Well, here we are!  (For anyone wondering why, here's the backstory).
It's week one of "Q4", traditionally the most important time of the year for sales of music.  So it should hopefully be no trouble at all to find a big selection of reissues and catalogue releases by women for me to talk about for the next three months at least.
The first thing to arrive in the post this week was Bangles Gold, a new collection by Demon featuring the Los Angeles quartet, as part of the label's ‘Gold’ compilation series.  I contemplated the 140g vinyl format - which prompted an inconclusive discussion in this house about whether 180g vinyl is actually better than 140g or literally just heavier.  But in the end went for the 3CD version, an absolute bargain at £5.99 on Amazon, because I wanted the additional mixes on the third disc.  My friend Ellie joined me for a cup of tea while I put the first disc on and we reminisced about our memories of the band’s big hits. There can hardly have been a girl in the mid-80s who didn’t like the Bangles.  40 tracks in all across the three CDs, and given the omnipresence of 'Manic Monday', 'Walk Like An Egyptian' and 'Eternal Flame', it was 'Going Down To Liverpool', 'If She Knew What She Wants' and 'Hazy Shade Of Winter' that provoked the bigger rush of nostalgia for me.  Favourite 'new' discovery was 'Everything I Wanted', included on their very first Greatest Hits release back in 1990 (if Wikipedia is to be believed, this is the 11th Bangles compilation release in the 3 decades since). 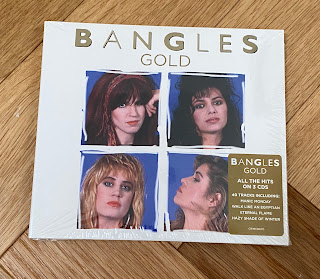 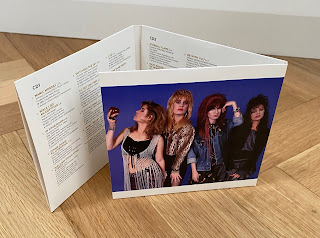 I listened to some of Lights 10 by Ellie Goulding on Spotify while waiting for the double-vinyl edition to arrive in the post from Resident.  I’d heard her cover of Elton John’s ‘Your Song’ a few times all right, but I am a 45 year old woman who had never listened to an Ellie Goulding album in full before (finger on the pulse, me).  I discovered that she’s pretty good at the pop stuff, in fairness. Lights 10 is a 10th anniversary collection for Ellie’s debut album Lights (say what you see…), and collects together the original album, plus the Bright Lights EP and the Run Into The Light Remixes EP.  It was released digitally back in February, and then on vinyl just last week for Record Store Day Drop 2.  One of the key points about this one its environmentally-friendly credentials.  Not just recycled black vinyl and recycled board, but also no shrink-wrap.  And I can confirm that my copy arrived absolutely pristine, despite the lack of shrink-wrap.  The discs are prevented from falling out of the sleeve by a sticker and I will admit to a conundrum as to whether I was supposed to cut through this sticker or peel it off.  Readers, I did the former (I have a bit of a phobia of stickers and I also wanted to retain the information printed on the sticker because that’s the way I roll), but it appears that the latter is also very feasible without leaving any residue or pulling the print off the sleeve with it.  For the sticker-phobic or sticker-averse, this detail will be important. Anyway, all in all, Team Ellie/Polydor/UMC are to be applauded for the environmental efforts here - and for a 2LP set that is bursting with tracks (23 in all over 93 minutes), it sounded great to me. 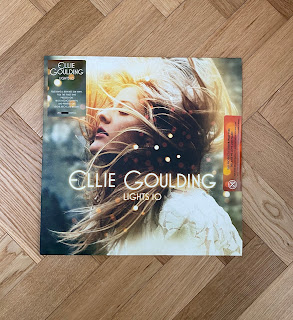 (Yes, I am showing off my lovely new flooring...) 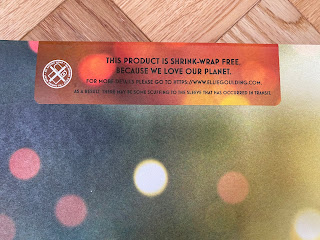 And finally... I’d like to draw your attention to the Diamond Edition of Shania Twain’s album The Woman In Me, which turned 25 this year and is reissued in multiple formats by UMe/Mercury Nashville this week.  Why Diamond, you ask?  Well, let me tell you.  Shania Twain was the first person in history to have three consecutive studio albums certified Diamond by the RIAA in America - for sales of over 10 million copies apiece.  She remains the only woman to achieve this.  She is the undoubted Queen of Country Pop.  This album which featured no fewer than 8 singles first time around, including many that remain staples of her live set to this day - 'Any Man Of Mine', 'No One Needs To Know' and 'Whose Bed Have Your Boots Been Under?' - has sold an incredible 20 million copies since its original release.  Full disclosure: I had a hand in this release so it would be somewhat unethical for me to harp on about how amazing the product is.  But as a statement of pure fact, the reissue will give you original b-sides and mixes, an early version of the album with Shania’s vocals front and centre, and a set of brand new live tracks from her Vegas residency that started at the end of last year (and like all other live shows is currently on pause).  Going through the archives earlier this year to research this reissue, it was impossible not to be impressed by the history of just how hard Shania worked to make this album the success it was - an archive snippet from the super deluxe edition 3CD format features Shania's whopping 49-stop radio promotion tour in late 1994, taken from an early fan-club newsletter. 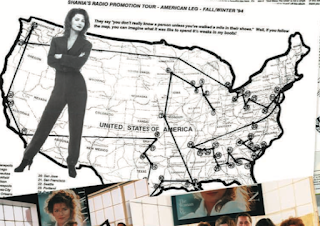 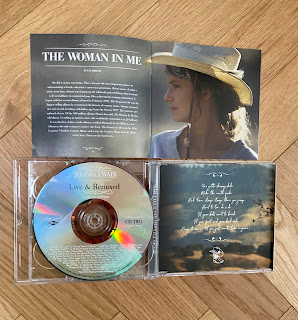 (Pictured here is the 2CD deluxe format - 3CD super deluxe to follow!)
Reissues announced this week include Aretha - a career spanning box set by Aretha Franklin - and a pair of Amy Winehouse box sets, all due out on 20th November.
Next week, the aim is to work my way through the Sade vinyl box set This Far which is released on Friday 9th.
And highlights from this week’s listening are collated in the first Reissues By Women Spotify playlist...