If there was an album to signal summer vibes, k.d. lang's makeover is it.  A new collection of remixes made between 1992 and 2000, it includes the US Dance Chart number ones 'Lifted By Love' and 'If I Were You', plus mixes of 'Miss Chatelaine', 'The Consequences Of Falling' and her cover of '(Theme From) Valley Of The Dolls'.  The cover artwork is a stunning, previously unreleased, David LaChapelle portrait of her from 1995.  I pre-ordered the translucent blue vinyl version with a signed print and I am hoping for swift transit from the US (and hopefully not horrific customs charges).  In the meantime, I am looking forward to some mother/daughter bank holiday craft fun with the printable 'makeover paper doll collection' that comes as a digital download with the package!  The collection is also available on CD and digitally and I have been enjoying it on Spotify while I wait for the vinyl.  Remix collections can be a mixed bag, particularly catalogue ones, but this 1990s collection sounds so fresh decades later, undoubtedly in no small part due to the strength of the songwriting.  I think this is going to be a go-to album for me for the next while to come. And there's a brilliant article by Larry Flick (Billboard Dance Music Editor from 1990 to 1998) on the Nonesuch website which puts it better than I could if you are looking for a long read about the background to this. 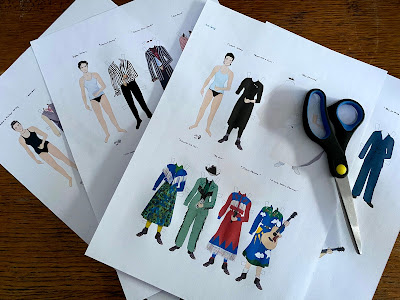 Toyah's 1980 album The Blue Meaning was released in remastered and expanded form this week, the second release in the reissue plan for her Safari Records catalogue, via Cherry Red.  The 2CD/DVD collection includes 27 bonus tracks, ranging from single mixes and live recordings to rarities and unreleased demos - as someone who grew up watching Toyah Willcox on Top Of The Pops in the eighties, the one I gravitated to first was the early original version of 'It's A Mystery' which was re-recorded by Toyah (the band) the following year, and was a top 5 UK single in 1981.  But there is so much depth to the collection here, and it is a brilliant reminder of her importance in music history alongside the likes of contemporaries Siouxsie And The Banshees and The Slits. Opening track and live favourite, 'Ieya', features in multiple forms - its original 8+ minute glory, the single edit, plus as part of a set at London's ICA in September 1980 and a newly recorded acoustic version on the bonus DVD which also includes new interviews with Toyah talking about the album, plus BBC archive performances.  There's a 24 page booklet, with extensive liner notes telling the story of the album, plus a new introduction from Toyah herself.  I love this bit: "I am often asked what was the inspiration behind all the anger and inversion on this album and I would have to say lyrically it was ME.  I had not only been given a voice but now had ears that listened thanks to our devoted audience.  It was time for revenge on my past".  And if you don't already follow Toyah on social media, it's definitely worth doing so.  Especially for her Sunday Lunch performances with husband Robert Fripp in her kitchen - this one where they performed The Prodigy's 'Firestarter' is a particular delight. 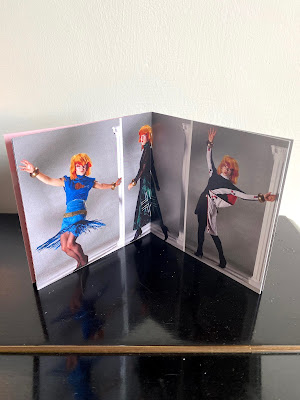 The next instalment of the PJ Harvey reissue series was released this week in the form of the 2006 compilation of her sessions with the late BBC Radio 1 DJ John Peel.  The full title - The Peel Sessions 1991-2004 - notes the detail on the eras covered: it spans session recordings from the start of her career in 1991 ahead of the release of her debut album Dry, up to 2000's Stories From The City, Stories From The Sea.  The closing track is from the 2004 John Peel Tribute event - a performance of 'You Come Through' from the album Uh Huh Her (which itself was reissued last month).   Also out this week is the single 'The Devil - Demo' taken from the forthcoming White Chalk - Demos album out at the end of next month. 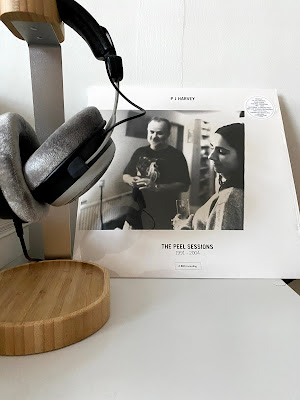 Discovered a gorgeous jazz album this week - Abbey Lincoln's 1959 album Abbey Is Blue has been reissued on vinyl and in high res digital audio via Craft Recordings.  Despite a sizeable jazz collection on the shelves of my house, jazz is not a go-to genre for me.  Particularly the screechy trumpety stuff.  But this is exactly the type of jazz I do like: sumptuous vocals, beautifully delivered and powerful without being overpoweringly screechy. Standout track is the self-penned 'Let Up'. 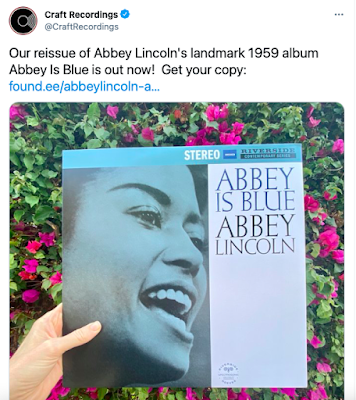 Hot on the heels of the recent reissue by The Go-Go's featured here a couple of weeks ago comes a 35th anniversary reissue of the debut album by Belinda Carlisle.  Simply titled Belinda, the album was originally released in 1986 after The Go-Go's split.  It features the single 'Mad About You' as well as 'I Need A Disguise' written by Susanna Hoffs, and covers of Tim Finn's 'Stuff And Nonsense' and Freda Payne's 'Band Of Gold'.  The reissue bonus disc includes the single mix of 'Band Of Gold' with Freda on backing vocals, as well as five live tracks.

A remix of Nelly Furtado's 2006 single 'All Good Things (Come To An End)' appeared in my Spotify Release Radar this week.  It's part of a four-track EP of new mixes of the track by German duo Quarterhead. 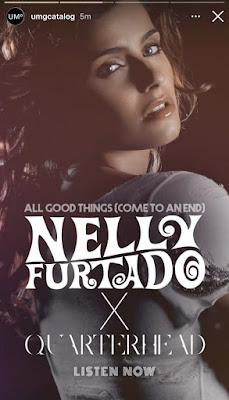 Róisín Murphy's remixes of her 2020 album Róisín Machine continue - this week sees the release of a new remix of the track 'Shellfish Mademoiselle'. 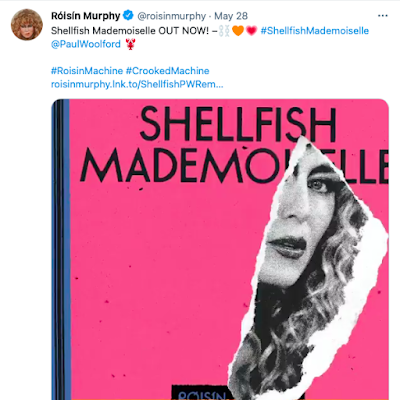 Lady Gaga announced the tenth anniversary reissue of her album Born This Way this week.  Out on 18th June, it will contain a bonus disc of "reimagined" versions of the album's tracks by artists who represent and advocate for the LGBTQIA+ community (first to be announced is a cover of 'Judas' by Big Freedia).  The links to pre-order it take you to a merchandise page that doesn't seem to feature music at the time of writing, but maybe someone will update this soon...!

Oh and another 6-track Taylor Swift EP of songs from Fearless (Taylor's Version) dropped on Monday: The I Remember What You Said Last Night Chapter.  "Now you know" apparently, according to her Instagram story.  Is this a safe space for me to admit that I actually haven't a clue?  And another EP arrived on Wednesday... 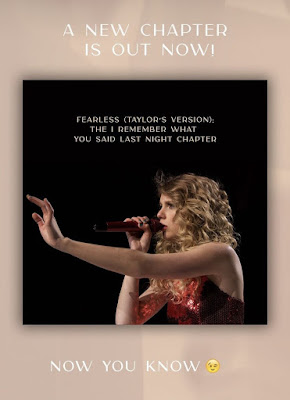 And the final preparations are underway for the Reissues By Women Summer Playlist, which will be appearing on Spotify on Tuesday morning, 1st June.  Thanks so much to everyone who has contributed.  In the meantime, the Reissues By Women 2021 Spotify Playlist has had the usual update with a selection of this week's tracks...