This week marked the first week since the blog began last year that I went to an actual shop in person on a Friday to buy a reissue by a woman on the day of release.  There is no doubt that the online retailers have been keeping us all going through lockdown, but what a lovely thing it is to go and have a browse and pick something out of the racks. Here I am excitedly standing outside Rough Trade East.  I found it a bit overwhelming to be honest (in a good way), not just the many record sleeves occupying space, but the books too.  Very nice to be immersed in a wider selection of cultural artefacts than the limits of those which exist within the four walls of my own home. 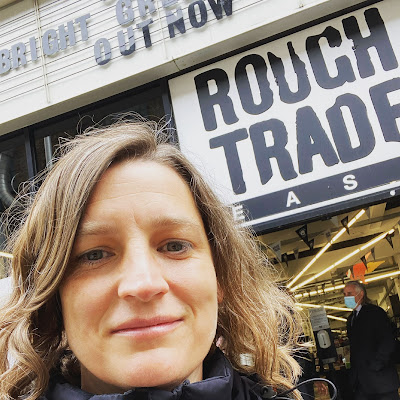 So, what did I buy, you ask?  Well, I bought the 10th anniversary indies-only red vinyl pressing of Anna Calvi's self-titled debut album.  And what delight it has brought me this weekend.  The album received wide critical acclaim following its release in early 2011, it was nominated for the Mercury Prize in 2011 (the year that PJ Harvey won it for Let England Shake), the first of Anna's three Mercury Prize nominations.  And it features Brian Eno on two of the three singles: 'Desire' and 'Suzanne & I'.  The reissue has brand new cover artwork, and previously unseen photos in an 8 page booklet tucked into the gatefold.  Plus there's also the afore-mentioned vibrant red disc to behold.  A lovely package, and a superb album.  (It's one I actually can't believe I didn't have in my collection before - but I had a three-month old baby when it came out originally, so music had had to be massively downgraded on my list of priorities...) 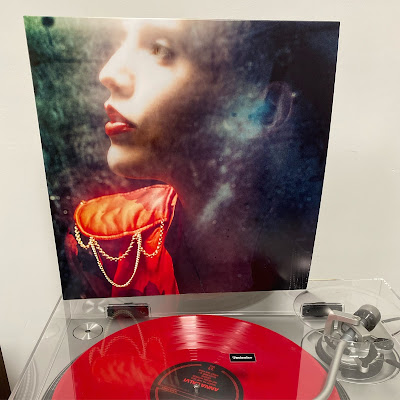 Friday night has been the night for TV watching over the past few months as far as I am concerned.  Top Of The Pops 1990 at 8:30pm on BBC4, over to Gogglebox on Channel 4 at 9, and then a 90-minute run through whatever year it is on Britain's Favourite 80's Songs over on Channel 5 (now morphed into Britain's Favourite 90's Songs as of this week).  The Favourite Songs series is a classic combo of talking heads plus video clips, and it's such a welcome trip down memory lane de nos jours, as the French would say.  And whilst there are indeed many men amongst the talking heads and hit-makers (and I'm still perplexed as to why they are filming Paul Young from an angle above him), it hasn't felt as male-dominated as music documentaries often can.  Regular contributors across the eighties decade have been Toyah, Carol Decker, Yazz and in the later eighties years, Sonia.  And she is still as bubbly now as she was then.  In the 1989 episode which went out just over a week ago, she tells the story of how she badgered Pete Waterman to listen to her sing.  Which led to the start of her working relationship with the musical powerhouse that was Stock Aitken Waterman (SAW) and her debut single 'You"ll Never Stop Me Loving You' going to number 1 in the UK charts.  She was just 18 at the time, and was the youngest British female singer to top the charts since Mary Hopkin many years previously.  All five singles from her debut album Everybody Knows were top twenty hits in the UK, and she was the first British female to achieve this feat.  And so this week sees the release of Everybody Knows: The Singles Box Set - a collection of 6 expanded CD singles (including 'You've Got A Friend' with Big Fun).  And it's everything you would expect - from the opening bars of CD1 track 1, I was transformed back into the late 80s with that signature SAW sound. The box set comes with a brand new booklet, with handwritten notes and memories from Sonia about each of the songs.  A lovely collector's set. 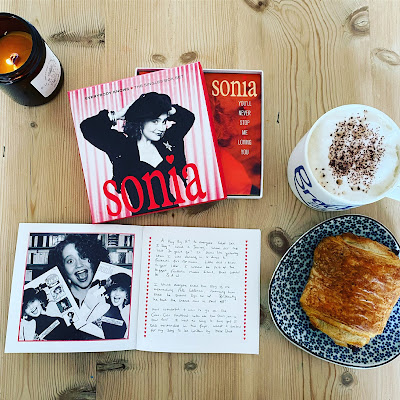 And if all this talk of eighties singles has you excited and looking for more to read and reminisce about, Classic Pop magazine has compiled their list of Top 20 Girlband Singles Of The 80s this week.

Featured in that list are The Go-Go's - and God Bless The Go-Go's, the 2001 album by The Go-Go's has been reissued this week for its 20th anniversary.  This is the fourth album in their catalogue - their debut, Beauty And The Beat, was a number 1 on the Billboard albums chart in 1982, and they were the first all-female line-up writing their own songs and playing their own instruments to achieve this.  Although familiar with their 80s' hits like the classic 'We Got The Beat', plus band member solo works such as guitarist Jane Wiedlin's 'Rush Hour' and of course, Belinda Carlisle's 'Heaven Is A Place On Earth', this is not an album I had an awareness of before I started this blog.  And it has been firmly added to the list of things I am pleased that I discovered.  It was their first album in seventeen years, but still retains their signature sound, an unmistakeable blend of Californian rock.  Green Day's Billie Joe Armstrong is a co-writer and performer on single 'Unforgiven' and even his normally distinctive vocals are no match for Belinda Carlisle's.  The album is reissued on blue vinyl, and a deluxe version with two bonus tracks and new cover artwork is available on CD and digitally.  The Go-Go's were on the list of eligible artists for the Rock And Roll Hall Of Fame this year, and their almost daily instagram reminders to their fans to vote for them were a joy to behold.  And it paid off, it was announced this week that they would be one of the artists inducted this year - deservedly so - alongside Tina Turner and Carole King. 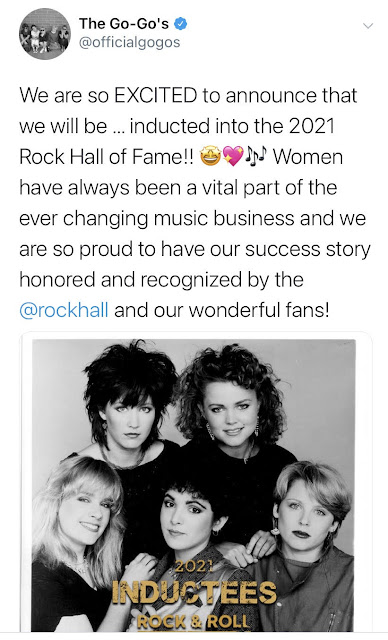 The latest remix from k. d. lang's forthcoming Makeover collection was released this week.   'If I Were You', remixed by Junior Vasquez is another summery dance-pop slice of joy. The album is out on 28th May. 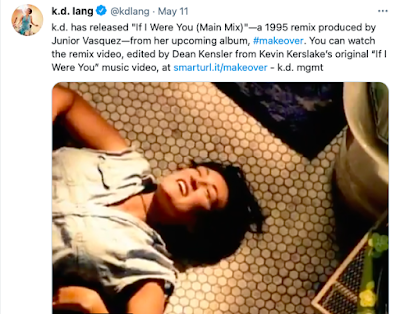 And I have also been having a little chair dance this week to the new remix of Sugababes' 'Run For Cover'.  The reissue of their debut album One Touch was announced this week for release on 1st October, to much excitement.  There's a gorgeous limited edition tricolour vinyl version that comes with a signed print on their store (didn't waste too much time before pre-ordering that).  Been playing the original album too, had forgotten just how good it was. 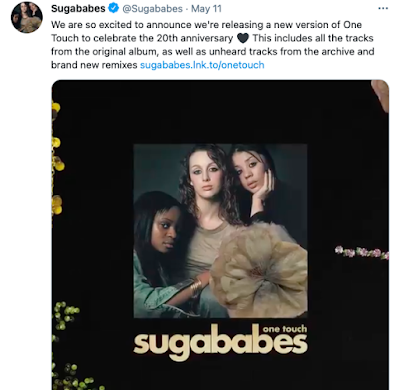 Copycat Killer, the 4-track remix EP of orchestral reworkings from Phoebe Bridgers's album Punisher was originally released back in November last year, but the vinyl format came out in the UK this week.  It includes alternative versions of the singles 'Kyoto' and 'Savior Complex', the latter of which includes my favourite line "But I'm too tired to have a pissing contest".  I hear you, Phoebe.

Champion of the repackaged EPs, Taylor Swift has delivered a smaller snapshot of some of the tracks from the recent release Fearless (Taylor's Version).  Entitled Fearless (Taylor's Version): The Halfway Out The Door Chapter, it includes the biggest talking point of the bonus tracks from the album - 'Mr Perfectly Fine' - alongside five others.  Perfectly digestible for those for whom 26 tracks is too much.  If her strategy on Folklore and Evermore is anything to go by, more of these EPs would not be unexpected. 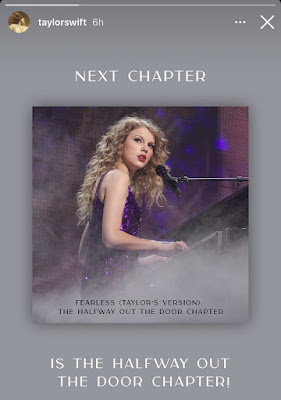 Not a reissue, but do go and stream the song 'Reclaim These Streets' by the Loud Women collective which came out this week.  All proceeds go to Women's Aid.  It features a whole host of female talent, including Siobhan Fahey and My Bloody Valentine's Debbie Googe and the video is uplifting and inspiring.  I've included it in this week's adds to the Reissues By Women 2021 Spotify Playlist too. 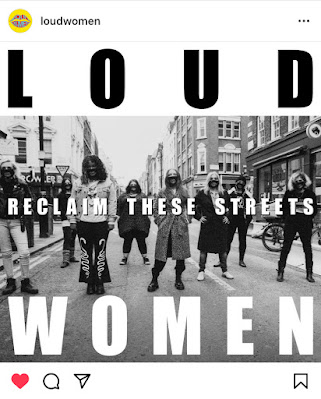 This week was the Brit Awards in the UK. Each year one of the major labels oversees the event, and this year was the turn of two women - Becky Allen and Selina Webb from Universal.  Interesting to observe the high proportion of awards going to women, and justifiably so.  Highlight of the night for me was watching Little Mix, two of whom are pregnant, accept their award for Best British Group.  They are the first female group in the history of the event - which has been running for decades - to win this award.  Their acceptance speech - where they name-check some of the other girl bands who deserved to win this award in the past (Spice Girls, All Saints, Sugababes, Girls Aloud) is worth a watch.  Awards also went to Arlo Parks, HAIM, Billie Eilish, Dua Lipa and Taylor Swift, and in total, as noted by The Guardian among others, women won 85% of Brit Awards in the mixed-gender categories. 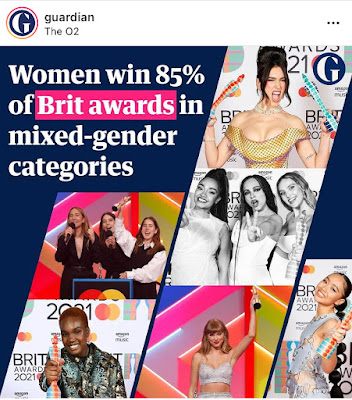 Also on UK TV this week was a documentary by Little Mix's Leigh-Anne Pinnock called Leigh-Anne: Race, Pop & Power on BBC, where she explores racism in the UK music industry and talks to other female artists including Alexandra Burke, Keisha Buchanan and Raye who share their experiences.  Important viewing. 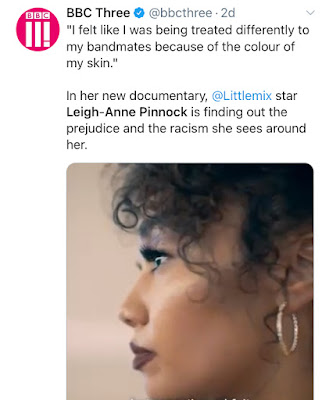 And a reminder as we are now over halfway through May, that there are just two weeks to go until the Summer Playlist launches.  Don't forget to share your suggestions for summer-themed songs by women - email hello@reissuesbywomen.com or DM via Instagram or Twitter.  All genres welcome/encouraged.