Ireland's 'First Family Of Music' is a moniker often used to describe The Nolans, who are one of the biggest selling girl groups of all time, with an estimated 30 million records sold.  But what I didn’t know until this week is that the family originally hailed from the Northside Dublin suburb of Raheny - which is where I hail from myself.  Based on that alone, I was compelled to hand my £5.99 over to Jeff Bezos (despite having already covered the Gold series by Demon on the first week of this blog), and my copy of The Nolans’ Gold promptly arrived from Amazon on Friday.  The release marks the 60th birthday of Bernie Nolan, and includes 45 tracks across 3 CDs, of course opening with their biggest hit ‘I’m In The Mood For Dancing’ from 1979.  This is followed by subsequent singles - including 'Gotta Pull Myself Together', 'Attention To Me', 'Don’t Make Waves', 'Don’t Love Me Too Hard' - as well as a collection of cover versions of classic hits of the 70s like Stevie Wonder’s 'Isn’t She Lovely', The Beach Boys’ ‘God Only Knows’, ABBA’s ‘Money Money Money’, Simon and Garfunkel’s ‘Bridge Over Troubled Water’, Elton John’s ‘Your Song’ and Wings’ ‘Mull Of Kintyre’ that featured on their debut album 20 Giant Hits in 1978.  The third disc closes with seven songs from their 2009 reunion, including a blistering version of 'Holding Out For A Hero' and a poignant rendition of Duffy's 'Mercy' by Linda.  Friday afternoons in my house these days are when I help my 9-year-old son to bake and (in a time when going out dancing is no longer a thing) the collection was the perfect accompaniment to that, having a little dance and a singalong in the kitchen while we rolled out the pastry.  No doubt like my mother’s generation would have done when many of these songs were originally released.  The appeal of The Nolans is still incredibly strong, I had so many warm conversations with people this week about them and I'd love to see this do well for them in the charts on Friday. 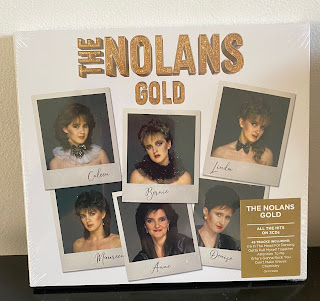 I had made a note to mention Miley Cyrus’ captivating cover of The Cranberries ‘Zombie’ this week.  It was performed as part of the NIVA Save Our Stages festival, which saw Miley take to the stage at the legendary Whisky A Go Go in Los Angeles in a fundraiser hosted by YouTube to raise money to support the independent venues in America at a time when live performances as we know them are impossible.  And then The Cranberries themselves released a brand new lyric video for Zombie, ahead of the reissue of their second studio album No Need To Argue which comes out next month.  The new video includes additional live footage from Limerick in December 1993 and Paris in 1999 (and was made by Shannon Conway who is a very talented creative that I have had the pleasure of working with).  More on The Cranberries next month... 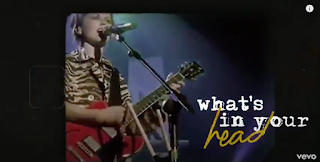 Continuing with the Irish-theme (which wasn’t an intentional slant for this week), A Box Of Dreams was a 1997 3-disc collection released alongside Enya’s greatest hits Paint The Sky With Stars.  Over the past three months, each of the three components from the box set have been made available digitally - Oceans (August 2020), Clouds (September 2020) and now Stars, which has just been released this week to complete the set.  Stars is the slowest and more "atmospheric" of the three, and as with all of Enya’s work, is a blend of multilingual compositions - in this case not just English and Irish, but also Spanish ('La Soñadora'). Enya is Ireland’s best-selling solo artist by quite some margin, with an estimated 80 million albums sold, and this collection covers the first decade of her solo career. 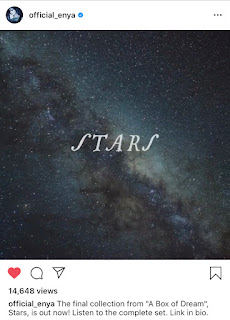 Twenty years to the week it was first released, Nelly Furtado’s debut album Whoa, Nelly! gets a digital expanded reissue.  The original 12-track album is expanded with a further ten bonus tracks including an acoustic version of ‘I’m Like A Bird’ and the full version of the Timbaland mix of ‘Turn Off The Light’.  There’s also a live version of ‘Baby Girl’ recorded in London, just a few months after I saw Nelly perform at Slane Castle in Ireland as it happens (it really is all about Ireland this week).  I’d love to say I remember her set well, but all the photos from that day seem to involve pints in hands which would explain why the memories are a bit hazy.  Nelly shared the bill with the Republic Of Ireland football team whose ten men win against the Dutch was broadcast from the stage - a tough act to follow! 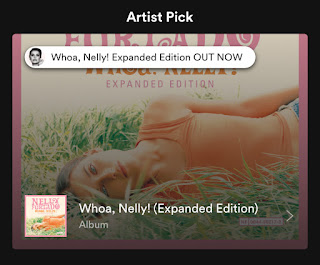 Singles this week include a digital reissue of the remixes from Madonna’s 1992 single 'Erotica', and a cover of Bruce Springsteen’s 'The Rising' by Heart's Nancy Wilson, which is the first single from her forthcoming solo album out next year. 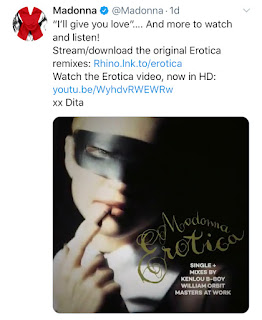 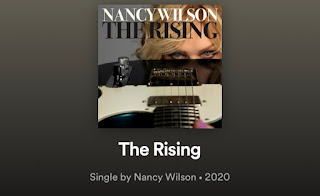 Also coming next year is Nancy Sinatra’s Start Walkin' 1965-1976, which was announced this week for release in early February 2021.
This week's "it's not a reissue but I'm going to mention it anyway..." is Katie Melua's new album Album No. 8, which charted in the UK at number 7 this week.  It's 37 minutes of loveliness (my hard-hitting critical verdict).
It was RSD Drop 3 this weekend - the final instalment of the rescheduled Record Store Day 2020 releases for this year.  Releases were available in-store only until 6pm on Saturday 24th and then anything leftover went online.  I have ordered a copy of Jessie Baylin's Pleasure Center EP from Resident in Brighton, and assuming our postal backlog clears I will hopefully feature it next week, among other things.  I hovered over the buy button for Lil Kim's 9 on sky blue vinyl too but in the end I gave the money to a fund to feed vulnerable school children that the UK government voted to turn their backs on during half-term instead.  I reckoned Lil Kim wouldn't mind.
And as always, the Reissues By Women Spotify playlist has been updated with a selection of this week's releases.  I'm in the mood for chancin'...