This might be one of the best Record Store Day releases ever...  A bold opening statement for this week's blog, to describe Pleasure Center EP by Jessie Baylin, released last weekend for Record Store Day 'Drop 3' on Baylin's own Blonde Rat label.  Four-track cassette recordings, made over 4 days nearly a decade ago at Jessie's home in Nashville with producer Richard Swift, of songs such as Sonic Youth's 'Little Trouble Girl' and Stevie Nicks' 'Storms' as well as Baylin's own 'White Noise'.  Originally released online back in November 2011 for just one month and then subsequently taken down, the RSD reissue now includes a bonus track - an acoustic demo of 'Black Blood', a single from Jessie's 2015 album Dark Place. Cut at 45 rpm and pressed on black and white marbled vinyl, it's the kind of record that when you get to the end of Side B, you flip it over immediately and play on repeat.  And all proceeds from the sale of this are being donated to Richard Swift's Fug Yep Foundation.  As archival releases for Record Store Day go, to me this one is a great concept that has been perfectly executed. Oh, and did I mention the photo of the original cassette on the inner sleeve? (I can't get enough of photos of cassettes in reissue artwork.)  As it's limited edition, it's likely to be difficult to get hold of the vinyl - although at the time of writing it looks like Resident in Brighton may still have some if you're quick (Update - you can also get the vinyl EP direct from Jessie's own online store in the US). The EP was in fact also released digitally just this Friday, which is good news because it is so beautiful that I would urge you all to take 24 minutes out of your day to listen to it right now.  I'm working my way through her entire back catalogue for the rest of the weekend. 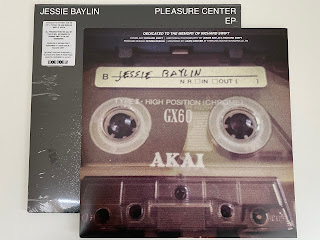 In a world where gathering together to listen to music is no longer possible, listening to the delight of the crowd during the 11-minute-plus extended live version of the closing track on Rumours, ‘Gold Dust Woman’, is quite something.  It is one of 17 tracks in a 95 minute set across two discs in this new live album by Steve Nicks recorded in 2017 during The 24 Karat Gold Tour.  Stevie Nicks is noteworthy for many reasons, among them that she is the only woman to have been inducted twice into the Rock And Roll Hall Of Fame (as a solo artist last year, and as a member of Fleetwood Mac in 1998).  The tracklist covers all parts of her career, including the first ever live performance of Buckingham Nicks’ ‘Crying In The Night’ (offering my services here and now to project manage a 50th anniversary release of that album for 2023) right up to ‘Starshine’ from the 24 Karat Gold album itself, released in 2014.  CD 1 closes with a dedication to Prince on the song 'Moonlight (A Vampire’s Dream)' from 2011’s In Your Dreams and also includes Stevie’s first solo single ‘Stop Draggin’ My Heart Around’, written by Tom Petty.  But it’s the latter half of disc 2 that really shines.  Following 'Gold Dust Woman' is an almost ten minute version of 'Edge Of Seventeen' from her debut album Bella Donna, into ‘Rhiannon’ and ‘Landslide’ from Fleetwood Mac’s eponymous 1975 album to close the show.  The CD format includes a 12-page booklet with photos from the tour, and a vinyl version will follow in early 2021. 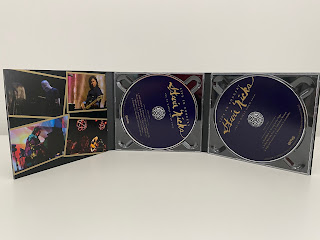 No blog about catalogue releases by women worth its salt could fail to mention the Joni Mitchell Archives release out this week.  Vol. 1: The Early Years spans 1963 to 1967 and opens with ‘House Of The Rising Sun’, her first known recording from a radio session in 1963 (a year before the Animals’ recording of the song topped the singles charts).  There are a whopping 119 tracks in total in the 5CD deluxe format, which includes demos, radio sessions and live recordings, clocking in at just under 6 hours.  The archival approach is really strong here, with the inclusion of introductions to many of the songs played live or in session which really add to the level of depth for the listener.  As someone who is not a Joni Mitchell connoisseuse, I loved the detail in the introduction to ‘Both Sides Now’, opening the radio session for Philadelphia’s What FM from 1967, which made me really listen for the first time to the lyrics of a song I have heard many, many times.  As the ‘Vol. 1’ suggests, this is the first in a number of planned box sets - and one which sets the bar very high.

Also out this week are:
Recollections - a 5-track covers EP by Wynonna Judd of songs including Nina Simone's 'Feeling Good' and John Prine's 'Angel From Montgomery'.
A new-to-digital EP for Madonna's 'Secret' (one of my all-time favourite Madonna songs), with 5 additional mixes.
A cover of Queen & David Bowie's 'Under Pressure' by Yeah Yeah Yeah's Karen O (Freddie) with Willie Nelson (Bowie).
A new performance of Natalie Merchant's 'This House Is On Fire' from her 2001 album Motherland, recorded at the Hudson Valley Votes concert.
And Ace Records have a couple of reissues by women out this week too - 21 Of The Best 1971-1983 by Millie Jackson and Loleatta/Cry To Me by Loleatta Holloway.
As always, there's a selection of this week's tracks in the updated Reissues By Women Spotify playlist.
Until next week...