Siouxsie And The Banshees, first singles collection, half-speed master, on ultra-clear vinyl.  Well this is quite the delight!  Once Upon A Time/The Singles was originally released in December 1981 and includes 10 singles from the previous 4 year period, including my personal favourites 'Happy House', 'Hong Kong Garden', 'Christine' and 'Spellbound'. I've hyperlinked the title, but it seems this reissue (via UMC/Polydor) is sold out everywhere, potentially on pre-sales alone.  Hopefully there is a repress or a black vinyl version in the works because I can imagine a lot of people reading this who would like to get their hands on it.  So much attention to detail in the package, beautifully vibrant spot gloss on the front cover, and you have to respect a band who doesn't have a barcode on the artwork (contained on a sticker on the shrink-wrap, which regular readers won't be surprised to know that I have neatly cut out and tucked into the sleeve!).  Printed inner sleeve with original notes by Paul Morley, vinyl housed in a separate poly-lined inner, and a vivid red and black large folded poster.  The audio has been mastered and cut at half-speed at Abbey Road and unsurprisingly sounds super.  Stating the obvious that it's a really brilliant collection of songs from the band who are cited as an influence by so many major artists of the last four decades.  It really is not at all surprising that it is sold out, and apologies in advance for annoying you all by talking about something that you can't get your hands on immediately... 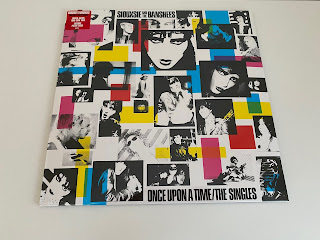 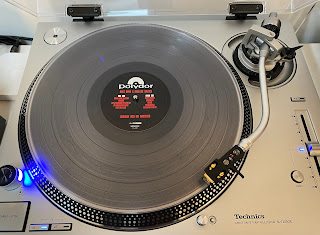 Another lovely package that arrived in the post this week was a reissue of Bath Time by Galway's Maija Sofia. I happened upon this in one of those best-of-the-year lists and as I am a sucker for anything that comes with a limited edition signed print, I ordered it.  It is a one-year anniversary reissue of this debut album on indie label Trapped Animal, which was nominated in Ireland for the prestigious Choice Music Prize.  It's a really gorgeous folk album, which I found all the more fascinating because it is a collection of songs about women in history and female experiences - often tragic or unjust - including the stories of Edie Sedgwick, Jean Rhys and Lizzie Siddal.  It's a great vinyl package too - 'bathwater' green and white marbled vinyl, housed in a printed inner sleeve with lyrics - and for an album with such strong narratives like this it really enhances the listening experience to be able to read and ponder the lyrics.  And the afore-mentioned limited edition numbered signed print (I got number 20 of 100 - love a round number!).  Copies of this one are still available via Recordstore as at time of writing!! 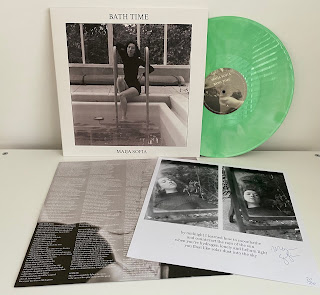 Nonesuch Records' Instagram alerted me to a vinyl reissue of k.d. lang's 2008 album Watershed out this week.  I'd already blown my vinyl budget for the week, but I had a listen to this digitally on Thursday morning and I have to say it was the perfect soothing antidote to a gloomy and grey day.  This was a top ten album in the US when it was originally released, and I can see why.  Recommended listening. 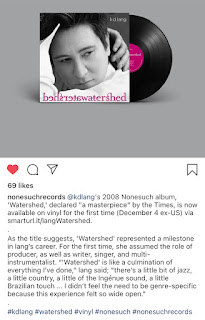 Mica Paris' Gospel album was released this week via Warner - it's a new album, but I'm including it here as it's a covers album which came about following Mica's documentary series on Gospel music for the BBC.  And also because it's clearly a lovingly curated and polished collection of music.  Mica's take on songs like Labi Siffre's '(Something Inside) So Strong', Foreigner's 'I Want To Know What Love Is', U2's 'I Still Haven't Found What I'm Looking For' and Rag 'N Bone Man's 'Human' sit beside more traditional songs such as 'Oh Happy Day' and 'Amazing Grace'. And for those who like signed things, Rough Trade have a limited number of signed CDs (nice Christmas gift idea?)! 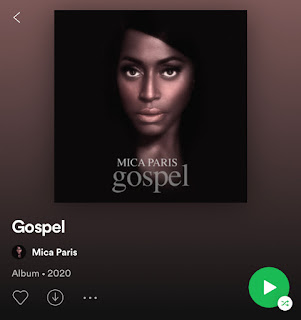 My chosen purchase from the Record Store Day Black Friday list last week was a 2LP vinyl release of Alanis Morissette's Live At London's O2 Shepherd's Bush Empire, 2020.  All tracks from her 1995 breakthrough album Jagged Little Pill plus a few more, performed acoustically at the start of March before a global pandemic decimated her tour plans.  The whole set is brilliant, and the more that I listen to it, the longer my list of favourite moments gets.  Some standouts for me though: the visceral anger of the 1995 studio recording of 'You Outta Know' is replaced with an achingly haunting acoustic version where Alanis is backed by a crowd of a couple of thousand people singing Every Single Word - we might have moved on from where we were back then, but we definitely haven't forgotten.  And in the set closer 'Thank U', a rendition that is both poignant and joyous, the crowd carry the original melody in harmony when Alanis makes a tweak to how she sings the line "thank you disillusionment". The vinyl is limited (to 7000 copies), so if you can't get your hands on it, the songs are available digitally on the 25th anniversary reissue of the album which came out in June via Rhino.  And if anyone has a spare ticket to the rescheduled 2021 London shows, you know where I am. 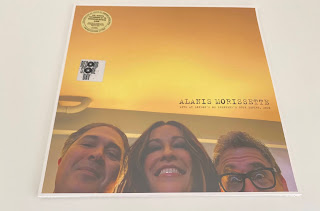 Singles out this week include a digital maxi-single reissue of Madonna's 'Justify My Love', and a demo version of PJ Harvey's 'Angelene'.

I can't finish up without a word about Christmas.  Thank you so much to everyone who has got involved with the Reissues By Women Christmas playlist over this past week: contributing, listening, sharing.  It was such fun to curate, and all the messages have been so heartwarming (even the ones haggling over the song selection criteria!).  Seems like a bit of Christmas joy was what a lot of people needed, myself included. 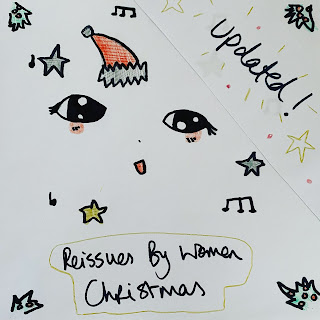 (And not forgetting the "main" Reissues By Women Spotify playlist which has also been updated with a selection of tracks from all the releases mentioned this week...)