Listening to the new Joan As Police Woman album Live, I am reminded that I am not a proper music writer - in that I am struggling to put into words how much I am enjoying it.  'Sublime' is a good word to describe it for starters, I suppose.  'Wonderful' too, to quote the opening track....  Despite the album title, it's not a "live" album in the way you might traditionally expect, in that it isn't a recording of a live show with an audience present.  Instead, Joan Wasser and her band went into Jazz Studios in New York at the end of the tour for her 2018 album Damned Devotion in November of that year, and captured the tour set list from start to finish.  Eleven of that album's songs feature, along with songs from her first three studio albums; closing with a superb cover of Prince's 'Kiss'.  It was mixed during lockdown in 2020 and released this week - digitally, on CD, and on blue or yellow vinyl (I ordered the yellow, which is the more limited of the two, direct from Reveal Records, they've got 15% off with the code REVEAL15 until the end of January - photos to follow on Instagram when it arrives).  It's a brilliantly documented record of that period in time, and it's an approach that it would be great to see more of from other artists.  Highly recommended. 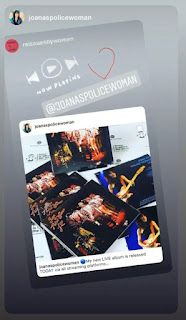 Sleeper's This Time Tomorrow: The Lost Album came out last week and my signed copy arrived a few days ago.  I may have said this once or twice before, but I love a signed record!  This Time Tomorrow features ten completely unreleased tracks from 1999-2000, unearthed and finished during 2020's lockdown.  All songs were recorded in London and Brighton - according to the sleeve notes, some in their attic, some on a boat and some in George Michael's Highgate studio.  It would be remiss of me not to mention George Michael contributed backing vocals on the song 'We Are Cinderella' on side 2 (as well as contributing his studio facilities).  This album is a cheerily delightful snapshot of late nineties Britpop, and a reminder that Gallagher and Albarn and Cocker were not the only voices of the era. Special mention for the vintage/archival motifs in the design too. The first run of red vinyl has sold out, but another run is in the works and expected in late March; it's also available on CD.  It's not available on digital platforms, but there are song previews via the band's store for immediate listening needs.  (Side note chat for anyone watching The Masked Singer UK - I am convinced after last night's episode that Sausage is Sleeper's Louise Wener...) 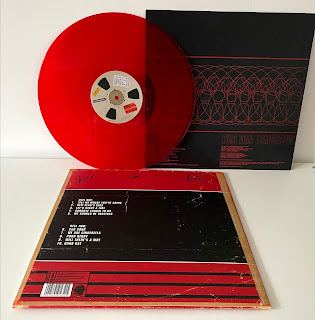 The PJ Harvey reissues and demos series recommenced this week with a vinyl reissue of her 1998 album Is This Desire? and an accompanying collection of demos of every song from that album on vinyl, CD and digital, all previously unreleased.  The demos give a fascinating glimpse into the writing and recording process - all played, recorded and produced by Polly herself - and highlight how strong her vision for the end result is right from the beginning.  Next up in the series is the Mercury Prize-winning Stories From The City, Stories From The Sea which comes out at the end of February, also with an album of demos. 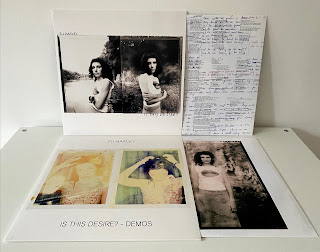 More 'MC30' activity this week, this time the focus is on The Emancipation Of Mimi, Mariah Carey's tenth studio album - a number 1 in the US when it was originally released in 2005, and an album that has sold more than 10 million copies to date.  An 'Ultra Platinum Edition' of the album has been delivered to digital services, along with six digital EPs (39 tracks in total) of remixes/alternative versions from it: 'We Belong Together', 'Don't Forget About Us', 'It's Like That', 'Shake It Off', 'Say Something' and 'Your Girl'. 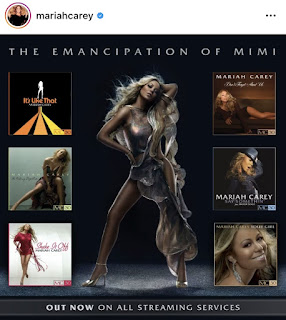 As always, a selection of tracks from the releases featured this week have been added to the Reissues By Women 2021 Spotify playlist.

And the 'collectively compiled' International Women's Day playlist is coming along nicely for March 8th.  Thanks to all who have contributed so far - and if you'd like to send some suggestions (or indeed more suggestions), the address is hello@reissuesbywomen.com.