With it being a bank holiday weekend, and seemingly no really big reissues out this week in physical form, it was a tiny bit tempting to just take a week off.  But then I spent a couple of days discovering a host of digital singles and EPs out in the last couple of weeks which felt worth sharing, both below and in the Reissues By Women 2021 Spotify Playlist...

Amy Winehouse At The BBC was announced last week, and three new-to-digital songs have been made available this week (to add to the three that came out on announcement), including a superb performance of 'Take The Box' from the Mercury Prize Awards ceremony in 2004.  At The BBC is going to be a 3-disc collection, available in CD, vinyl and digital formats on 7th May, taking the performances from a DVD release that came out almost a decade ago and making them available in audio form for the first time.  Regular readers of the blog will know that Amy's live album recorded at London's Shepherd's Bush Empire was released bit by bit earlier this year, so I can't help wondering if that's what we will be seeing happening here over the next few weeks based on the two digital drops already.  One to watch on Fridays! 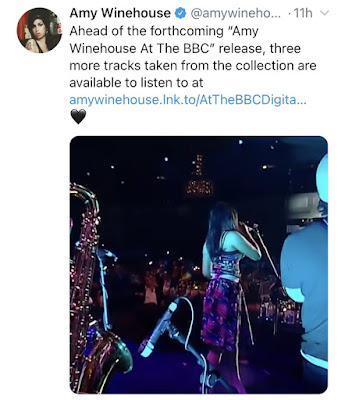 Norah Jones has a live album coming out on 16th April - and there is a lovely short trailer on her YouTube channel explaining her motivation for doing so, to remind people of the joy and warmth of live shows.  It's called Til We Meet Again and two tracks from 2018 have been made available in advance - a version of her massive 2002 hit 'Don't Know Why' performed in Perpignan in France came out this Friday, and last week 'It Was You' from a festival performance in California.  'It Was You' was originally released on her 2019 album Begin Again, lesser known to me than 'Don't Know Why' from the diamond-selling album Come Away With Me (an album I played non-stop when it came out in 2002), and a really welcome rediscovery. 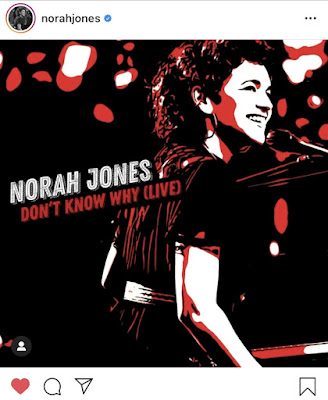 I mentioned Sharon Van Etten's forthcoming Epic Ten a few weeks back, the 10th anniversary reissue of her album Epic which includes covers of the original album's tracks by a host of other artists that she admires, out on 11th June. Fiona Apple, Courtney Barnett, St. Panther and Lucinda Williams are just some of the artists involved - Lucinda's excellent cover of 'Save Yourself' has been released digitally in the last fortnight, and 'Don't Do It' by Courtney Barnett & Vagabon came out this week. 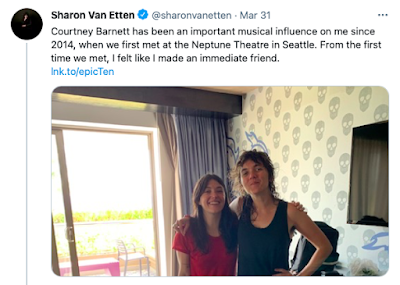 Judy Collins has released the title track from her forthcoming covers anthology White Bird: Anthology Of Favorites which comes out on 7th May, and will feature covers of songs including Joni Mitchell's 'Both Sides Now', Stephen Sondheim's 'Send In The Clowns', The Beatles' 'Blackbird' and Joan Baez's 'Diamonds And Rust' (a new duet by Judy and Joan for this release). 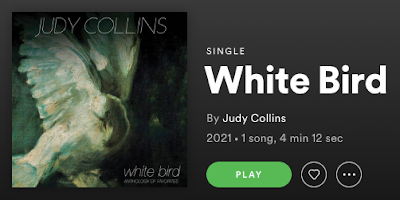 Warpaint have released their cover of 'Paralysed' which is part of the tribute album The Problem Of Leisure: A Celebration of Andy Gill And Gang Of Four out next month.  Other women involved in the project include La Roux and Gail Ann Dorsey.  There's an extremely poignant video about the project by Catherine Mayer, Andy's widow, on the Gang Of Four website.  (On a related note, Warpaint's cover of 'Ashes To Ashes' by David Bowie is one of my favourite cover versions ever.  It's in the International Women's Day Spotify Playlist if you haven't already heard it). 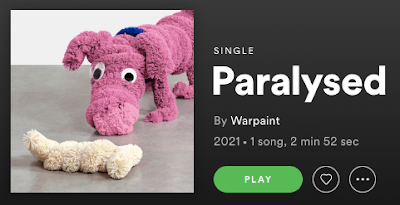 Taylor Swift posted a coded message on social media on Friday.  Thankfully she posted the 'cracked code' on Saturday because I was not hardcore enough to crack it.  She was announcing the six previously unreleased 'From The Vault' titles from the expanded version of Fearless (Taylor's Version), due out in a fortnight. 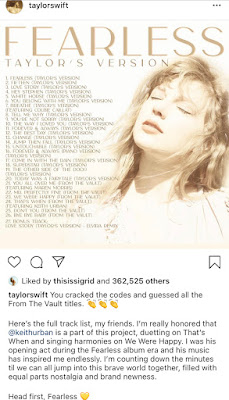 Also announced this week is PJ Harvey's The Peel Sessions 1991-2004, the latest in the series of vinyl reissues of all albums in her catalogue.  Out on 28th May. 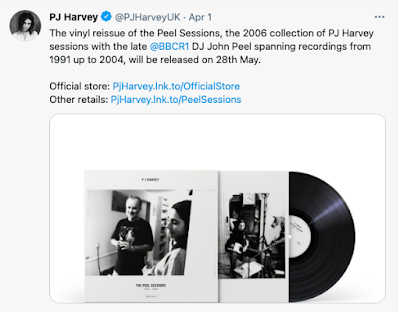 I watched the Paloma Faith documentary As I Am on the BBC iPlayer this week.  The one-hour film shows her on tour to promote her 2018 album The Architect while being a parent of a small baby.  It's a real eye opener in terms of the pressures that women in the music industry face when they become mothers in an industry that makes little concession for this element of a woman's life, and shows why so many women put their music careers on hold when they have children, because it's not really possible to "have it all".  Next film on the watchlist is Tina, Sky's documentary about Tina Turner. 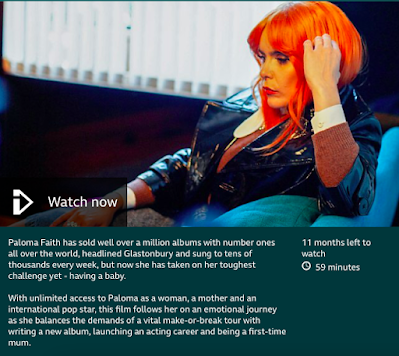 And I have also been really enjoying Tracey Thorn's new book this weekend. My Rock 'n' Roll Friend is about her friendship with The Go-Betweens' drummer Lindy Morrison.  I love how Tracey Thorn writes, she is one of only a small number of writers whose books I buy on the day of publication, and I will be very sad when this book ends (likely before lunchtime today judging by how much of it I have already devoured).

I realised that this blog is 6 months old this weekend.  Time flies (actually, these last six months have felt Very Long, but not because of the blog!)  Thanks to everyone who has read and liked and suggested and contributed.  Here's to another 6 months...