For those of us in the UK, this week marked a sense of change in our lives as shops reopened, as did pubs, cafes and restaurants with outside spaces.  And although there are still notifications coming through of live gigs having to be postponed until later in the year or next year, there is still a sense that we're on the road now to them actually happening.  Which makes it nice timing for the new Norah Jones live album - 'Til We Meet Again - which was released this week via Blue Note.  The 14-track collection is her first ever live album, the motivation for which came from the energy she felt on revisiting some recordings from her tours between 2017 and 2019 and a desire to reconnect with that energy during a time when live music is off the agenda.  It covers songs from the breadth of her career to date, including 'Cold, Cold Heart', 'Don't Know Why' and 'I've Got To See You Again' from her 2002 debut album Come Away With Me, 'Sunrise' and 'Those Sweet Words' from the 2004 follow-up Feels Like Home, plus a gorgeous tribute to Chris Cornell in the form of a cover of Soundgarden's 'Black Hole Sun'. It's available in 2LP vinyl, CD and digital formats; I got the vinyl which comes in a gatefold sleeve and conveys all of the energy and warmth Norah would have hoped for.  There are a lot of people thanked and acknowledged in the inner gatefold, and my favourite sentence is this one: "Thank you to the promoters, booking agents, managers, and nannies, who take special care in the planning of everything".  A reminder that, for an artist who is also a mother, childcare is one of the most important factors when organising a tour. 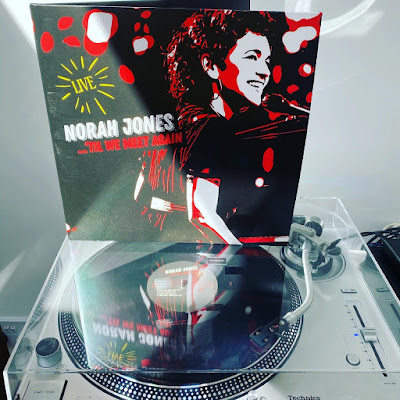 As mentioned in the blog over the past few weeks, Sharon Van Etten has been releasing some of the newly recorded cover versions of the songs from her 2010 album Epic in the run up to Epic Ten, which was released digitally this week.  This week's highlight track is Fiona Apple's cover of album-closer 'Love More' and there is an incredibly heartwarming backstory on Sharon's Instagram about what Fiona Apple meant to her as a teenager.  I love the approach here, asking a cross-section of artists that she admired - from those she was aware of growing up (Lucinda Williams, Big Red Machine), to peers (Courtney Barnett, IDLES), and newer artists (St. Panther, Shamir) - to each record a song from the original album.  Often with 'bonus tracks' on a reissue, they provide a bit of initial interest and ultimately send you back to the original, but in this case, both components have such independent merit as bodies of work. Physical formats are coming in June, I have already pre-ordered a signed vinyl version and I am very much looking forward to holding it in my hands then.  There's also a coloured version via Sharon's store. 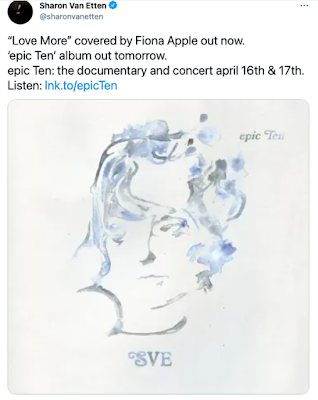 The latest in the Tammy Wynette CD collections series by Morello Records is out this week - a 2CD set that includes the four albums Only Lonely Sometimes, Soft Touch, Good Love And Heartbreak and Even The Strong Get Lonely, all for the first time on CD.  The Tammy Wynette catalogue is vast (she had already released more than twenty albums before these came out) and to be honest, I knew very little of it really other than the big hits 'Stand By Your Man' and 'D-I-V-O-R-C-E' and of course the nineties collaboration with the KLF (the excellent 'Justified And Ancient'), so it has been a welcome discovery to delve into this early eighties period.  There's a wonderful version of 'You Needed Me' on 1980's Only Lonely Sometimes which had me googling to remind myself who recorded the original (Anne Murray, number 1 in 1978; and not forgetting the Boyzone version of it from 1999 - you can take the girl out of Northside Dublin, but you can't take Northside Dublin out of the girl...).  There are so many brilliantly delivered lines across the forty songs here - "time, you're really taking yours" (from 'Time', Good Love And Heartbreak), "Back to old reliable that's who I am to you" (from 'Old Reliable', Soft Touch), as well as the concept of a "slightly used woman" (from Even The Strong Get Lonely). And the booklet includes liner notes by country music historian Tony Byworth that give a snapshot of the fascinating, but ultimately tragic, life of one of the biggest female icons of country music. 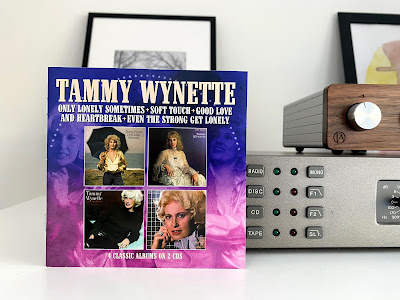 Mary Wilson's eponymous solo album was reissued in expanded form posthumously this week, she had been working on the reissue prior to her death in February this year.  It features eight bonus tracks, including various versions of the single 'Red Hot', plus four previously unreleased songs recorded with Gus Dudgeon in 1980. 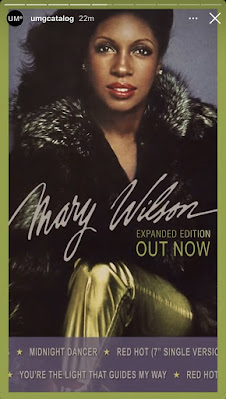 Madonna continues her run of digital single/remix releases with 'What It Feels Like For A Girl' from the number 1 album Music which was originally released as a single twenty years ago this week. 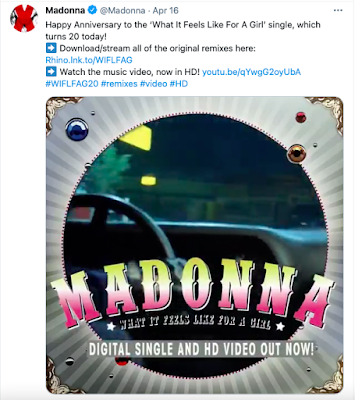 Another three Amy Winehouse At The BBC tracks have been released digitally this week, including a cover of the Motown classic 'I Heard It Through The Grapevine'.  The full collection comes out on 7th May. 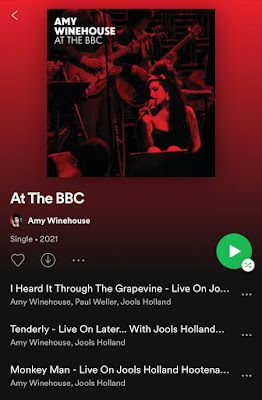 And Macy Gray shared her cover of Talking Heads' 'Burning Down The House', a collaboration with drummer Sheila E which features on the soundtrack to the movie Dutch. 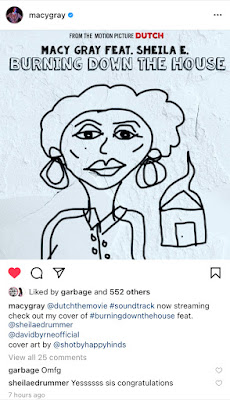 Also out this week is a new gold vinyl pressing of Anne Briggs' The Time Has Come which turns fifty this year, and Lucinda Williams' tribute to Tom Petty: Runnin' Down A Dream.  I've ordered both on vinyl and will share on Instagram during the week and include in next week's blog.

And as always, the Reissues By Women 2021 Spotify Playlist has been updated to include some of the latest music out this week.