From her first ever BBC performance ('Stronger Than Me' on Jools Holland in 2003), to the Mercury Prize in 2007, Amy Winehouse At The BBC includes 38 tracks across the three discs in the collection, released this week.  Disc 1 is A Tribute To Amy Winehouse by Jools Holland, disc 3 a live session at London's Porchester Hall in March 2007, and the middle disc is titled 'The BBC Sessions' and includes recordings for Jo Whiley's Live Lounge and festival performances at the likes of T In The Park and Leicester Summer Sundae.  Originally a DVD package, this is the first time that many of these performances have been released in audio form.  Twelve of the thirty-eight tracks have been released digitally in the run up to this release, and I am all for this bitesize chunks approach to box-sets because as much as I love a big collection, getting time to sit down and listen to two plus hours of music uninterrupted all in a row is a luxury that I don't always have.  Listening through to the full collection this weekend (in parts!), I marvelled at the extent of it - bearing in mind that many artists would struggle to compile this number of performances from one broadcaster in careers spanning multiple decades, it's quite impressive to say the least to have almost forty tracks spanning just three years.  A reminder of how compelling Amy was as a performer and just how important she was as a British artist - and a young female artist.  Favourites for me are 'Valerie' from Jo Whiley's Live Lounge Session, and 'In My Bed' from 2004's T In The Park Festival which are part of this week's additions to the Reissues By Women 2021 Spotify Playlist. 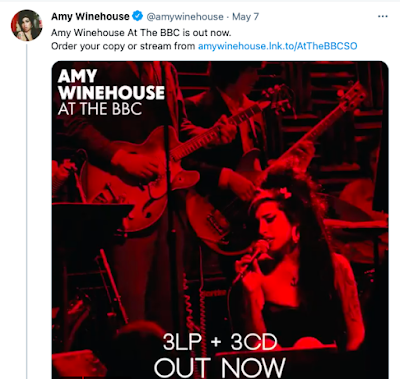 A staple of the mid-nineties British indie scene, Echobelly have two reissues out on their own Fry Up label this week - 2001's People Are Expensive and 2004's Gravity Pulls.  First time on vinyl for both, and signed copies on vinyl and CD are available from their store.  I was reminded as a result to pick up my copy of Amy Raphael's book Never Mind The Bollocks: Women Rewrite Rock from 1995, which features a chapter on Echobelly, and must admit that I have been laughing a lot at the bit where singer Sonya Madan mentions her reference to 'Umm & R' in one of their early song lyrics as a derogatory term for A&R.  Will remember this next time I am having a dither on product direction... 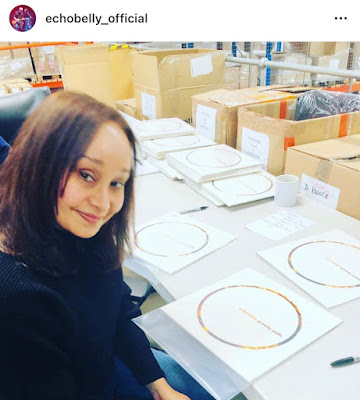 Sharon Van Etten's epic Ten has featured on the blog in previous weeks, and this week saw a midweek drop of an Amazon Original: epic Ten: Live From Zebulon.  Exclusive to Amazon, in HD and Dolby Atmos, it's every one of the epic album's seven tracks in order, performed live at the Zebulon in Los Angeles last month. 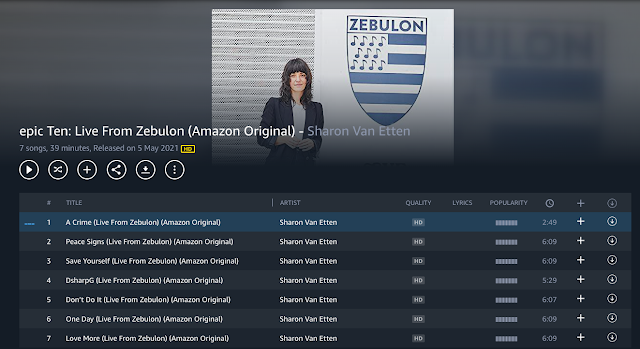 Another batch of Madonna remixes this week - this time a 5-track EP for Express Yourself, the second single from 1989's iconic Like A Prayer album. 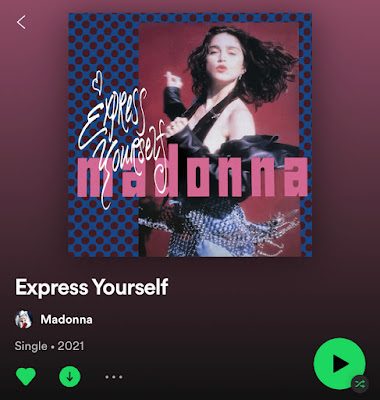 Donna Lewis' debut album Now In A Minute turned 25 this week.  Best known for the smash hit 'I Love You Always Forever', it has been expanded and reissued digitally with a collection of new mixes. 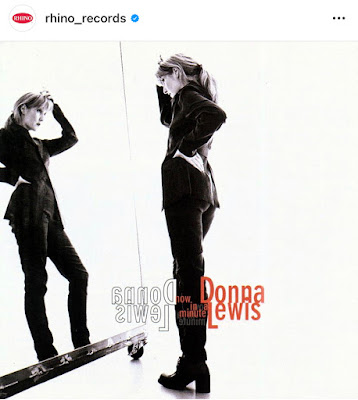 And a gorgeous cover of The Cranberries' 'When You're Gone' has been released this week as a single by Dublin band Pillow Queens - it is taken from a forthcoming Cranberries covers album Salvation in aid of the charity Pieta who help people at risk of suicide and self-harm and those bereaved by suicide.  The album, which comes out on 1st October 2021, also features a cover of 'No Need To Argue' by Sinead O'Connor, and the cover of 'Dreams' by the Irish Women In Harmony collective. 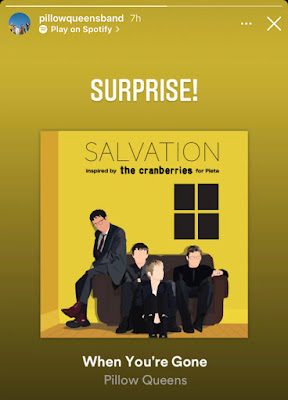 Bikini Kill announced a 25th anniversary limited edition aqua vinyl pressing of their album Reject All American which sold out within hours on Friday.  More are being pressed apparently according to an Instagram comment by Kathleen Hanna...

Thanks to all who have responded with gusto to the call out for contributions to the forthcoming Reissues By Women Summer Playlist.  Still got plenty of room (and time) for more suggestions - email hello@reissuesbywomen.com or DM via Instagram or Twitter by end of May. 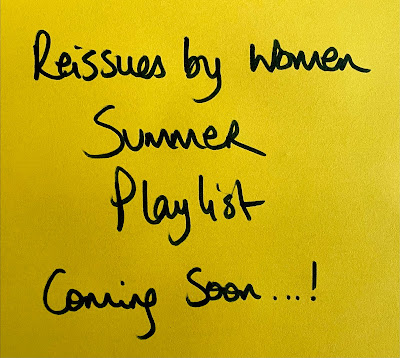