I knew from the opening sentence of the P!nk feature-length documentary: "There are many reasons why moms don't do this" that I would be gripped by it. All I Know So Far was released this week via Amazon Prime, with an accompanying 'setlist' live album.  It follows P!nk during her Beautiful Trauma tour of 2019, as she moved from playing arenas to playing stadium venues, and how she balances being a performer at that level, an employer of 200+ people, and a mother and wife.  It's a well-crafted film -  you see her soar high over Wembley Stadium on acrobatic ropes, and then go back to her hotel and change her toddler's nappy, or how she can't hug her eight year old daughter who has a fever for fear of her catching it and cancelling shows - and it is by and large a very positive portrayal of having a family and going on tour, and how she has built a support network to enable her to do what she does.  The accompanying album includes live versions of her big hits ('Just Like A Pill', 'Who Knew', 'What About Us', 'So What' and more), plus some very well-chosen covers including Queen's 'Bohemian Rhapsody', Cyndi Lauper's 'Time After Time'; it leaves in parts where she gets things wrong on stage, and also includes her speech at the MTV video awards about a conversation with her daughter about beauty. 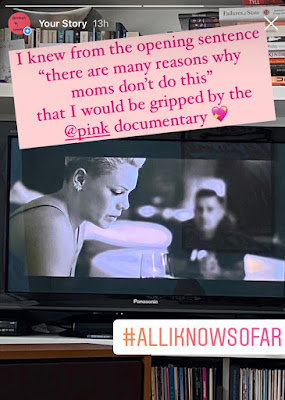 In 1992, I bought my first ever record.  It was a compilation called Precious, and it was on special offer at the now defunct Virgin Megastore on the banks of Dublin's River Liffey.  I bought it even though I didn't have a record player - but my best friend Alison did, so I gave it to her and asked her to make me a cassette copy.  And it became one of my most listened to tapes of the early nineties.  I bought it for songs by Blur, The Stone Roses and Suede, but in the process discovered The Sugarcubes, Lush, Voice Of The Beehive and My Bloody Valentine. This was where I first heard 'Soon' from the My Bloody Valentine album Loveless.  It was many years before I ventured into listening to anything more than just that track - in the run up to their 2008 tour where I saw them at the Roundhouse in London and could barely hear for a week afterwards (Metallica and Black Sabbath have nothing on My Bloody Valentine live).  And this week I got the new deluxe reissue of that album, three decades after my first encounter with 'Soon'.  Although Kevin Shields is the undisputed leader of the band, I feel more than justified in including it here given the beautifully haunting vocals by Bilinda Butcher, and indeed the presence of Debbie Googe on bass.  It's just one of those albums that defines a generation. I have all the love for Loveless. 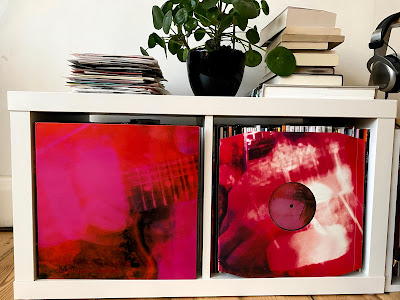 All of the My Bloody Valentine albums have been reissued on vinyl this week, and they are also now on streaming services for the past few weeks in the run up to the reissues.  And, if you'll indulge me in a few packaging nerd comments about the deluxe nature of the vinyl - I am very appreciative of the super-shiny high gloss gatefold sleeve and the printed poly-lined inner sleeve (the latter is a rarity).  And having spent many A&R meetings in my day job (inconclusively) discussing the merits of WAVs or MP3s for download card audio, it brought a smile to my face that this came with the option not only of MP3s, but of WAVs in both 16bit and 24bit resolution.  Nicely done, team MBV.

And for pure personal nostalgia reasons, here is a picture of my original copy of Precious, tracked down this week to its current home in Leicester where it is much loved by my friend's younger brother, Alan. Aw... 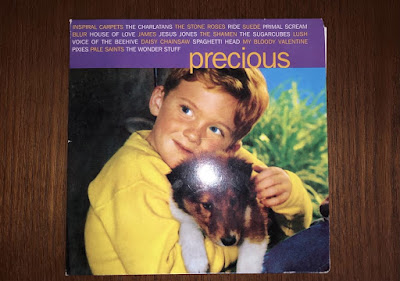 I feel like I know very little about Bob Dylan, and very few of his songs other than the obvious.  I even had to google to remember the names of more than two as I wrote this, but it did remind me that I do like 'Lay Lady Lay' (which wasn't one of the first two I recalled).  I liked him in the Traveling Wilburys too actually.  Anyway, Bob Dylan is 80 this year and there's lots of stuff everywhere in tribute to that, include a new covers album by Chrissie Hynde.  Nine tracks were released digitally this week, under the title Standing In The Doorway, with vinyl and CD coming on 20th August. Track 1 is 'In The Summertime' which makes it a great fit for the Summer Playlist (more on that below).

Pleased to see one of my favourite summer tunes of 1999, Madonna's 'Beautiful Stranger' (from the soundtrack to the film Austin Powers: The Spy Who Shagged Me) appear digitally as a remixes EP this week. 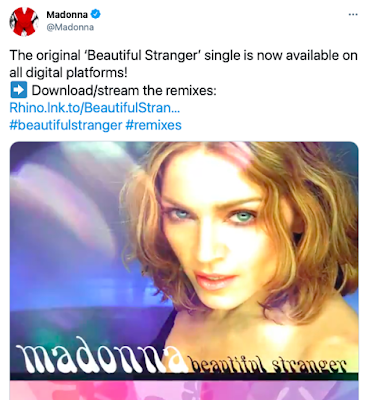 And my powers of deduction last week were right - Taylor Swift dropped The Kissing In The Rain Chapter EP, featuring another 6 tracks from her recent Fearless (Taylor's Version) release collected together. 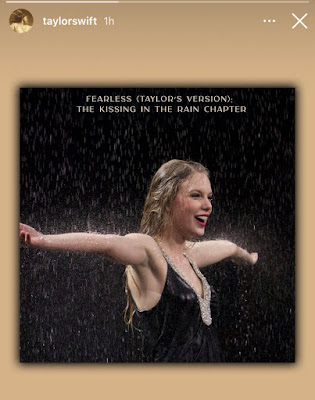 This feels like the least summery May in years, but the compilation of the Summer Playlist continues, and let's hope from the 1st June when it goes live that we get the summery weather to accompany it.  Thanks to everyone who has been sending in ideas, lovely to get another flurry this week!  Plenty of time left if you'd like to send in your thoughts (and please do send your favourite summer-themed songs even if you think others might have already suggested them).  Email to hello@reissuesbywomen.com, or DM via Instagram or Twitter.

In the meantime, some of this week's "new" tracks are in the Reissues By Women 2021 Spotify Playlist for your listening pleasure...