Ok, so I ordered this one night a few months ago when I had maybe had one too many glasses of wine.  No disrespect to either Soul II Soul (the artist) or Recordstore.co.uk (the retailer), of course, but a 12" of house remixes wouldn't be my normal genre of purchase.  But this isn't any ordinary 12" of house remixes.  This is a limited edition, yellow vinyl pressing with signed print of one of the most iconic British songs of the eighties.  Back To Life, featuring the absolutely gorgeous vocals of Caron Wheeler.  The original topped the UK singles charts and the Billboard dance club songs in the US and it is an absolute tune.  Anyway, the 12" has had the somewhat inevitable vinyl production delays and won't be available for another few weeks, but luckily for those of you hanging on my every word about this one, the digital release has gone ahead as planned this week so I have been listening to it on Spotify instead.  Like I said last week about the k.d. lang mixes collection, mixes of much-loved songs can sometimes be a bit of a hit and miss affair but there is nothing not to like here and this is a perfect soundtrack for summer days. 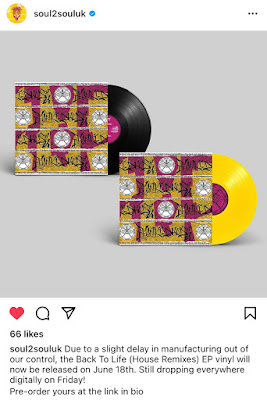 It's twenty years this weekend since Alicia Keys released her debut album Songs In A Minor.  And so sees the release of Songs In A Minor (20th Anniversary Edition) to digital platforms.  A US number 1 album, with the hit singles 'Fallin'', 'A Woman's Worth', 'Girlfriend' and the Prince cover 'How Come You Don't Call Me', it was widely critically acclaimed and won 5 Grammy Awards in 2002.  The 20th anniversary edition includes four bonus tracks, including the previously unreleased 'Foolish Heart' (the first song recorded for what would eventually become the album) and 'Crazy (Mi Corazon)'. 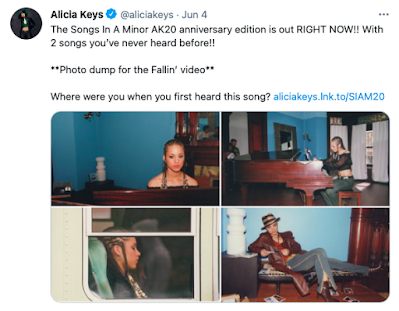 Nelly Furtado has released a 15th anniversary digital 'Expanded Edition' of her third album Loose this week. I loved this album when it first came out (I bought the special edition CD format, pictured below!), most especially the single 'Maneater'.  The expanded edition features 32 tracks in total, including multiple remixes and an excellent acoustic cover of the Gnarls Barkley hit 'Crazy'. 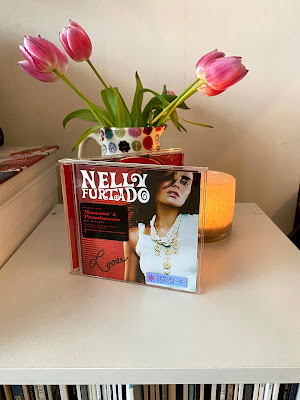 I was having a little trawl of record shop new release posts on social media on Friday and discovered a new vinyl reissue of Miriam Makeba's Keep Me In Mind was released this week by Strut Records.  This was a new listen for me, and a most welcome discovery of this South African singer/activist/United Nations Goodwill Ambassador.  It features covers of Stephen Stills 'For What It's Worth' (a real standout), Lennon & McCartney's 'In My Life' and Van Morrison's 'Brand New Day' and 'I Shall Sing', as well as original compositions including the gorgeous album opener 'Lumumba' written by Miriam with her daughter. 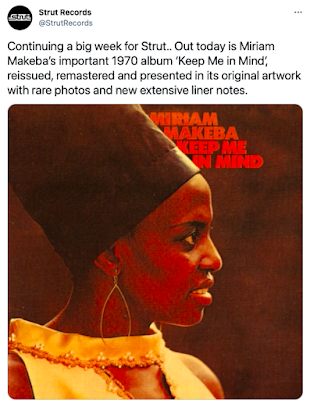 Jessie Ware's What's Your Pleasure - The Platinum Pleasure Edition comes out next week and she's released another advance bonus track from it this week - Hot N Heavy.  Very much looking forward to the full 'platinum' experience next Friday. 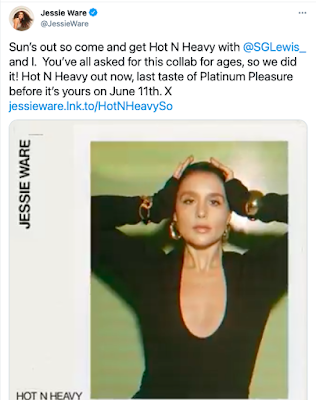 Tina Turner released a demo of 'The Best' this week, in advance of the reissue of her album Foreign Affair which comes out in expanded form next month.  I love this version - as demos go, it's very polished, and you could definitely imagine it being a hit of its own accord.  She really is one of the best.  That said, they definitely did the right thing adding all the production sparkle and that sax solo to the original single to take it to the next level.  Note to self to make sure I watch the Tina documentary between now and the reissue release on 16th July too. 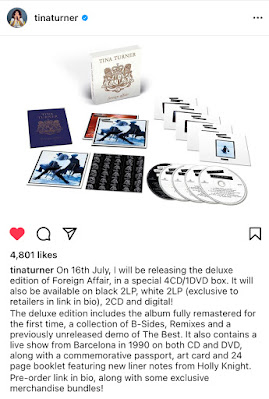 And a new single from the Alice Coltrane archives this week too: 'Krishna Krishna' is taken from the forthcoming reissue of Kirtan: Turiya Sings which was originally released on cassette in 1982 and comes out on vinyl and CD in mid-July. 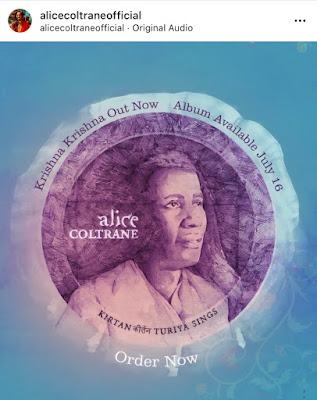 I normally take a pretty hard line about including male voices in the Reissues By Women Playlists, but I've made an exception for Alanis Morissette's newly released duet with Willie Nelson, a cover of his song 'On The Road Again', because it's lovely, but also because I am very excited to have been able to buy tickets this week for her Jagged Little Pill 25th Anniversary tour when it comes to London in November. Bring. It. On. 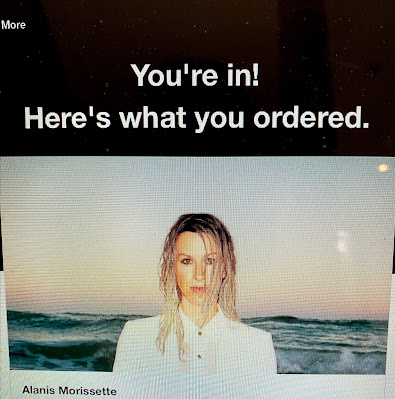 And thanks for all the lovely feedback on the Summer Playlist this week.  I've found myself remarking multiple times how Vengaboys 'We're Going To Ibiza' has aged remarkably well! 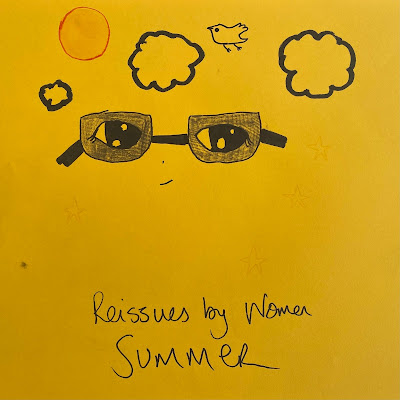