The limited edition opaque pink vinyl indie-stores-only reissue of Emma Ruth Rundle's On Dark Horses out this week is a prime example of why I love having this blog.  Originally released in 2018, I completely missed it at the time, but spotted it in a mailing list email recently and put it on the list for this week. It's a brilliant combination of heavy and light, or indeed loud and quiet - in that it feels heavy whilst still being melodic and without feeling just plain noisy.  I've been racking my brain for comparisons but haven't yet hit on the appropriate one.  Loved it, though.  Definitely one that will be getting some repeat plays. 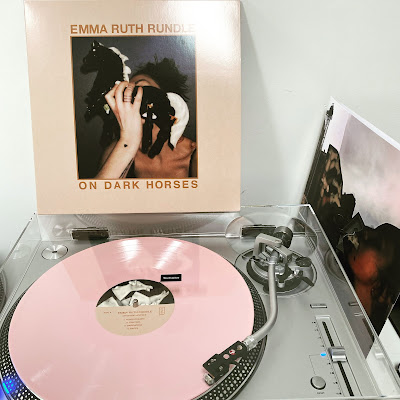 Sticking with the heavy theme, hot on the heels of Miley Cyrus' cover of Metallica's 'Nothing Else Matters' from The Metallica Blacklist, comes St. Vincent's cover of 'Sad But True'.  You'd expect nothing less, but it's superb. 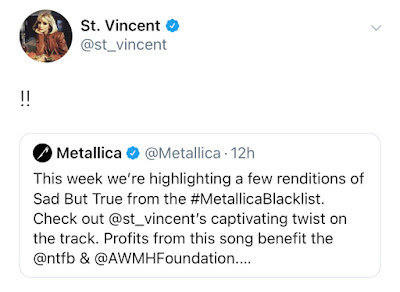 More remixes from the wonderful Róisín Murphy this week - The Reflex Revisions sees her tracks 'Incapable' and Narcissus' from last year's Róisín Machine remixed by The Reflex (aka Nicolas Laugier).  Available on 12" vinyl and digitally.  I took the digital version for a power walk this weekend and found it to be a mighty good soundtrack for stretching the legs. 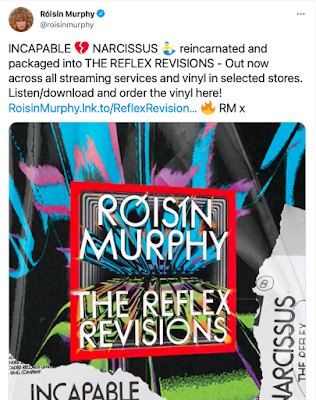 Missed it last week (the blog was very full, in fairness), but Fleetwood Mac have released a couple of demos digitally - Stevie Nicks' 'Fireflies' and Christine McVie's 'One More Night'.  Both songs were originally released on the 1980 Live album - so it's nice to hear them in studio form here.  And Christine's 1970 solo album Christine Perfect was reissued on white vinyl this week - I spotted this too late to get it in time for this week's blog and although it's not available digitally, some of the tracks from it are.  I've added her cover of the Etta James song 'I'd Rather Go Blind' to the Reissues By Women 2021 Spotify Playlist along with some of the other great music out this week. 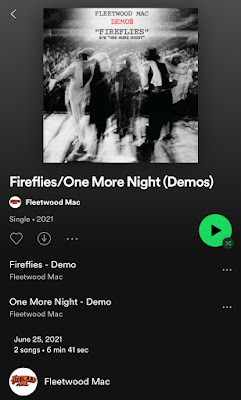