I honestly don't know how I missed it.  The thing is I didn't miss it, I saw and liked the Instagram post "She has arrived..." which had a picture of a big box set, but in my head Joni Mitchell's Reprise collection wasn't coming until later in the year.  So I thought maybe Joni's personal copy had arrived, which was nice for her, but that the rest of us would have to wait.  Anyway, imagine my surprise looking at chart updates during the week and there it was.  I had to have a big sit down to work it all out.  So I was right (I like to be right..!) in that there is something big coming later in the year, and that is Archives, Vol. 2: The Reprise Years (1968-1971) which is released in October.  In advance of that, last week an albums box set was released on vinyl, CD and digitally - The Reprise Albums (1968-1971).  Clear?!  The latter is a collection of the first four albums in her career - Clouds (1969), Ladies Of The Canyon (1970) and Blue (1971) all of which have been remastered, and Song To A Seagull (1968) which has been newly remixed.  And the collection features a previously unseen self-portrait by Joni on the cover, and a new essay by Brandi Carlile.  The other thing that caught my eye was a new Spotify-curated playlist called Joni Mitchell: Covered, a 97-track playlist of Joni's songs covered by others including Chaka Khan, Annie Lennox, Emmylou Harris, Lana del Rey and Diana Krall.  I've added Björk's cover of 'The Boho Dance' to the Reissues By Women 2021 Spotify Playlist too this week just because. 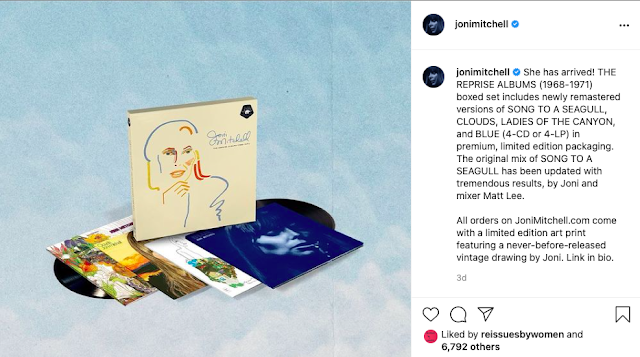 Sophie Ellis-Bextor's debut album Read My Lips has been released on vinyl for the first time, pressed on double red vinyl and released via Plastic Pop Records as the first in a series of coloured vinyl reissues  of her albums.  Featuring the singles 'Murder On The Dance Floor' and 'Take Me Home', it's been classed as sold out, but the label have said that any remaining stock after they have shipped their orders will be added to the site at 9am on Monday morning...  Really nice to see this catalogue getting some attention, and clearly there is a demand for it.

Spice Girls' debut single 'Wannabe' turned 25 this week and to celebrate is a newly-compiled 4-track EP, appropriately titled Wannabe 25.  The digital format was released on Friday, and the picture disc and silver glitter-effect cassette follow at the end of August.  Most noteworthy is a previously unreleased song called 'Free Your Love' in demo form.  The other two tracks are a demo version and a Junior Sanchez remix of 'Wannabe'.  Spotify have been a big supporter of the anniversary and there's a new 'clips' feature with archive footage hosted on their All Out 90s playlist at the moment too. 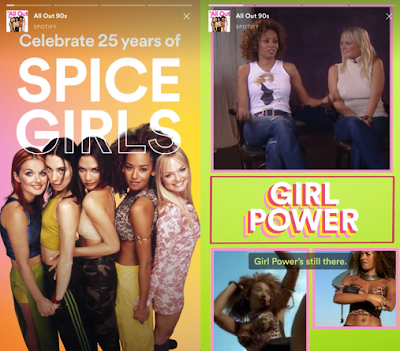 Portishead released their cover of ABBA's 'SOS' this week via Soundcloud, and it's everything you would expect and hope for.  Originally featured in the soundtrack to the Ben Wheatley movie adaptation of the J.G. Ballard book High-Rise, this is the first time it has been made commercially available, and the band have chosen to release it exclusively on Soundcloud because of their user-centric payment system (where artists earn money that directly relates to the number of streams their music receives, unlike the more pro-rata assumption based system that other platforms operate).  All profits go to mental health charity MIND. 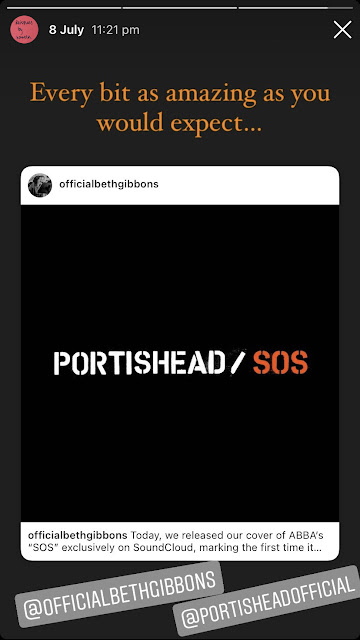 Irish female trio Wyvern Lingo popped up on my feed this week via a retweet by No Doubt sharing a cover that they did with fellow Irish female artist Loah of 'Just A Girl' (originally released on 1995's Tragic Kingdom album) at a recent performance in Dublin's National Concert Hall.  It's on YouTube and it's gorgeous.

And while on the subject of Ireland, the Why Not Her? collective have released their latest report into gender disparity on Irish radio.  Included in it was a list of the reasons that they got from stations and programmers as to why they don't feature more women, which I suspect are not specific to Ireland.  It's quite the read... 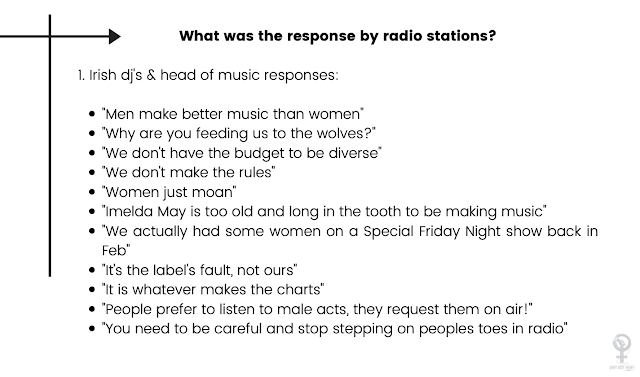