The first of my Love Record Stores Day releases has arrived - Heaven On Fire, a limited edition red vinyl compilation of female artists in the Fire Records catalogue, curated by none other than Jane Weaver whose album Flock is one of my favourite new releases of the year.  This flows beautifully, each track as impressive as the last (if I had to pick one favourite it's probably Mega Bog's 'Station To Station' from the album Life, and Another which came out in July). It was on the turntable all weekend, and next stop is to delve deeper into the catalogues of each of the artists featured... 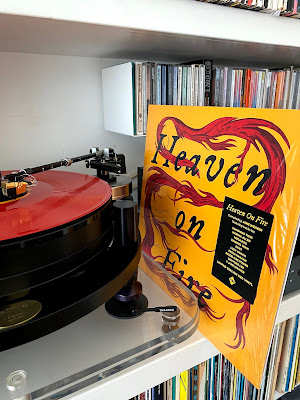 The Go-Go's are celebrating the 40th anniversary of their debut album Beauty And The Beat this week, with a special limited edition numbered pink vinyl pressing.  It hit the number one spot in the Billboard Charts in 1982, the first all-female line-up writing their own songs and playing their own instruments to achieve this feat, and includes the singles 'We Got The Beat' and 'Our Lips Are Sealed'.  Sadly I wasn't fast enough to get my hands on a copy of the anniversary reissue when the pre-orders were announced as it sold out very quickly, but I did take some time to listen to the album digitally this week and remind myself how great it is.  You definitely wouldn't regret doing the same. 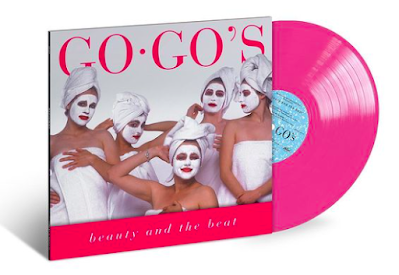 For the past few months now, I've been mentioning some of the cover versions by women from The Metallica Blacklist project, including singles by St. Vincent, Miley Cyrus and Phoebe Bridgers.  The full 53-track compilation was released this week and although not exclusively by women by any means, there really is a whole host of global female talent in this collection - so much so that even the opening track is by women: Alessia Cara & The Warning's version of 'Enter Sandman'. I loved all of these cover versions so much that I made my own playlist of them (here for your listening pleasure).  Fun fact not noted in the credits on digital services is that the excellent Charlotte Hatherley (formerly of Ash) plays guitar on Imelda May's version of 'The God That Failed'.  This is a charity project, for Metallica's All Within My Hands Foundation, plus individual charities as chosen by each of the artists involved.  So you can feel good about your streaming too (physical formats out next month). 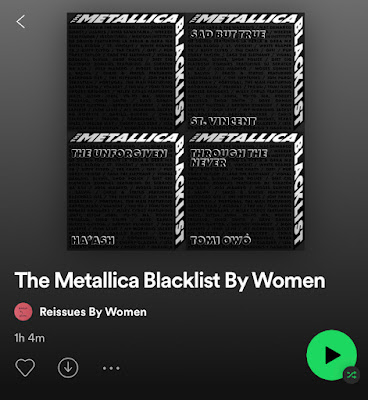 And a mention for one I missed from last week's list but have been enjoying this week - Emmylou Harris & The Nash Ramblers: Ramble In Music City: The Lost Concert (Live) - a 1990 performance, archived for decades, that has been recently unearthed and released on vinyl, CD and digitally. 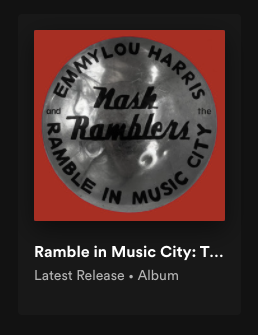 The Reissues By Women 2021 Spotify Playlist has been duly updated this week, so all that remains is to say see you next Tuesday!