So here we are in September and the blog is back.  I switched off completely for August for the first time ever and it was remarkably good.   As a result, I cannot claim to have my finger on the pulse of all reissues by women at the current time but here's a collection of things that I have been checking out in the past week or so.
The biggest pop news this week has to be the next instalment of the Spice Girls' 25th Anniversary campaign.  Following hot on the heels of Wannabe 25 comes Spice Girls 25 - to celebrate the 25th anniversary of their debut album Spice, there are limited edition vinyl versions and cassettes (one of each for each of the Spices), plus an expanded 2CD edition which features previously unreleased tracks and demos.  It's out on 29th October, but in the meantime they have shared the 7" Radio Mix of 'Say You'll Be There' (Spice's second single, and possibly my favourite of their oeuvre). 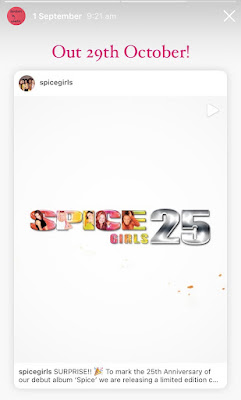 But the album I have had on repeat for the past week is When I Hit You - You'll Feel It, the recent Leslie Winer career-spanning compilation by Light In The Attic Records.  I didn't listen to much music over the summer, but even beyond that, it's ages since I have had an album in my head and on near-constant play to this degree.  It spans almost thirty years of work by the woman the NME apparently dubbed 'The Grandmother of Trip Hop', but sounds fresh and relevant and innovative (and it might have been better placed to say 'Grande Dame' rather than 'Grandmother', to be honest, because this is the least Nana-esque thing I have heard in a long time).  It's becoming rare these days to get a 24 page booklet with a vinyl package, so the accompanying liner notes (featuring a new interview with Leslie by compilation producer Wyndham Wallace) feel very luxurious and in-depth.  Reverse-board gatefold sleeve and obi strip add to the feeling of luxury.  Standout track for me is 'Tree', in no small part, I suspect, due to the hypnotic vibes of the Irish kings referred to in the lyrics!  I'm confused about the exact release date of it, seems black vinyl and an indies-only clear version have been out just over a month in the UK, digital just a few weeks, and US vinyl options are following in the next few weeks. Anyway, if even one word in this paragraph has grabbed you, I'd strongly suggest you check it out. 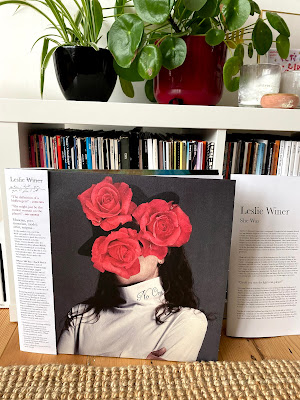 News just in this morning - Sugababes have released a new remix of 'Overload' by Majestic, from the bonus tracks on the forthcoming 20th anniversary reissue of their debut album One Touch, out on 1st October. 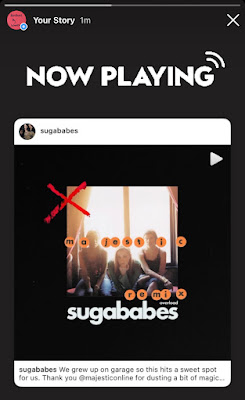 Garbage's third studio album Beautiful Garbage was originally released on 1st October 2001, and there is a 20th anniversary reissue due in a few weeks - day and date with the actual anniversary on 1st October - with a whole host of different formats on vinyl, CD and digital.  The second digital single from the deluxe edition - a previously unreleased radio remix of 'Shut Your Mouth' by Jagz Kooner is out this week.  On a related note, the third series of singer Shirley Manson's excellent podcast The Jump was released in the last few weeks and I have been enjoying it as the soundtrack to my early morning walks.  Notable episodes featuring iconic women and songs are Alanis Morrisette talking about 'You Oughta Know', Robyn talking about 'With Every Heartbeat' and Patti Smith talking about 'Pissing In The River' (available on Apple and Spotify and wherever else you get your podcasts). 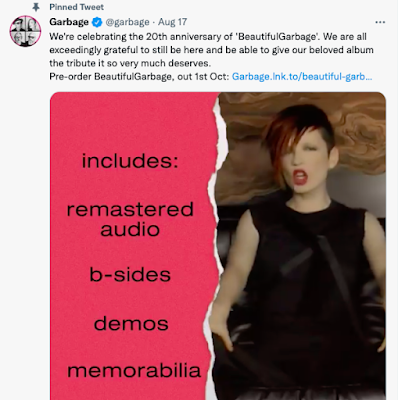 There have also been some excellent cover versions hitting digital services in recent weeks:
The Metallica Blacklist rollout continues, with Phoebe Bridgers' version of 'Nothing Else Matters' and Rina Sawayama's version of 'Enter Sandman', both of which I love.  The full set is out on Friday, and I am particularly looking forward to hearing Imelda May's 'The God That Failed' and Mickey Guyton's take on 'Nothing Else Matters'.
London-based trio Berries are the latest band to take part in Kill Rock Stars' 30th Anniversary series of covers from their catalogue, with their wonderful recording of Sleater-Kinney's 'Dance Song '97'. 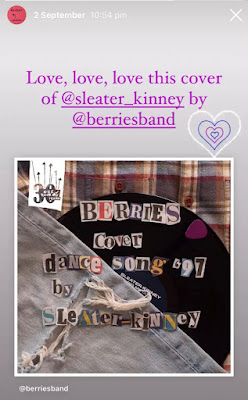 And The Anchoress released a cover of one of my favourite Pearl Jam songs this week - 'Elderly Woman Behind The Counter In A Small Town' - via her Bandcamp. 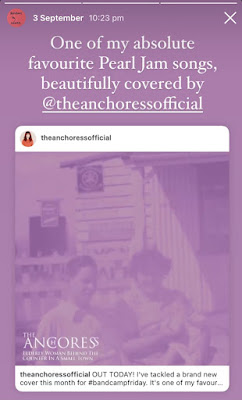 It was Love Record Stores Day on Saturday.  I won't lie, I had to research the difference between Record Store Day and Love Record Stores Day (in case helpful - both are exclusive to independent stores but Record Store Day is open to releases by all labels and Love Record Stores Day is releases by independent labels only).  I was nowhere near an actual bricks and mortar record store on Saturday so I joined in the online element which started at 9pm in the evening and I have ordered the Fire Records compilation of female artists in their catalogue, Heaven On Fire, curated by Jane Weaver (which hopefully will arrive this week), and pre-ordered a cotton candy coloured reissue of Sharon Van Etten's excellent 2019 album Remind Me Tomorrow which is due 8th October (looks to be fairly scarce, if not sold out, at this point).  With the ongoing situation with vinyl manufacturing, not everything was available on Saturday so I might go back for further browsing to see what else is coming in future weeks!  I can't help wondering whether the ongoing situation with vinyl manufacturing might be helped if we didn't have these "days" where there are large volumes of releases being funnelled through the system for the one release date, but then I love a good "day" so I'd be sad to see the back of them. 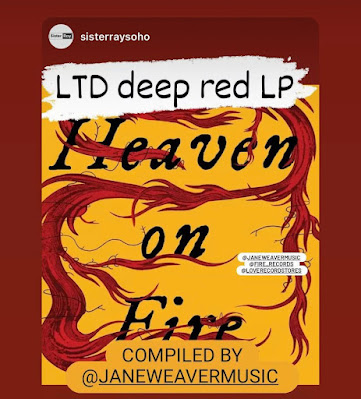 And there is a "day" coming up next month too - National Album Day.  This year's theme is 'celebrating music by women' so I am looking forward to seeing what's coming for that on 16th October.  Just announced this week as part of that is a new compilation which features the crème-de-la-crème of female artists in the Universal UK catalogue as part of an initiative called Hear Her Voice - a taster of classic songs from 21 iconic albums by women spanning more than 5 decades and across all genres. (Full disclosure, I had a bit of a hand in the early stages of this!)
And for those who cannot get enough of me talking about myself and my own achievements, thanks to the team at Yes She Can for inviting me to be part of their blog series and featuring my rambling answers to their questions recently!
As always, the Reissues By Women 2021 Spotify Playlist has been updated with a selection of my favourite reissues of the week.
It's good to be back!