Announced for National Album Day a few weeks back, and released this week, the limited edition expanded reissue of KT Tunstall's third studio album Tiger Suit - dubbed the 'Untamed Edition' - has been bringing me much enjoyment this week.  On vinyl for the first time, the album is pressed on transparent neon pink vinyl, and there's a disc of bonus tracks on transparent neon green, including alternate versions recorded at Berlin's legendary Hansa Studios and original demos, as well as the previously unreleased title track.  It also features brand new cover artwork, a custom portrait of KT, which - dare I say it - has so much more personality about it and is a bolder and more striking representation of this album.  Favourite tracks for me are the single '(Still A) Weirdo', 'The Entertainer' and the newly released 'Tiger Suit' itself.  Listening to the album this week, I was struck by how much I liked it - despite owning other albums in this catalogue, I was listening to this one for the first time ever, and was surprised that it had passed me by (I looked up the original release date and realised that at the end of September 2010 when this first came out, I was in my final week of work before starting my first maternity leave and could barely hear anything other than my own heavy breathing as I tried to put one foot in front of the other with my very large bump!!).  I love it when a reissue series throws up things that I have missed.  And for those that are not into vinyl, or want to hear it immediately, the full 20-track collection is available digitally. 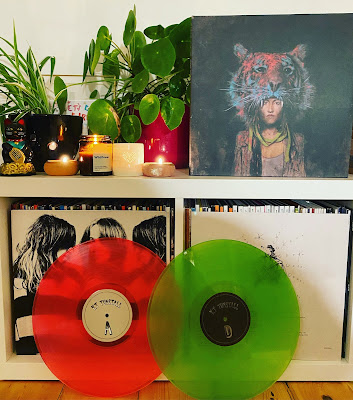 Spice Girls' debut album Spice turns 25 and is reissued in various formats this week, including individual coloured vinyl for each of the "girls", a zoetrope picture disc, cassettes and an expanded 2CD collection, which is also available digitally.  The bonus tracks include a selection of demos, remixes and b-sides - plenty to showcase that the quintet had talent, but a reminder that the sparkle of the finished ten track album is quite unbeatable.  As those who frequent Instagram may have seen, I had a fortuitous moment recently with the discovery of the original bound copy of my degree dissertation from 1998 - The Spice Girls As A Cultural Phenomenon.  My favourite section was on the opinions about the concept of "Girl Power", and comments from boys who took part in my 'research' such as: "girls can do stuff and not just be a housewife", "feminism for bimbos" and "just another phrase to get the female public's attention".  Seems that twenty-five years on these five women are still doing a pretty good job of getting the public's attention... 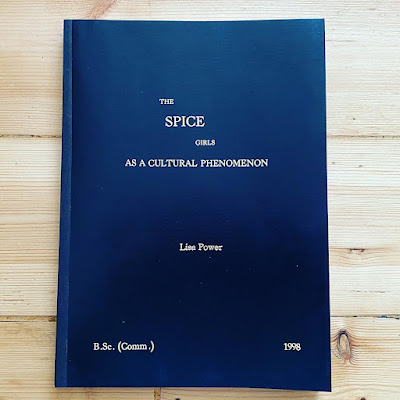 From Girl Power to Cat Power (see what I did there?), there is a growing collection of excellent cover versions appearing on streaming services in the run up to the new Cat Power album, suitably titled Covers, which comes out on 14th January 2022 (her third covers collection).  The latest addition is 'Pa Pa Power', from Ryan Gosling side-project Dead Man's Bones' self-titled album, which joins 'Bad Religion' (Frank Ocean) and a personal favourite of mine 'A Pair Of Brown Eyes' (The Pogues).  Very much looking forward to this at the start of the year. 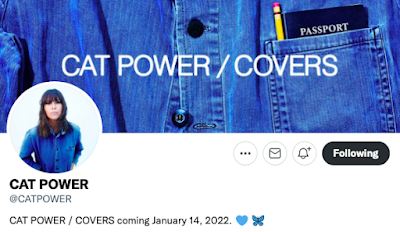 Belters.  There is simply no other word for it. Whitney Houston's posthumous hits collection from 2012 - I Will Always Love You: The Best Of Whitney Houston - makes its debut on vinyl this week, and listening to it this week I was reminded of the sheer scale of her back catalogue of singles, from the early 80s classics like 'How Will I Know' and 'Greatest Love Of All' right through to the platinum-selling 'My Love Is Your Love'.  I was stopped in my tracks by 'Exhale (Shoop Shoop)' which I hadn't heard for AGES, and just a teeny bit disappointed not to have 'It's Not Right, But It's OK' on there (it is on the digital version though).  It is brought up to date instead with 2019's Kygo track 'Higher Love'. 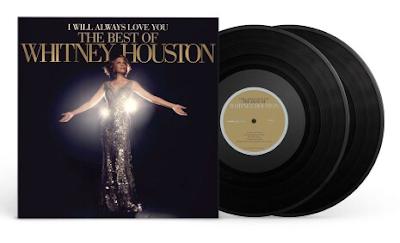 From Whitney Houston to Cissy Houston and a mention for something I missed a few weeks ago - The Sweet Inspirations' 3CD collection Let It Be Me, which came out at the end of September, focussing on their Atlantic Records recordings from 1967 to 1970.  A whopping 66 tracks in all, also available digitally, from the girl group that were one of the most in-demand backing groups of the late 60s. 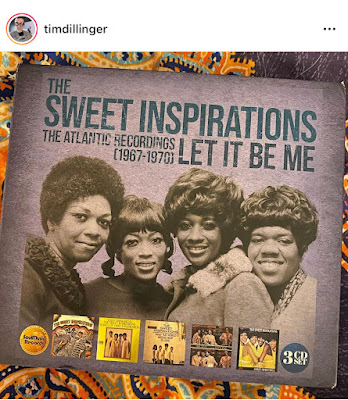 Diamanda Galás' 1984 self-titled album has been reissued digitally and on CD this week, and is due out on vinyl at a later date.  My husband is a big fan of Diamanda Galás and I am less familiar with her repertoire, so we were saving this to listen to together (at a time where it wouldn't scare the kids) but that window of time didn't happen for us this week.  I'll report back next week, but here it is on Spotify in the meantime for eager listeners.

I've been mentioning Nina Simone's hits and remixes, and also Joni Mitchell's next archive release as being things coming out this week, but I discovered that neither are!  Joni's Archives Vol. 2 is out in two weeks, and Nina Simone's Feeling Good: Her Greatest Hits And Remixes has been moved to 4th February next year.

Leona Lewis announced today that a reissue of her 2013 Christmas album Christmas, With Love Always will be out next month. And as much as it's not yet nearly Christmas, it's not yet nearly time for end of year round-ups either, IMO.  But I had the first of those towards the end of last week - Sound Of Vinyl sent out their "of the year" lists when we were still in October.  Eager!  First thing I clicked on was the Top 50 Boxsets Of The Year.  How many women in the top 10?  None.  How far down did you have to go to find a woman?  Position 17 - Joni Mitchell.  Joni has not one but two box sets out this year, so surely she should be further up on that basis alone?  Perhaps it will be revised when the second one comes out?  Garbage are at 29 and Donna Summer is at 36 with a vinyl bundle.  And that's it for women.  Out Of Fifty.  Obviously it's an opinion, rather than a statement of fact.  But it's highly likely if I were to talk to the people at Sound Of Vinyl about their choices (and I might!), that they would say that the volume of box sets released by men vastly outweighs the numbers of box sets released by women in any given year.  And yet, I'm writing about reissues and collections by women week in week out, so how could that be?  But there's a subtlety, and it's something that came up as part of some format research for a reissue project by a female artist that I was involved with a few years back.  Men get big boxes.  Women rarely do.  Something for any of those of us who work on reissues by women to be bearing in mind in our 2022 product planning.

And if you haven't had enough of me talking about reissues by women for one week, here's an interview I did with HMV that was published this week about the landscape for women in the music industry and all that sort of stuff. 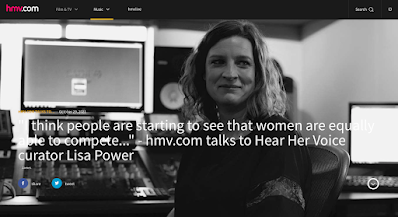 As always, the Reissues By Women 2021 Spotify Playlist has been updated this week - almost 250 tracks in all at this point!