Sometimes in the course of writing this blog, I come across something where I am reminded of how important that artist and/or their songs are to popular music.  And the new vinyl reissue of Gabrielle's Rise album was one such reminder this week.  Originally released in 1999, it was a UK number 1 album and has multi-platinum certification status.  And it's that combination where the minute I put the needle on the record, I was transported back twenty-plus years, and yet it still sounds so beautifully fresh.  From 'Sunshine', to the title track and into 'When A Woman' - three of the album's five singles (as included here as a bonus track is 'Out Of Reach') - it's a glorious ten minute opener. Gabrielle has been out on the road in the UK, on her Rise Again 2021 tour, what a lovely way to end the year with this album back out on vinyl. 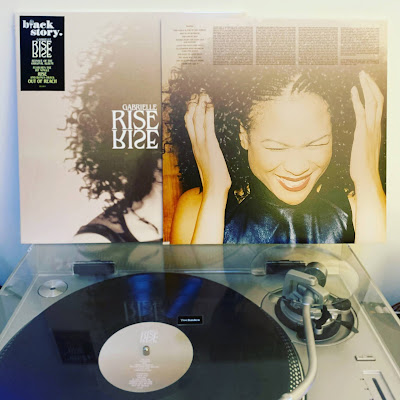 Nina Simone And Her Friends was reissued this week on vinyl too (as well as on CD and digitally).  I very nearly overlooked this one, to be honest.  I'd had a quick scan of the tracklist and felt that Nina wasn't massively present, but I thought I'd at least play the tracks she was on.  Did I assume that Chris Connor was a man?  I am ashamed to say, I did, readers.  Jazz aficionados are likely shaking their heads in disgust (I'm not sure that many jazz aficionados read this blog to be honest).  Turned out that Chris Connor (aka Mary Jean Loutsenhizer) and Carmen McRae did not let the side down to say the least.  A gorgeous twelve-track collection, where each woman takes four songs - described on the cover as "an intimate variety of vocal charm" and it is just that!

It's getting to all those end of year polls, and one album that is scoring highly is Jane Weaver's Flock which was released back in March.  In late September, she followed up with a digital 6-track EP, called Sunset Dreams - which had three remixes and unreleased songs from the Flock sessions.  Out this week is the vinyl format, and I ordered the white vinyl Rough Trade exclusive which is limited to 450 copies and has just arrived in time for me to take a picture in the dim December lunchtime light!  I love this EP ... 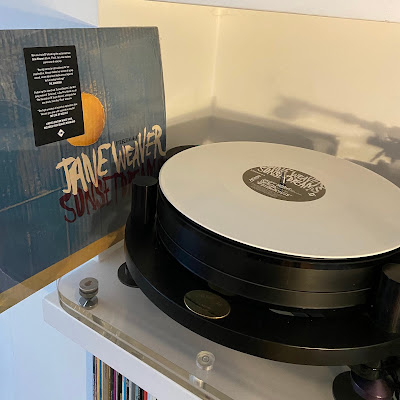 Diet Cig came to my attention earlier this year via their cover of Metallica's 'The Unforgiven', and as a result their new live album Live At Studio Two Three popped up in my Spotify Release Radar this week.  Feels like I haven't listened to any American indie rock for ages, so this was a welcome 52 minutes in my ears.  Twenty tracks in all across those 52 minutes, of songs taken from their albums Swear I'm Good At This (2017) and Do You Wonder About Me? (2020), performed at the non-profit community arts space Studio Two Three in Richmond VA.

And to celebrate the 20th anniversary of The Lord Of The Rings: The Fellowship Of The Ring, Enya has released a 12" picture disc of the (Grammy-nominated) song 'May It Be' which was composed and performed by Enya for the film back in 2001. LOADS of interesting digital singles out this week:

The PJ Harvey reissues and demos series is back, with Let England Shake vinyl reissue and Let England Shake - Demos announced this week, for release on 28th January 2022.  And the title track from the demo album is available digitally, complete with the excellent sample of 'Istanbul Not Constantinople' running through it.

Sophie Ellis-Bextor posted on Instagram over the weekend that it was twenty years this week since she released 'Murder On The Dancefloor'.  How lovely/serendipitous then that Girl Ray have released a cover of it just this very week.

Sia has released a cover of the jazz classic  'Fly Me To The Moon' as part of a collaboration with the Final Fantasy XIV game.

There's a remix of Madonna's 'Frozen' by Sickick - apparently the two-minute track on digital platforms is just a teaser and there is a longer version to come (or so says Sickick on Twitter)...

Carole King has released a new-to-digital Christmas EP, brilliantly titled A Christmas Carole.  Three tracks, from the sessions for her 2011 album A Holiday Carole, including a cover of Wham's 'Last Christmas'.  I've added the acoustic version of 'New Year's Day' to the Reissues By Women Christmas Playlist and tracks from everything else mentioned in the blog have been added to the "usual" Reissues By Women 2021 Spotify Playlist.

And so this is Christmas (almost).  And what have I done?  Well, if you didn't see it on social media, there's a new digital Christmas compilation of songs fronted by women that I put together a couple of weeks ago and was able to get released in time for the festivities.  Hear Her Voice: A Christmas Celebration is a collection of songs from the Universal UK & Ireland catalogue, and it's available for streaming and download on all digital platforms.  It was something that came about as I was researching for my own Christmas playlist (and if you are a Spotify user and looking for a longer listen [across any and all record labels], then the Reissues By Women Christmas Playlist is here for you), where I noticed that a lot of the multi-artist Christmas compilations were balanced in favour of songs by men.  And it seems obvious to me that there is space for an all-female multi-artist Christmas compilation, but yet it's not something that seems prominent 'in the marketplace', so to speak.  Gap duly filled... 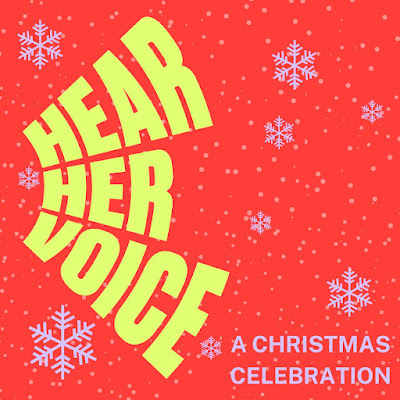 Christmas is typically a time of year to take a break, and on that note, this blog will be taking a break until mid-January.  Massive thanks to all who have read, liked, commented and sent stuff over the past year.  Wishing you all a Happy Christmas, and look forward to more Reissues By Women in the New Year...