Cat Power and I share a surname so that always makes me like her (except we don't really because her actual name is Chan Marshall, but anyway).  Names aside, her new Covers album was the first of the new releases that I listened to on Friday.  And then immediately purchased the vinyl.  It's a beautifully curated collection - opening with her version of Frank Ocean's 'Bad Religion', and closing with her take on Billie Holiday's 'I'll Be Seeing You', with covers of songs by the likes of Lana Del Rey, Bob Seger, Iggy Pop, Jackson Browne and Nick Cave in between, plus my own personal favourite: The Pogues' 'A Pair Of Brown Eyes'.  This one prompted some chat on Instagram when I posted it yesterday, and I loved what Simon From Edinburgh said: "Fascinating selection with her unique interpretation - an artist who is never less than interesting".  Couldn't have put it better myself (so I didn't try!). 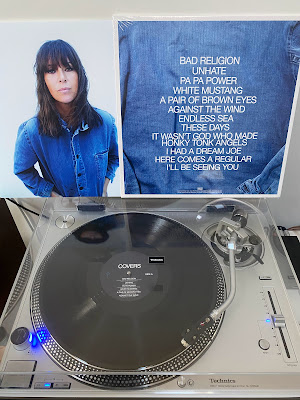 Sally Herbert and Caroline Buckley met when they were both in The Communards in the late eighties and formed a duo - Banderas - in the early nineties.  They recorded one album, Ripe, which featured the UK top twenty hit single 'This Is Your Life', one of those classic songs that immediately transports you right back to 1991.  Ripe has been reissued in expanded form this week, and includes a bonus disc collecting together remixes of all the singles, plus original b-sides and a Q&A with friend of the band Jimmy Somerville in the CD booklet.  Very much enjoyed a deeper dive into this over the past few days. 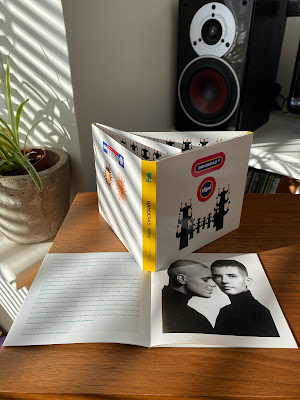 I mentioned last week that I had ordered the reissued Sparkle soundtrack by Aretha Franklin on vinyl, and despite getting a dispatch notification almost a week ago it has clearly fallen into the Royal Mail black hole.  So we'll feature that one at some point, but who knows when...

And also stuck in the Royal Mail black hole, and for even longer, is my copy of the expanded CD/DVD reissue of Scherezade & Other Stories by Renaissance - the British band featuring Annie Haslam on lead vocals.  Originally recorded at Abbey Road in 1975, it has been remastered for this reissue, and also includes a live performance from Nottingham in early 1976.  Prog bands haven't really featured much in this blog so far, so I was keen to include this one, and luckily I got an advance digital copy, including the brilliant notes in the booklet by renowned British journalist Malcolm Dome who sadly died last year.  In the booklet, Annie talks of her reaction to hearing the finished album and describes it as "soaring, beautiful and uplifting" and it is exactly that. 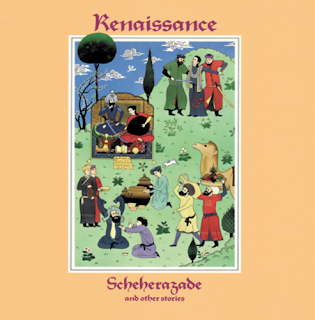 My music consumption has increased massively since I started this blog in late 2020. And some weeks it is quite the challenge to fit everything in, and yet even with so much to choose from there are still times when I find it hard to pick something that is going to suit my mood at certain moments.  This morning was one of those mornings where the planets collided.  I went for an early morning walk and although I needed some headspace, I certainly didn't want to be completely alone with my thoughts (god forbid!).  And harpist Mary Lattimore's Collected Pieces: 2015-2020 absolutely hit the spot today.  It was released digitally in October, but out this week on vinyl.  Just over an hour of glorious instrumental recordings, taken from her archives over a recent five year period, enveloped me on my frosty stroll.  A collection that manages to be striking without being intrusive is no mean feat! 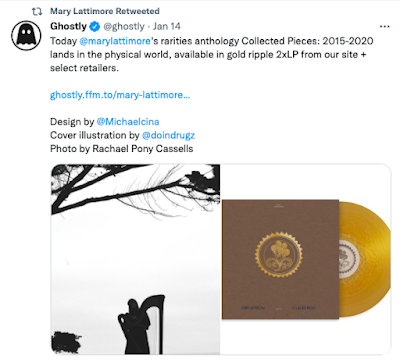 More from the PJ Harvey reissues and demos series - this week saw the announcement of the final album in the series on vinyl - The Hope Six Demolition Project - plus its accompanying previously unreleased demo collection on vinyl, CD and digital.  The demo version of 2016 single 'The Wheel' was released digitally alongside the announcement. And another remix from the forthcoming Nina Simone collection was released this week - Hot Chip have reworked 'Be My Husband'.  Feeling Good: Her Greatest Hits And Remixes is out on 4th February.

As always, a selection of this week's tracks have been added to the Reissues By Women 2022 Spotify Playlist.  Enjoy!