The PJ Harvey reissues and demos series resumes this week - with 8th studio album Let England Shake reissued on vinyl and Let England Shake - Demos, a new collection of previously unreleased demo recordings out on vinyl, CD and digitally.  Let England Shake was originally released in 2011, winning the Mercury Prize that year, and making PJ Harvey the first person to ever win the prestigious British & Irish music prize twice (she was also the first female solo artist to win it).  And it was album of the year at the Ivor Novello Awards in 2012. 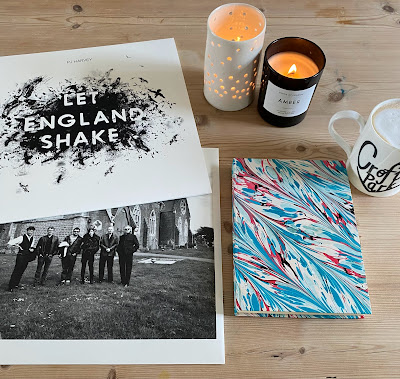 The demo release includes all twelve tracks on the album in their initial form.  Most interesting in this set is the samples used on the demo versions of the title track, and the first single.  'Let England Shake - Demo' features a loop of 'Istanbul (Not Constantinople)' by The Four Lads throughout, whilst 'The Words That Maketh Murder' includes an underlying sample of Eddie Cochran's 'Summertime Blues'.  This is the second last release in this series that started in summer 2020, with The Hope Six Demolition Project + Demos due out on 11th March. 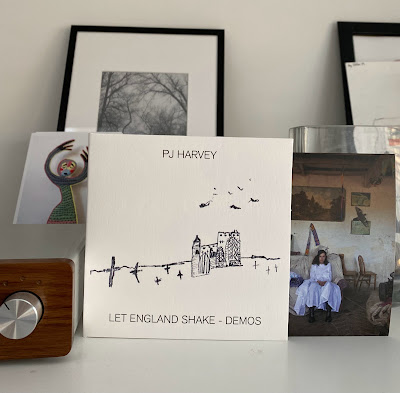 Plastic Pop Records have been doing an admirable job of reissues by women from the Polydor catalogue.  This week sees Girls Aloud's Nicola Roberts' debut solo album Cinderella's Eyes from 2011 reissued on CD and cassette, with vinyl to follow.  It includes the singles 'Beat Of My Drum', 'Lucky Day' and 'Yo-Yo', as well as a cover of the James Warren song 'Everybody's Got To Learn Sometime' (to my mind it's the Baby D song...).  But the song that stopped me in my tracks listening to it this weekend was the album closer 'sticks + stones'.  The lyrics, which detail the vile bullying treatment that Nicola received from the media, are nothing short of heartbreaking.  How can it be ok for a teenager to be repeatedly publicly mocked based on certain perceptions from a group of people in the press about how she looks?  I've pre-ordered the deluxe "glass slipper" clear vinyl version, which includes ten bonus tracks, seven of which are previously unreleased demos.  I'll feature this one again with more detail on those when it arrives in the summer. 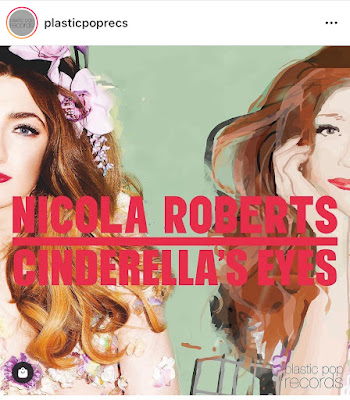 I absolutely love the blue hue and seventies style of the cover of the 6CD/DVD box set After The Storm by Mandy Morton & Spriguns, so much so that I got carried away with the juxtaposition of it photographed against the bright morning sky on Instagram yesterday.  Spriguns (initially known as Spriguns Of Tolgus) were a British folk rock group who released four albums between 1972 and 1978, fronted by lead singer and co-songwriter Mandy Morton.  After they disbanded, Mandy went on to release three albums as a solo artist (Magic Lady being my favourite).  All seven albums feature in this box set, along with several previously unreleased bonus tracks, all curated by Mandy Morton herself.  There's a very weighty 48-page booklet, with extensive liner notes by Mandy, including this insight: "I should also mention at this point that life was hard for a woman fronting a band in the mid-seventies.  It was a very male industry, and women were viewed as decoration rather than the makers of music.  It helped that I played guitar, which gave me more of a position within the band, but my destiny was constantly being discussed as if I wasn't there by the music moguls of the time". There's something of Radiohead's In Rainbows to me about the HONNE remix of Nina Simone's 'My Baby Just Cares For Me' out this week. '15 Step' plus 'Nude' plus Nina?  Perhaps just me!  This is the sixth remix to be released from Feeling Good: Her Greatest Hits And Remixes which is out next week on double-CD and digitally.  I've added it to the Reissues By Women 2022 Spotify Playlist.  I couldn't help but wonder this week: should I be routing people to Spotify if Joni Mitchell isn't?  Watching to see how this one pans out.  And as a person occupying a less-than-minuscule corner of the platform with my playlist-making endeavours, I think Billy Nomates makes a relevant point...