Not one but three archive releases from Broadcast on Warp Records this week.  The band's lifespan was unexpectedly truncated following the tragic death of singer Trish Keenan in early 2011 from pneumonia.  As a result, any releases by Broadcast cause quite a stir.  And so I reckoned I'd regret not buying all three.  From the BBC archives comes the 2LP Maida Vale Sessions - each of the four sides a different radio session from 1996 to 2003, and closing with a cover of Nico's 'Sixty Forty' recorded for John Peel.  Mother Is The Milky Way was originally released as a very limited tour-only CD in 2009, an 11-track collection which continues to cement their place in the genre of 'hauntology', a label placed on them by writer Simon Reynolds a few years previously, from a concept introduced in the early nineties by French philosopher Jacques Derrida.  And as might be expected for a blog that writes predominantly about music that features women in prominent vocal roles, Microtonics, a collection of incidental music recorded for links and bridges was the least striking of the three for me but fascinating nonetheless.  All previously unavailable digitally until this week too. 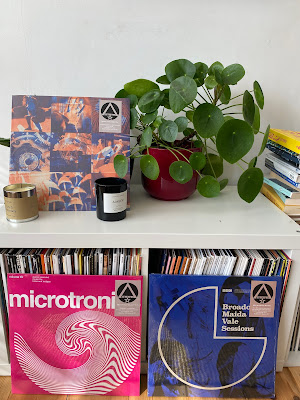 I've been following the Debbie Gibson reissue series since it started last year and this week sees the release of the third instalment - her 1990 album Anything Is Possible.  The album itself was split into two sections - NRG ↑ and Mood Swings - to delineate the upbeat dance tracks from the ballads.  The expanded reissue adds another two non-album tracks ('The Most Beautiful Love Song' and 'So Close To Forever') as well as a 15-track bonus disc of remixes including previously unreleased mixes of 'One Step Ahead' by PWL.  As with the previous album in the series, Electric Youth, many of the songs are both written and produced by Debbie - but this is the first album where she collaborates on some of the writing, with none other than Lamont Dozier of the legendary Motown songwriting trio Holland/Dozier/Holland, who co-writes four of the songs including the title track.  I learned from the notes in the booklet that this writing session took no more than a day!  Debbie strikes me as a woman who doesn't mess around... 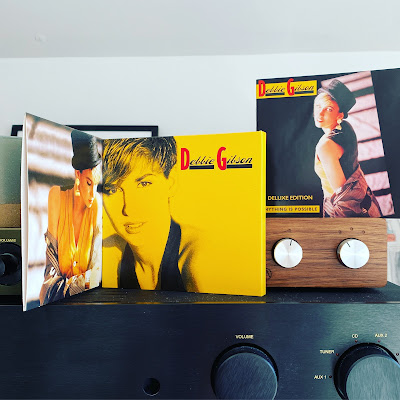 Also originally from 1990, Ani DiFranco's self-titled debut album was reissued for Record Store Day a few years ago to mark its 30th anniversary, and has now been reissued marketwide this week - including a very cool etch on the fourth side.  I love the first line of the blurb on the store page of her record label, Righteous Babe: "Ani DiFranco's first album is so revolutionary that the purveyors of status quo install women's music sections in the dusty corner of their stores in order to hide it". 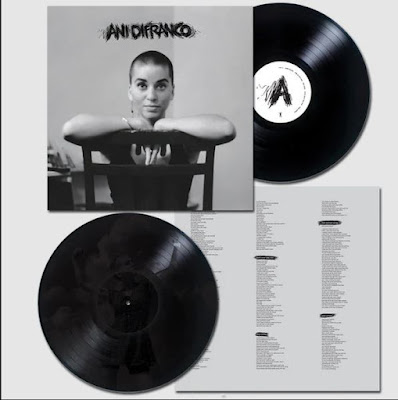 A quick mention that the physical formats of the Sonic Youth collection of unreleased songs from 2000-2010 - In/Out/In - were released this week in the US but are going to take an extra week to get to the UK according to the label (Three Lobed Recordings).  I've pre-ordered from Rough Trade so hopefully I'll have my hands on that in time for next week's blog.  (The digital version actually came out in January and shame on me, quite frankly, for missing that...)

Norah Jones has released another advance track from the 20th anniversary reissue of Come Away With Me (due out 29th April).  This time it's a demo of jazz classic 'Spring Can Really Hang You Up The Most', recorded in her high school band practice room, and subsequently played to Blue Note's Bruce Lundvall ahead of her signing to the label. 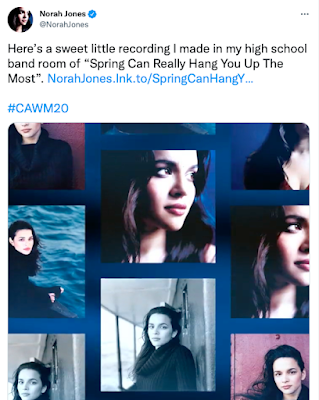 And The Anchoress continues to be busy.  A fortnight after the expanded reissue of critically acclaimed album The Art Of Losing, she has released a special French language version of the song 'Let It Hurt'.

A selection of tracks from this week's reissues are gathered together in the Reissues By Women 2022 Spotify Playlist as always.  And in case you missed it, there's a new playlist added to the Spotify profile in the past week too, a celebration of music by Irish women called Mnásome, especially for St. Patrick's Day. 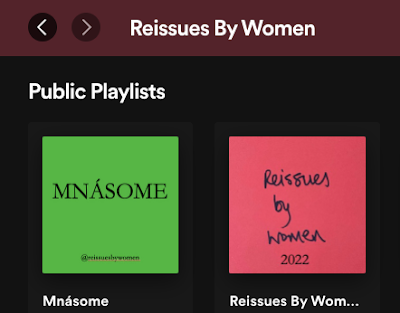