How things change from one week to another.  Last week I just couldn't stop discovering new catalogue releases by women, right up to pressing 'publish' on the blog on Tuesday morning.  This week, the line on my spreadsheet for releases on 1st April was utterly blank up to Thursday night when I put the appeal out on Instagram for things I might have missed.  Perhaps the small number of releases was down to the weekly release day being April Fools' Day and therefore not deemed to be a good idea to be trying to market anything on a day when people are at their most sceptical?  But thanks to some very helpful Instagram connections, we have blog content for this week!

My favourite new-to-me discovery this week was Cults Percussion Ensemble (thanks, Chris Martin).  Their only album, a self-titled private pressing from 1979, has been reissued on vinyl this week, ten years after it was first reissued by Trunk Records.  Cults Percussion Ensemble were a group of eleven girls - percussion students - with an average age of 14.  The most notable member being renowned Scottish percussionist (Dame) Evelyn Glennie.  And the "Cults" in the title refers to the suburb of Aberdeen that the group of students were from, rather than anything signifying a spooky or sinister vibe.  It's an absolutely joyous instrumental album, full of xylophones, glockenspiels, vibraphones and the like, and highly recommended. 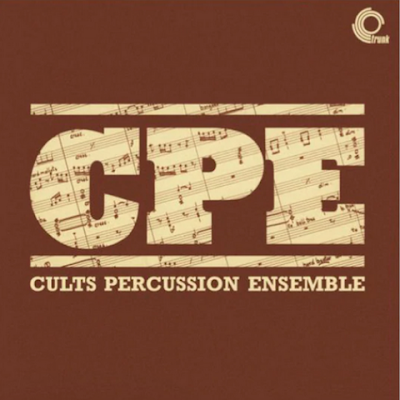 Linda Ronstadt's two Greatest Hits albums have got the vinyl reissue treatment this week (thanks, Sam Broderick).  The first was originally released back in 1976, covering the period back to 1967.  The best selling album of her career (with over 7 million copies sold in the US alone), it includes her versions of Smokey Robinson's 'Tracks Of My Tears', The Eagles' 'Desperado', Motown classic 'Heat Wave' and Buddy Holly's 'That'll Be The Day'.  The second - Greatest Hits Volume 2 - followed in 1980 covering the previous four years, and includes more Buddy Holly and Smokey Robinson cover versions by way of album-opener 'It's So Easy' and 'Ooo Baby Baby' as well as Roy Orbison's 'Blue Bayou' and Rolling Stones' 'Tumbling Dice'.  The vinyl packages are luxurious - with heavyweight textured outer sleeves - and were intended for Women's History Month, but the to-be-expected delays with vinyl meant they missed the month by a day (not bad under current conditions!).  But it meant they landed in time to mark Linda's 75th birthday at the weekend.  Neither are available to stream - most likely due to the fact that the first at least includes recordings owned by two different labels and for those of us involved in releasing compilation albums that remains very challenging from a licensing perspective (but for those who'd like to try before they buy, there are helpful Spotify user-compiled playlists that will do the trick - Vol. 1, Vol. 2!).  For people looking to own a physical copy, they are sadly quite steep to buy in the UK - looks like a bundle of both albums in the US is the equivalent price of just one in sterling in the UK. 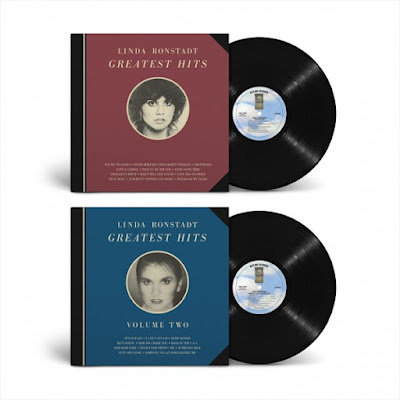 The Grammys took place in LA at the weekend - "music's biggest night" as it calls itself.  I was utterly delighted to see Joni Mitchell pick up one of the biggest awards for catalogue releases and reissues - Best Historical Album - for Joni Mitchell Archives Vol. 1 - The Early Years (1963-1967).  It's the first time this award has gone to a catalogue release by a female artist in twenty years (since Billie Holiday in 2002).  At the other end of the spectrum, Spotify has done a series of 'Spotify Singles' with six of the ten artists nominated in the Grammy's Best New Artist category.  My favourites are the Japanese Breakfast cover of Bon Iver's 'Skinny Love' (and I'm currently very much enjoying reading lead singer Michelle Zauner's excellent autobiography Crying In H Mart which came out in paperback a few weeks ago) and Pakistani singer (and Best Global Music Performance winner) Arooj Aftab's cover of ROSALÍA's 'DI MI NOMBRE' from 2020. 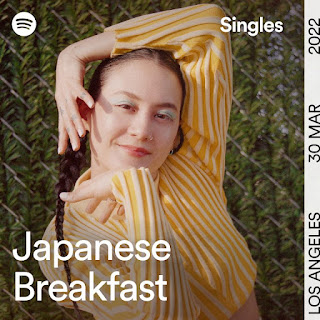 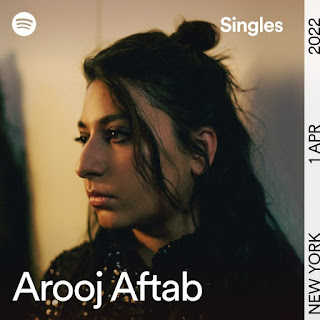 Some nineties mega-hits by women feature in new remixes out this week - Mariah Carey's 'Fantasy' (1995) meets Lasso's 'Big Energy', and the Sickick remix of Madonna's 'Frozen' (1998) gets a new rework to include an appearance by 070 Shake.

National Album Day was confirmed this week for Saturday 15th October 2022 with a theme of 'debut albums' for its fifth year.  Looking forward to seeing what the special releases for this year are, and here's hoping there are a decent proportion of women on said list...(starts making wishlist)

Not exclusively about women at all, but I watched the Grammy-and-Oscar-winning documentary Summer Of Soul (or, when the revolution could not be televised) on Disney+ this weekend and marvelled at excellent performances by the likes of Mavis Staples and Nina Simone.

I mentioned the Hear Her Voice podcast last week, and with it being a slow-ish news week for reissues, I'm going to mention it again this week!  It's the last in the first series, about Up & Coming female artists.  "Up & Coming" is not my area of expertise at all, but I loved having a reason to delve into some of the recent music being released by women while curating the accompanying playlist (yes, I am the type of person that always needs a reason!).

And for all your less up and coming musical needs, there is always the Reissues By Women 2022 Spotify Playlist, updated weekly...