THE CRANBERRIES, GIRLS AT OUR BEST!, LADIES SING THE BOSS, MADONNA

Listening to Stars: The Best Of 1992-2002 by The Cranberries the week after the finale of the TV series Derry Girls, I was so struck at how the two things have become inextricably intertwined in my mind now.  I grew up in Ireland in the 90s so I should have my own first hand memories of songs like 'Dreams' and 'Linger' (and I probably do if I thought hard enough about it), but the opening bars of LP1, Side 1, Track 1 had me reminiscing instead about my favourite memories of a television show.  By track two I was almost in tears, and I mean that as a compliment of the highest order to both the TV show and the music.  This hits collection was originally reissued on clear vinyl a couple of years ago for Record Store Day, and is now available 'marketwide', as they say, on black vinyl.  It compiles together singles from their first five albums - including 'Zombie', 'Ode To My Family', 'When You're Gone' and 'Ridiculous Thoughts' - as well as the customary two previously unreleased (at the time) tracks - 'New New York' and 'Stars'.  I will refrain from getting into a pedantic rant about the music industry practice of putting new songs on a Best Of, and just say that this is a really good collection of really great songs. 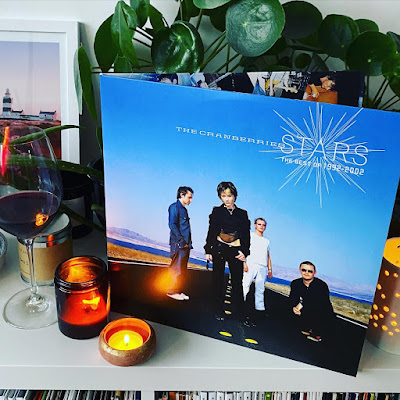 Pleasure by Girls At Our Best! is an album that makes me smile, and an album where you can't not listen to the lyrics.  My especially favourite line is in track 6, the excellently titled £600,000, which features the lyric: "who buys records with a man's voice?"  Indeed.  Originally released in 1981, the album has been reissued this week as a 3CD collection including two live shows, BBC Radio Sessions for John Peel and Richard Skinner, demos, and single A and B sides. 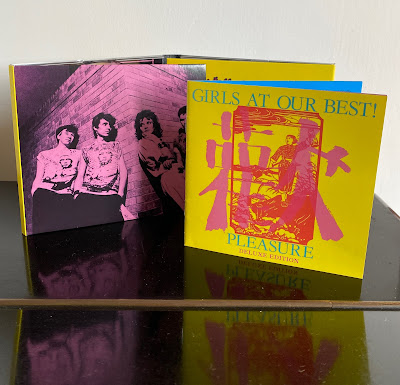 Ace Records have released a CD collection of Bruce Springsteen songs recorded by women, called Ladies Sing The Boss and it's a brilliantly curated 19-track covers compilation that does exactly what it says on the tin.  Personal favourites are Lucy Dacus' 'Dancing In The Dark', Soccer Mommy's 'I'm On Fire' and Patti Smith's 'Because The Night' but the whole album is a fascinating collective female take on one of the most masculine voices and bodies of work of our time.  I can think of a number of other male catalogues that I'd like to see get this treatment (and a reminder in a similar vein that The Metallica Blacklist By Women playlist still exists here).

And another advance single from the Madonna collection Finally Enough Love - the radio edit of David Morales' mix of 'Deeper And Deeper' was released digitally last week.

That's it for this week!  It's a short working week here in the UK (wooohoooo!) and I have bought some holiday reading in the shape of Linda Scott's book The Cost Of Sexism: How The Economy Is Built For Men And Why We Must Reshape It, which was a Guardian Science Book Of The Year.  Who says I don't know how to relax?!