Scheduling in-person meetings with people who work in the music industry this week is tricky from Wednesday onwards as so many are off to Glastonbury this weekend.  Not me though, I'll be watching the BBC coverage from my sofa with some quality refreshments as usual, which is how I like it.  Been prepping for the event with a bit of Diana Ross, her latest compilation The Greatest came out this month.  The 2CD was out a few weeks ago for the Queen's Platinum Jubilee Concert, and digital is out this week in time for her "tea time slot" at Glastonbury on Sunday.  Clocking in at over two and a half hours, it opens with 'I'm Coming Out' and is FULL of hits including 'Chain Reaction', 'Touch Me In The Morning', 'Ain't No Mountain High Enough' and 'Upside Down', duets with Lionel, Michael and Marvin and a whole host of Supremes songs, like 'Stop! In The Name Of Love', 'You Keep Me Hangin' On' and 'You Can't Hurry Love'. 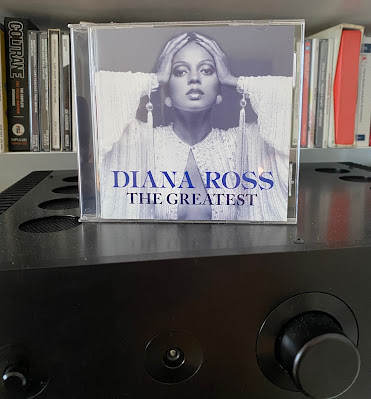 Carly Rae Jepsen's Kiss album turns ten this year, and it's been reissued on black vinyl to mark the anniversary.  It features 'Call Me Maybe' which was a number 1 single all over the place, and is one of the best selling singles of the 21st century by a female artist.

Sasha's 'Ultra Violet Mix Edit' of Madonna's 'Ray Of Light' was released digitally this week, the third single from the forthcoming Finally Enough Love collection of dance club number ones.  Most formats are released on 19th August, but there is a 16-track streaming collection out on Friday in time for New York Pride. 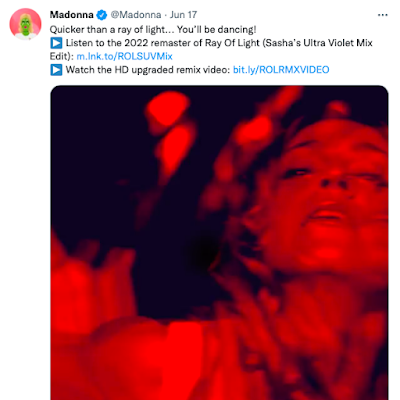 If you consume any kind of news, not even just music news, you can't fail to have been made aware that it was Paul McCartney's 80th birthday on Saturday.  Now, I wouldn't normally write about Paul McCartney here, but the reason I mention it is because The Anchoress has done a special cover of The Beatles' 'Blackbird' to mark the occasion.  As usual, it's a Bandcamp exclusive, and likely to be disappearing imminently, so check it out sooner rather than later.

This weekend also had a few retail exclusives.  It was Record Store Day Drop 2 for all the titles that missed the first release date (and I gather some have sadly not made Drop 2 either and are moving to later in the year).  Any remaining stock is now available online - full list is here or have a look at your local indie store's site.  I didn't make it to a shop at the weekend so will be having a little browse myself shortly as soon as I have this blog post published!  And HMV had their Vinyl Week with some exclusive 'Centenary Editions' dropping in stores on Saturday.  The list was rolled out in a number of phases and wasn't exactly brilliant in terms of gender balance, but they pulled it back at the last minute with three Bjork exclusives (which unsurprisingly have sold out).  Looks like Alison Moyet and Bobbie Gentry are still available online though.

And that's it for another week...!