Anyone else still getting Christmas cards in the post in the fourth week of January?  Another batch just arrived this morning and our poor postman is working 7 days to try and clear the backlog.  Getting records in release week is tricky for the same reasons (and more).  So although I ordered a couple of things for this week, I have nothing to physically show for it just yet.  But I will carry on undeterred...

Faye Webster's eponymous album was the first thing I ordered this week.  Originally released in 2017 via the wonderfully-named Atlanta label Awful Records, it has now been released on vinyl for the first time via her current label Secretly Canadian, and due to hit the UK this week.  And judging by the official packshot online, it's a beautiful white and blue splatter disc.  There my knowledge of the package ends until it arrives at my house, but I have been listening to the album digitally this week and it is one of those ones where I just knew from the opening bars of track 1 'She Won't Go Away' that I was going to like it.  Ostensibly, she is described as folk, but this album also has a real groove to it.  Would highly recommend with headphones for the permitted exercise outings of the current times, but I'm very much looking forward to hearing it on vinyl and will share photos and more thoughts on Instagram then. 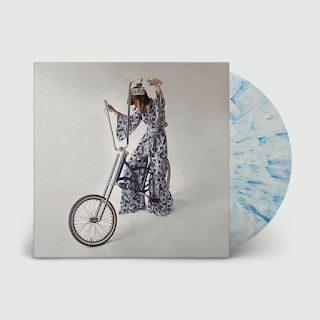 Also ordered is Sleeper's This Time Tomorrow: The Lost Album, which was released on clear red vinyl this week following a CD version at the end of last year.  I've got a signed copy of the vinyl on order which I am very excited about.  I'll save my chat about that one for when it arrives, because there's only so much hypothetical an audience can take! 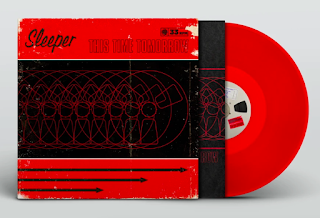 The celebrations for 'MC30' - Mariah Carey's thirty years in music - continue with another batch of vinyl reissues, plus a collection of new digital EPs.  Vinyl includes Charmbracelet, E = MC2, Me. I Am Mariah...The Elusive Chanteuse and Memoirs Of An Imperfect Angel, and the digital focus is on singles and remixes from the first of those albums, 2002's Charmbracelet.  Five EPs were released this week to digital platforms - Through The Rain, Boy (I Need You), Bringin' On The Heartbreak, The One and I Only Wanted - amounting to a whopping 40 tracks in total, including alternate versions and remixes.  'MC30' was kicked off last year with The Rarities which featured on the early weeks of this blog.  Recommended if you haven't already heard it. 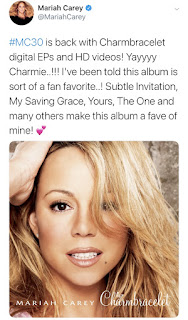 Folk singer Kate Rusby's covers album Hand Me Down is out on beautiful orange vinyl this week.  Originally released last year on CD and digitally, it is a collection made in lockdown of her take on songs like Taylor Swift's 'Shake It Off', Cyndi Lauper's 'True Colours' and what I like to call "Kirsty McColl's 'Days'", the idea for which started about 5 years ago when she did an Oasis cover for Jo Whiley's radio show. 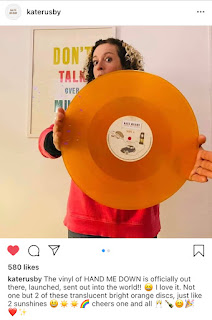 Recordstore.co.uk alerted me to a new green pressing by Numero of Rupa's 1982 album Disco Jazz.  It's limited to 200 copies but seems like there are a few still out there (Sounds Of The Universe had some at the time of writing).  Described as "barely disco and hardly jazz", I've added her 'East West Shuffle' to the Reissues By Women 2021 Spotify playlist for some much-needed good vibes.
Speaking of playlists, it is AGES away, but following the joy of the Christmas playlist last month, there is another 'collectively made' Reissues By Women playlist in the works for International Women's Day on 8th March.  The only criteria for inclusion is that it is sung by a womxn/women (or played by a womxn/women if instrumental).  Any genre, any lyrical subject matter, any age of song or artist.  Send your song choices to hello@reissuesbywomen.com.
It's just started to snow here which is a very welcome distraction to lockdown life so I am off outside to make the most of it.  Have a good week!