The blog is back... And well done to KT Tunstall for the first reissue by a woman of 2021! KT's second album Drastic Fantastic has been expanded to a three disc 'Ultimate Edition' which was released this week via UMC/EMI.  It originally came out in 2007, and although I own a copy of her 2004 debut Eye To The Telescope, I have to admit that I hadn't heard her follow-up album in full until this week.  I don't think it's just me, but this week has felt like a pretty gruelling one to say the least.  So it's no surprise that the line "too tired to fight it anyway" from 'Bad Day' jumped out at me as I listened at my desk on Friday afternoon.  Although the song itself is far from a negative one.  And that goes for the album as a whole - even the rockier songs like singles 'Little Favours' and 'If Only' have a soothing quality to their catchy melodies.  The additional tracks include a number of well-chosen covers - a jaunty studio recording of Edith Piaf's 'La vie en rose'  had me reminiscing about weekends in Paris that I hope may be a thing in my life again soon; as well as live versions of The Jackson Five's 'I Want You Back' and The Bangles' 'Walk Like An Egyptian' plus an acoustic version of Chaka Khan's 'Ain't Nobody' which is one of 8 tracks taken from the documentary 'All You Need Is Mud'.  There are remixes of the singles too.  The third disc is 8 tracks from the album in instrumental form, which is a nice touch.  I ordered the triple CD package as it had the most music content (more photos on Instagram - although hard to do justice to the high gloss sleeve with my photography skills!).  It's available in a really gorgeous coloured vinyl version (minus the instrumentals) too, as well as digitally. 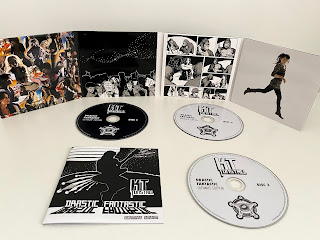 A late discovery this weekend was a reissue of the 2017 posthumous collection of acoustic songs by Eva Cassidy.  Simply titled Acoustic, the running order of the 20 tracks has been revised since the original release to move her beautiful cover of Cyndi Lauper's 'Time After Time' to the opening slot, having been featured on a major US TV advertising campaign of late.  The collection also includes covers of a second Cyndi Lauper song 'True Colors', plus Curtis Mayfield's 'People Get Ready', and of course Christine McVie's 'Songbird', which was the title of the compilation album that was a UK number 1 twenty years ago. 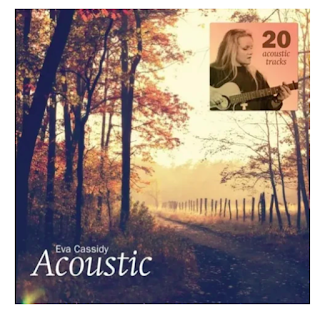 And Moya Brennan's Grammy-nominated album from 2006 - Two Horizons - has been made available on digital platforms this weekend too.  If you haven't seen the hour-long documentary on Moya broadcast by TG4 over Christmas it's worth a watch. 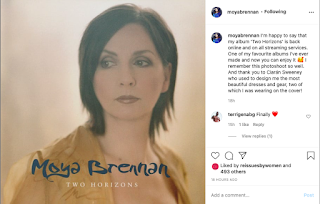 Stevie Nicks fans will recall that we featured Live In Concert: The 24 Karat Gold Tour in this blog when it came out on CD and digitally last year.  For those with a preference for vinyl, the 2LP format came out this week.

Those who read the last blog post of 2020 may recall that one of the most wished for things for 2021 from Friends Of Reissues By Women was more of the PJ Harvey reissues and demos.  And just a few days into the new year, the reissue of the Mercury Prize-winning Stories From The City, Stories From The Sea was announced, along with a demo version of the album.  First single is her solo demo of 'This Mess We're In' in which she sings all the vocals of her much-loved duet with Thom Yorke. 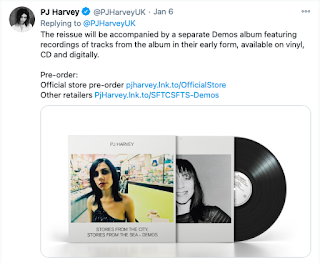 To kick off the new year, there's a brand new "2021" Reissues By Women Spotify Playlist which will be added to each week.  (If you're looking for last year's one, it's here!)

It's nice to be back.  Have a good week everyone...