Lovely to have some vinyl back this week!  It's the 50th anniversary of Loretta Lynn's Coal Miner's Daughter and the album has been reissued on vinyl to mark it.  This album was in fact her sixteenth studio album at the time, and she has a brand new album out next month too (her 50th studio album), which is quite the remarkable work ethic.  And work ethic is the subject of the title track here, her admiration for her mother, scrubbing until her fingers bled without complaint, and a father who worked all night and all day.  But mainly the album is about doomed relationships and it really runs the gamut. The stories told in these three minute songs are brilliantly captured by Loretta, tragic tales of infidelity and yet delivered with such strength. There are some words on the back of the sleeve from Doyle Wilburn, one half of the country music duo The Wilburn Brothers: "When you've listened to this complete album, I'm sure you will know why millions of people throughout the world have accepted Loretta Lynn as Miss Country Music".  There have been many contenders for the Miss Country Music crown since 1971, and as Loretta herself says "well a lot of things have changed since a way back then", but this album stands the test of time and remains a classic of the genre. 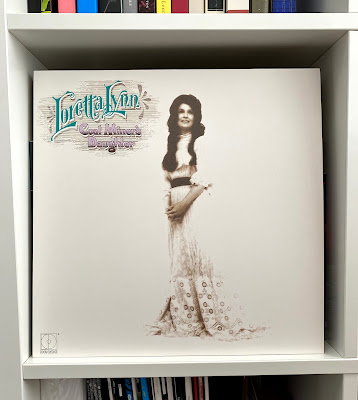 Roberta Flack has released a cover of 'What's Going On', the iconic song originally released 50 years ago by Marvin Gaye, generally deemed to be up there as one of the best songs ever written.  So it's no small task to do it justice, but do it justice she absolutely does and I would strongly urge you to set aside six and a half minutes today and sit back and listen to this stunning version. 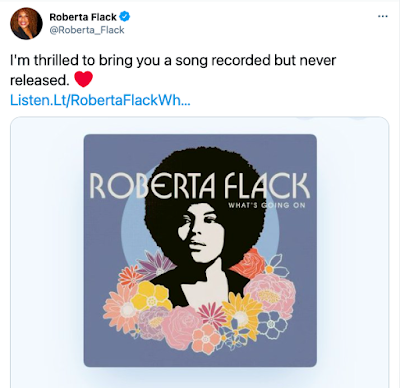 As promised to us last week by Team Amy Winehouse, there have been another four songs added to the digital release of I Told You Was Trouble: Live In London, including a poignant live version of the Back To Black single 'Tears Dry On Their Own'.  The full set on the CD included in 'The Collection' box set last year was 16 tracks, so hopefully that means more to come digitally in the next few weeks. 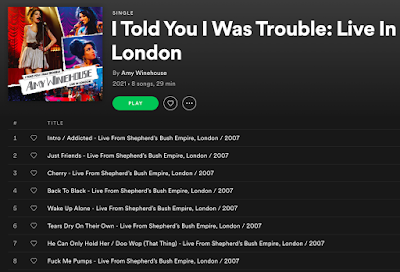 Also mentioned last week was the difficulty in getting vinyl made and distributed during the ongoing pandemic so it was a surprise and delight to see an announcement just this week by Shakespears Sister that a reissue of their Hormonally Yours album was coming out in the middle of next week (instead of the typical industry standard 8-week pre-order window).  The blue vinyl has been ordered and assuming no delivery hiccups you can expect to see it featured next week.  Also hoping to feature the limited edition red vinyl reissue of Emmylou Harris' Red Dirt Girl.

The annual Rock And Roll Hall Of Fame nominees were announced this week, and I have been very much enjoying The Go-Go's guitarist Jane Wiedlin's insta-reminders that you can vote daily for your favourite artists up until 30th April.  Go to vote.rockhall.com where you can cast votes for up to 5 nominees a day.  The gender balance of the list is good (although not quite 50/50), and also includes Tina Turner, Chaka Khan, Mary J. Blige, Carole King, Dionne Warwick and Kate Bush.  You can see the current standing here, and I think we all have a civic duty to start casting some serious votes en masse for Kate Bush. 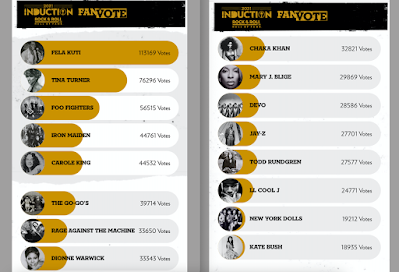 Don't forget to send your suggestions for the International Women's Day playlist coming on 8th March (any genre, any age of song or artist, any lyrical content, no limit to the number of suggestions).  This weekend has seen a huge flurry of people get involved and my phone has gone nuts with suggestions flooding in as people are embracing the idea of their own personal research projects into music by women that they love and sharing the call out with their family and friends.  Because god knows we could do with something new to do and to talk about, right?  It's shaping up to be an absolutely immense playlist!  Email to hello@reissuesbywomen.com, or DM via Twitter or Instagram.

And the 'regular' Reissues By Women 2021 Spotify playlist has been updated this week, as always.  Enjoy!