Good news reported by the Official Charts Company in the UK this week for those of us who love records and CDs - ten number 1 albums in a row have been largely driven by physical sales.  The pandemic has definitely transformed how I listen to music.  Despite being involved in making records and CDs for two decades, almost all of my consumption up to March 2020 was via my phone during my commutes.  I'm now friends with all the local couriers and, between my husband and I, there are almost daily deliveries of music arriving at our door.  Sadly, however, our local Royal Mail office isn't coping well with the pandemic so there are also things getting stuck for weeks on end.  One of those is a copy of Alice Coltrane's Huntington Ashram Monastery on vinyl which was reissued this week and posted to me days ago and is still not here.  Discogs is in fact suggesting that it's an unofficial Russian release so I look forward to receiving it and scrutinising it when it finally does arrive - hopefully it'll feature next week, bootleg or not. 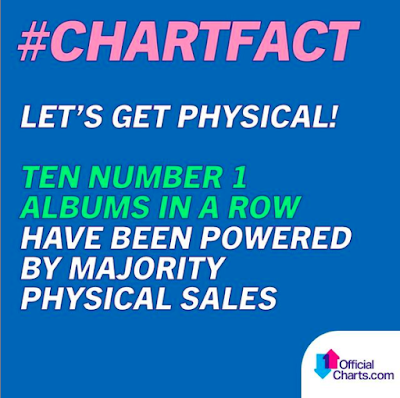 I went for courier delivery for my order of A.A. Williams' covers album and I am hoping it arrives in the next few days because the black and white swirl vinyl looks very special from what I have seen online.  I'll share it on Instagram when it comes, but in the meantime I have been listening to it digitally over the past few days.  It's called Songs From Isolation and it started life as a video series on YouTube a year ago when the UK first went into lockdown, with a cover of Radiohead's 'Creep' recorded at A.A.'s home in North London. A 9-track album of covers has been released this week via Bella Union, and includes stripped back versions of some of my all-time favourite songs including The Cure's 'Lovesong' and The Pixies' 'Where Is My Mind?'. Covers albums can sometimes be a bit hit and miss, but this one is hauntingly beautiful and I loved it.  The closing track, a version of Smashing Pumpkins' 'Porcelina Of The Vast Oceans', is just stunning.  Highly recommended, especially for fans of '90s alternative/indie. 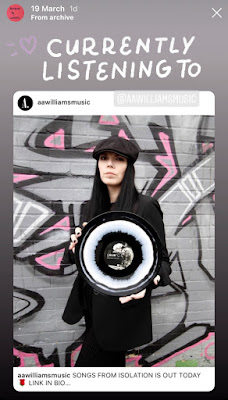 Back to my Royal Mail delay stories, another thing that was ordered and posted to me weeks ago and finally turned up in a parcel drop this week is She Wants You! Pye Records' Feminine Side 1964-1970, a mid/late sixties' pop compilation on CD by Ace Records.  Ace have a real knack for these collections, including original catalogue numbers of the singles alongside each song in the track listing, and a packed booklet with detailed liner notes about every song, and even noting which songs are mono (almost all) and which are stereo.  It opens with Petula Clark's cover of The Beatles' 'Rain', followed by Sandie Shaw's 'Reviewing The Situation' (from her album of the same name which was featured on the blog last year in the 2020 roundup), both of which I have added to the Reissues By Women 2021 Spotify playlist this week.  Music of the sixties isn't my area of expertise so there was loads to discover here and I liked that it was mentioned in the notes how a decent proportion of the songs were written by women as well as sung by them. 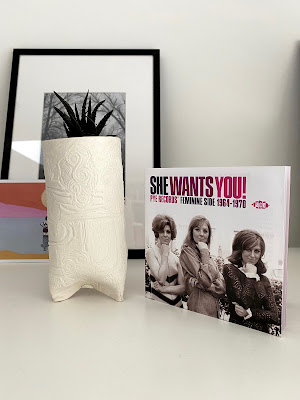 Some very pleasing digital EPs out this week too:

Mel C is celebrating the 21st anniversary of her first UK solo number 1 hit with the Never Be The Same Again EP, a 4-track acoustic collection which features a new recording of the title track (RIP Lisa 'Left Eye' Lopes), plus a solo version of the Spice Girls' 'Too Much'. 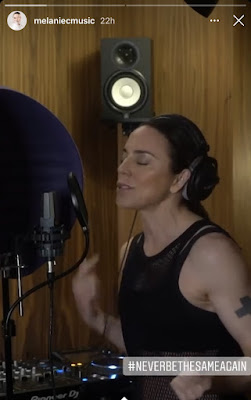 The latest Madonna remixes EP is Bedtime Story, the 1995 single written by Bjork.  It's 15 tracks in total, 100 minutes of music, and the Orbital Mix REALLY made me want to go and have a dance.  Maybe on a sunny evening over Easter when the Rule Of 6 comes back in, I could have five friends around for a bit of alfresco dancing in my back garden... 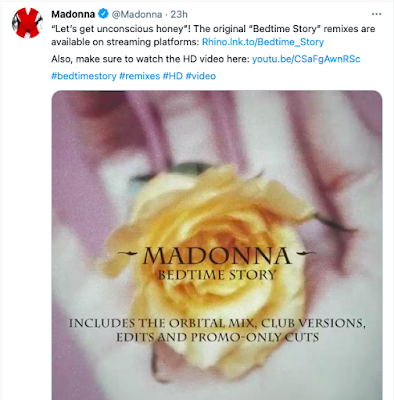 And the second Patsy Cline EP of 2021 is out this week, following last month's Love Songs.  This time it's a three-track Gospel Songs collection, themed for Easter in a few weeks time. 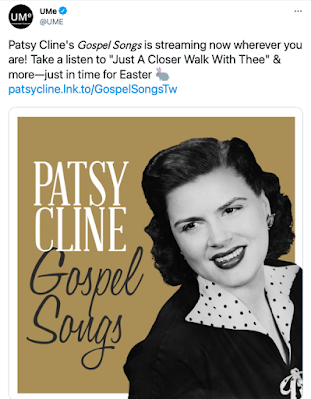 Regular readers will know that I love an artist side project.  And so this week I have pre-ordered Toyah's Anthem scented candle, a collaboration with Evoke Candles.  The first thing I do before I sit down at my desk every morning is light a scented candle so this felt like the perfect side project for me to check out.  I can never have too many scented candles.  It's available from early April so I'll update when it arrives.  For now, "it's a mystery".  Yes, that was a dreadful pun...