It's customary at this time of year to look back on all that has happened throughout the year, and Reissues By Women is no different.  This blog has been going for just twelve weeks which means that there are lots of releases in 2020 that didn't get featured.  So just for the fun of it, I gathered some thoughts from friends about what their favourite reissues, archive projects or catalogue releases by a woman or female-fronted band were, and here's what came together.

It's not definitive, it's not judged or ranked, it's simply a collection of 20 things that people enjoyed in 2020.

So, in alphabetical order, here we go:

Amy Winehouse - 12x7. This beautiful box set of a singles catalogue that is tragically shorter than it should have been was featured on the blog last month.  Amy's mum's message on Twitter is just lovely. 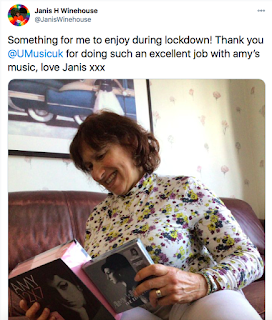 Bobbie Gentry - The Delta Sweete (Deluxe Edition).  Originally released in 1968, the deluxe reissue released in July this year includes a new remaster of the album, and ten bonus tracks.  The CD format also includes the album in mono.  "The essence of catalogue cool" is a quote I have 'borrowed' from Chas Chandler who was one of the people who suggested it. 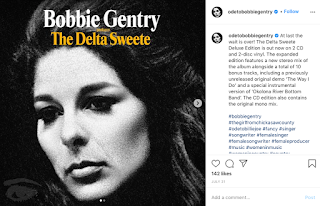 Britney Spears - Oops!...I Did It Again (Remixes & B-Sides).  A Record Store Day Drop 2 exclusive in September, celebrating the 20th Anniversary of Britney's second album with an 8-track collection on blue vinyl, including remixes of the four hit singles ('Oops!...', 'Lucky', 'Stronger' and 'Don't Let Me Be The Last To Know'). 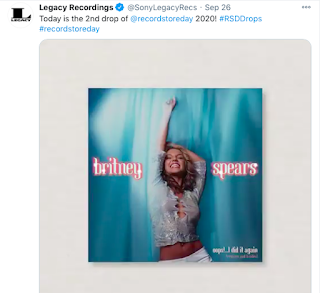 En Vogue - Born To Sing (30th Anniversary Edition). An expanded digital edition of their debut album, released day and date with the anniversary on 3rd April this year.  Eight bonus tracks - remixes and radio edits - and a brand new remaster of the Grammy-nominated album (with incidentals that make you smile). 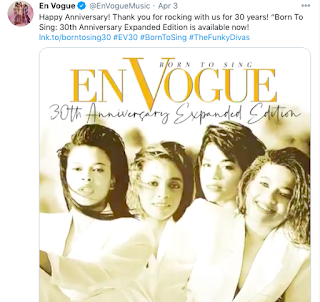 Gillian Welch - Boots No. 2: The Lost Songs, Vols. 1, 2 & 3.  48 songs across three volumes, apparently recorded in the space of one weekend in the early '00s and compiled and released digitally between July and November.  Deluxe boxes are also available - 3CD available now, 3LP vinyl available to pre-order for shipping in early 2021.  The recordings were made to fulfil obligations for a publishing contract, which makes them even more remarkable ("absolutely stunning", were the words of John Chadwick who was one of the people to suggest this one). 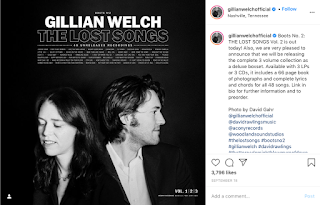 Joni Mitchell - Joni Mitchell Archives - Vol. 1: The Early Years (1963-1967). Featured on this blog a few weeks ago, this was one of the most mentioned releases by those who contributed suggestions - and justifiably so, it's a brilliantly curated historical record of one of the early works of one of most popular female artists of all time, and has whetted appetites for what is to follow. 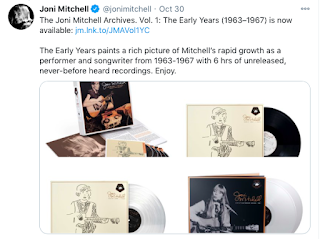 Leila - Like Weather.  Remastered reissue of her 1998 debut album which had been unavailable for over two decades.  Includes two bonus tracks (on an additional 7" in the vinyl format).  Originally released via Rephlex Records, and reissued with care and passion by Modern Love/Thank U in 2020.  Boomkat's reappraisal of this work by a "female auteur operating in an overwhelmingly male-dominated scene at the turn of the century" is worth a read. 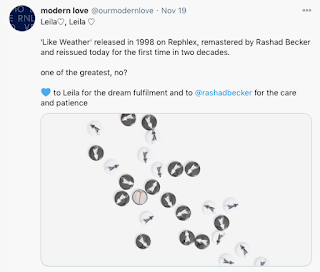 Kelis - Kaleidoscope. Reissued with 6 bonus tracks, digitally and on 2LP orange vinyl, to mark the 20th anniversary of Kelis' debut album which features the hits 'Good Stuff' and 'Caught Out There' (up until very recently I really thought this was called 'I Hate You So Much Right Now'). She's got two rescheduled dates in the UK in June next year in support of the reissue, in between her life as a busy chef as illustrated on Instagram.

Maggie Rogers - Notes From The Archive: Recordings 2011-2016.  The most recent of all of the releases featured, this one came out just on Friday.  A 16-track collection, featuring 6 previously unreleased tracks, and it's just gorgeous. 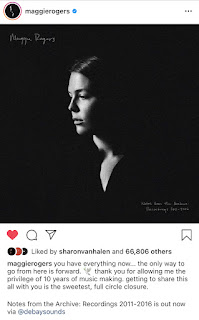 Natalie Prass - Natalie Prass.  Her eponymous debut for Spacebomb from 2015 was reissued on blue vinyl for Record Store Day Drop 2, complete with a bonus 7". 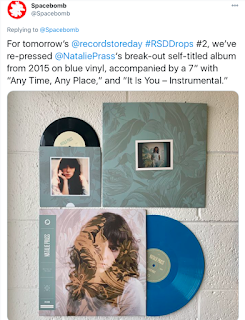 Neneh Cherry - Raw Like Sushi (30th Anniversary Edition). Released right back at the start of the year, the expanded reissue includes the two bonus discs including multiple remixes of her breakthrough hits 'Buffalo Stance' and 'Manchild'. 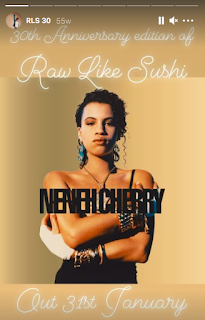 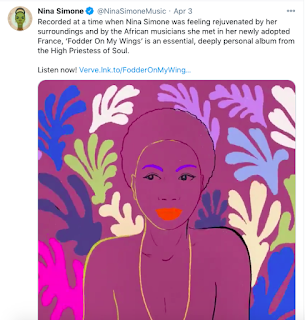 PJ Harvey - Vinyl Reissues & Demo Albums.  The most suggested reissue (or in this case series of reissues) for this round-up was PJ Harvey's studio albums on vinyl with accompanying demos.  Starting in July with debut album Dry and its demos from 1992, the series has been building with unreleased demo collections accompanying each of the solo albums to date, which are being released in chronological order.  Is This Desire? & Is This Desire? - Demos were announced earlier this month for release at the end of January. 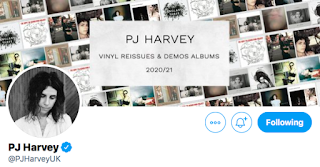 Roberta Flack - First Take (50th Anniversary Edition).  Featuring the Grammy-winning 'The First Time Ever I Saw Your Face', the 50th anniversary reissue is a 2CD/1LP collection, limited to 3000 copies and includes a new remaster of the album, b-sides, single edits and unreleased demos. The reissue will be available digitally on streaming services in summer 2021. 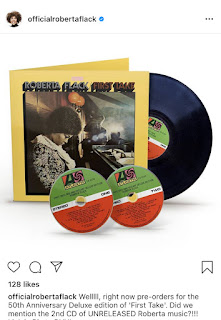 Robyn - Robyn.  Her eponymous album, originally released in 2005, was reissued on vinyl for the first time for Record Store Day Drop 1.  Newly configured tracklist with bonus tracks, cut across four sides and pressed on red vinyl, with original artwork.  According to ERA it was one of the most sought after releases of the August Record Store Day batch.  "A bonafide classic that reminded the world of Robyn's superstar status and paved the way for the Body Talk series and the dance-cry classic 'Dancing On My Own" - these are the words of Michael Cragg (who I accosted a bit over-eagerly in the park yesterday to request his contribution for this blog post!). 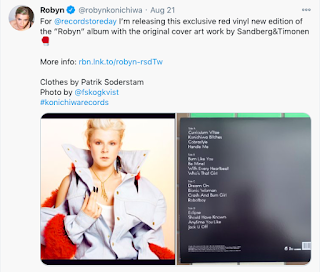 Sandie Shaw - Reviewing The Situation.  Expanded 2LP reissue of the self-produced covers album from 1969 for Record Store Day Drop 1, it includes Sandie's take on the likes of Bob Dylan's 'Lay Lady Lay', The Rolling Stones' 'Sympathy For The Devil' on the original mono album and bonus tracks from the sessions including Paul McCartney's 'Junk'. 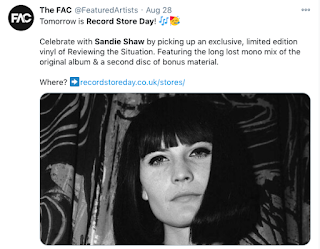 Shakespears Sister - Our History.  Reviewed here just last week, this London Records collection might be one of the biggest, if not the biggest, box set by women released this year. 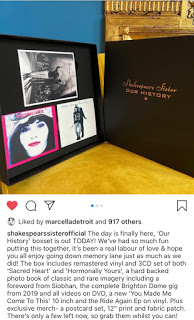 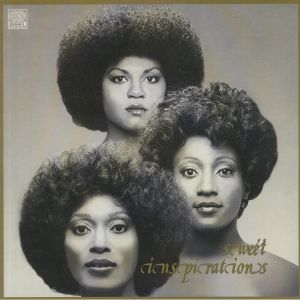 Yanti Bersaudara - Yanti Bersaudara.  The original 1971 Indonesian album by the Yanti sisters, reissued in July for the first time in almost five decades. 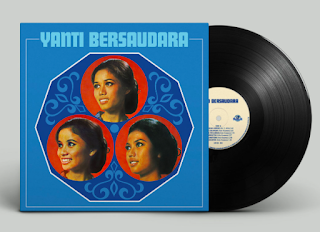 Young Marble Giants - Colossal Youth.  The 40th anniversary vinyl & DVD reissue of Young Marble Giants' one and only album was was featured at the end of last month.  Fourteen additional bonus tracks and a DVD of their last ever show, and hailed on the sticker as one of the most influential records that Kurt Cobain had ever heard (I discovered after buying this record that I owned a copy of Kurt Cobain: Journals which I had snaffled out of the neighbourhood book swap box during lockdown and promptly forgot about - and lo-and-behold this fact is indeed contained in there!) 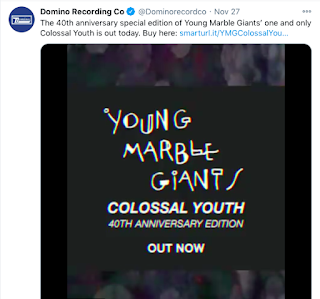 The wish-list for reissues in 2021 is pretty impressive and aspirational, it has to be said - some are likely to happen, some are total wishful thinking (I'll leave you to guess which!).  Here is what the band of big thinkers above are hoping for:

So that's it for 2020.  A huge thanks to everyone who has read, liked, commented and made suggestions over the past three months.  It has been amazing to get all the feedback, and I'm particularly enjoying the comments from people who have said that the blog has helped address a gender imbalance in their listening habits.

The Reissues By Women Spotify playlist has been updated with tracks from as many of the above releases that are available digitally.  And don't forget that the Christmas playlist is still available for all your festive needs.

Wishing you a lovely Christmas and a Happy New Year!  Back in January...