First up this week is not so much a typical 'reissue' per se and more what is being described as a reinterpretation.  Northern Irish electronic musician Hannah Peel reinterprets Electrosonic, the music of pioneering British electronic composer Delia Derbyshire from 1972, in a collaboration with the specialist library music label KPM from their original seventies' series KPM 1000.  The album is called Fir Wave and it's released on Hannah's own label - My Own Pleasure.  There's a Dinked Edition numbered blue vinyl version, which was snapped up, and I wasn't even quick enough for the limited pink vinyl version, but I have the black vinyl version ordered.  In the meantime, I went for the portable option and plugged in my headphones whilst doing a spring clearing of the garden yesterday.  I reckoned this was exactly the right album for getting immersed in nature, and I was right - although likely the beautiful soundscapes would be even better experienced on a walk in the woods, or by a rugged coast, than weeding a badly-maintained suburban back garden plot.  For those interested in a longer read on Hannah and her (Emmy-nominated) work, as well as her interest in the gender balance of film composers, there's a great piece in The Guardian this week. 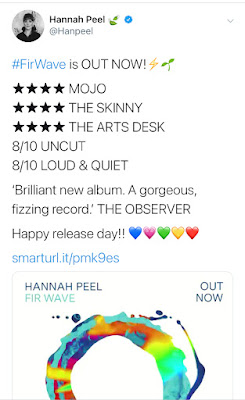 Marika Hackman's Covers album actually came out at the end of last year, but there's a new milky clear pressing of it out this week.  I have ordered mine from Banquet, and I'll share photos on Instagram when it arrives, but in the meantime I've been playing this one a lot digitally this week.  Not unlike A.A. Williams Songs From Isolation released last week, this is a collection of covers recorded during lockdown, and also includes a Radiohead song (in this case, 'You Never Wash Up After Yourself' from their 1994 EP My Iron Lung).  But Covers spans a wide variety of genres, including reworkings of Beyoncé's 'All Night', Grimes' 'Realiti', Air's 'Playground Love' and Elliott Smith's 'Between The Bars' (known to many of us from the soundtrack to the 1997 film Good Will Hunting). For those of us who work in the world of catalogue music and reissues, we have seen over the past year how people have consistently sought comfort during these strange times in music they know and love, and this album is another really great example of that. 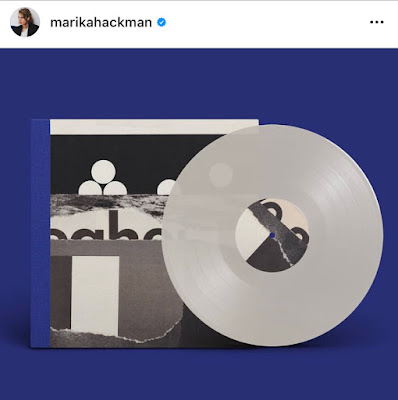 I'm letting you in on a secret - I have never listened in full to a Leonard Cohen album.  I'm not sure where I even stand on his most well-known song 'Hallelujah'.  But it's undeniable that he was a talented songwriter and the honouring of his work by Swedish sister duo First Aid Kit - Johanna and Klara Söderberg - and their friends in concert form, performed in Stockholm in 2017 and released this week, is a really sumptuous collection of recordings.  Titled Who By Fire, it's available on beautiful blue vinyl, plus CD as well as digitally. 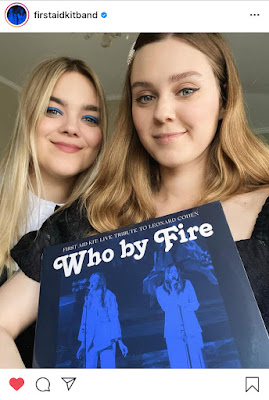 I mentioned last week that I had ordered the reissue of Alice Coltrane's 1969 album Huntington Ashram Monastery, which arrived on Monday.  Having watched the first episode of the new series of cop drama Line Of Duty on the BBC the night before, I was all fuelled up to scrutinise this one having seen a suggestion on Discogs that it was an unofficial Russian release.  And readers, my conclusion is that it is just that.  The early albums in Alice's catalogue were released on Impulse and there is no mention of any licensing arrangements with Impulse on this package.  There's a typo on the back cover too - although as someone who prides themselves on attention to detail, even I have missed a few clangers on record sleeves or album booklets in my time so it can happen to the best of us.  It was also very cheap for a gatefold package.  But it's not an awful pressing.  I wonder will it encourage Impulse to put out an official version of it? 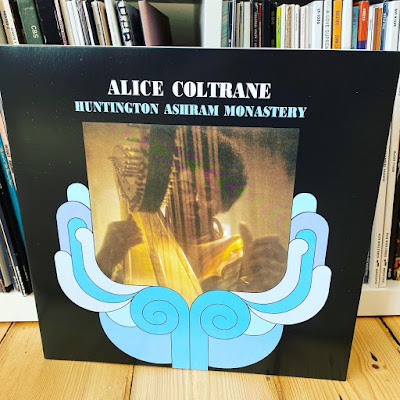 Dubstar - featuring the vocals of Sarah Blackwood - released a new-to-digital EP this week, marking the 25th anniversary of the last time their single 'Stars' hit the UK charts (I love this kind of specific anniversary detail!).  Undoubtedly one of my favourite songs from the mid-90s, this release collects together the b-sides and remixes from their 1996 EP and there's a lovely backstory piece on the Dubstar website about it. 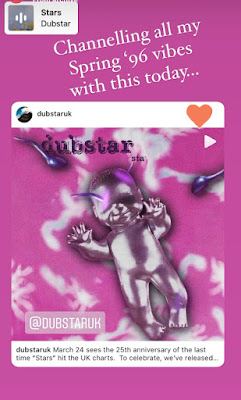 Taylor Swift is gearing up for the first release of the re-recording of her catalogue, with Fearless (Taylor's Version) out in just a few weeks, and she's added a couple of tracks to digital services this week - 'You All Over Me (From The Vault)' featuring Maren Morris, plus the Elvira remix of 'Love Story (Taylor's Version)'. 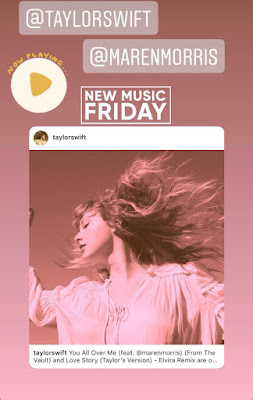 And the St. Tropez Mix of k.d. lang's 1992 song 'Miss Chatelaine' appeared in my Spotify Release Radar this week - the first single from her forthcoming remixes collection Makeover due out in May which I am really looking forward to.  Feels unlikely I'll get anywhere near France again this year, but word has it that the weather is supposed to be relatively scorching in London this coming Tuesday so I am picturing myself in my back garden listening to this summery tune with an early evening glass of rosé (perhaps even the Kylie Minogue variety).  I'll report next week as to whether this did in fact become a reality or was just a pipe dream... 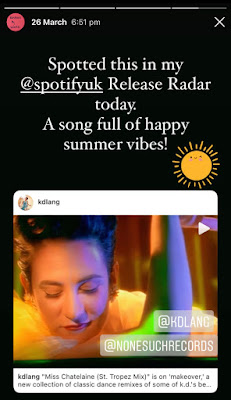 As always, a selection of this week's tracks have been added to the Reissues By Women 2021 Spotify Playlist.  Wishing you all a really good week ahead (woohoo for two short working weeks in a row to come...).