One of the biggest reissues by a woman of last year was undoubtedly Joni Mitchell's first Archive collection, featured on the blog back in November. She's following it up with Joni Mitchell Archives Vol. 2: The Reprise Years (1968-1971) later this year, but in the meantime she has released a 5-track digital EP this week to celebrate the 50th anniversary of her album Blue, arguably one of the most iconic albums by a woman since time began. Blue 50 (Demos & Outtakes) includes five previously unreleased tracks, including a version of 'River' with French horns (side note: 'River' was one of the most suggested songs for the Christmas playlist after Mariah last year, so I know it's a very popular one amongst the Reissues By Women readership!), as well as a demo version of my own personal favourite 'A Case Of You'. 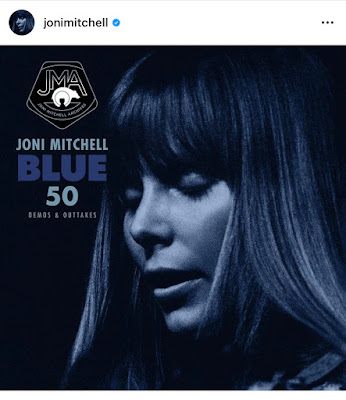 Curated by David Nathan, who was also responsible for the expanded 50th anniversary reissue of Roberta Flack's First Take last year, is this very expansive collection by Deniece Williams out this week via Cherry Red. Deniece Williams: Free - The Columbia/ARC Recordings 1976-1988 is an 8-CD box set which includes 11 albums, plus a CD of bonus tracks from the period covered.  'Niecy's' biggest hit, 'Let's Hear It For The Boy', is my entry point here - it was on the soundtrack to the film Footloose in 1984 (is this a safe space for me to admit that I have never seen the film Footloose?) and was a global hit single.  I really didn't know what to expect at all from the box set, but it's such an impressive body of work.  And it sounds super-sparkling in its remastered form.  Standout tracks for me, apart from the aforementioned smash hit, are 'Free' from 1976's This Is Niecy, 'The Paper' from the follow up album Songbird, and 'Haunting Me' from Let's Hear It For The Boy, but there is so much good stuff in this box, and I have been swotting up on the history via the 48 page book that is included. 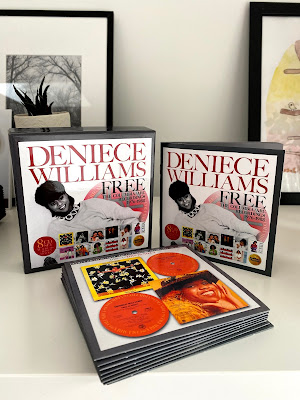 White Chalk, the seventh studio album by PJ Harvey, is reissued on vinyl this week.  Originally released in 2007, and cut at 45rpm, it was notable amongst her catalogue up to that point for its use of the piano instead of guitars - and indeed features a single entitled 'The Piano'.  And, in keeping with the series, the album is accompanied by a collection of demos: White Chalk - Demos is also out this week, on vinyl, CD and digitally. 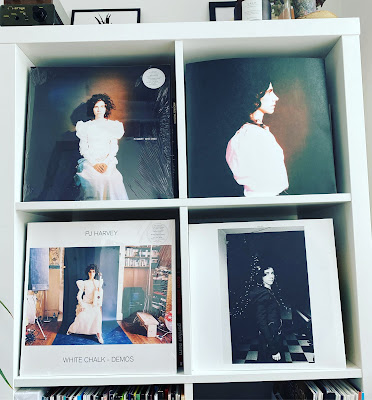 Switzerland's legendary Montreux Jazz Festival has launched a new series of live albums suitably titled 'The Montreux Years', and the first two titles in the series came out this week: Nina Simone: The Montreux Years and Etta James: The Montreux Years.  Nina's 'years' span four decades, including her festival debut in 1968, plus 1976, 1981, 1987 and 1990.  Etta's 'years' also feature five shows - 1977, 1978, 1989, 1990 and 1993.  Both are superb collections that made me really wish I'd seen these women perform live, and it's absolutely brilliant to see a series like this leading with releases by women.  I've added Nina's performance of 'My Baby Just Cares For Me' from 1990 and Etta's performance of 'A Lover Is Forever' from 1993 to the Reissues By Women 2021 Playlist this week.  I can't shake the reminiscence of Metallica's 'Nothing Else Matters' from the latter, which leads me nicely to...

Miley Cyrus released a new cover this week - she takes lead vocals on a new recording of Metallica's 1991 single 'Nothing Else Matters' as part of a multi-artist collaboration that also features Elton John and Red Hot Chili Peppers' Chad Smith.  This song is one of the first to be released from a 53-track charity collection called The Metallica Blacklist, coming out later this year.  Some of the other women involved in covering songs from "The Black Album" are St. Vincent, Phoebe Bridgers, Imelda May, Alessia Cara and Mickey Guyton.  I'm quite partial to the original version of 'Nothing Else Matters' to say the least, but Miley's version is absolutely excellent. 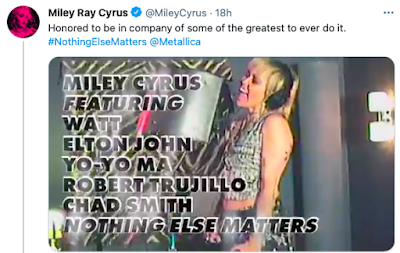 Sugababes' 'Same Old Story' gets the remix treatment by Blood Orange this week.  The piano intro is just gorgeous.  This is the second single to be released from the forthcoming expanded reissue of their debut album One Touch out at the start of October. 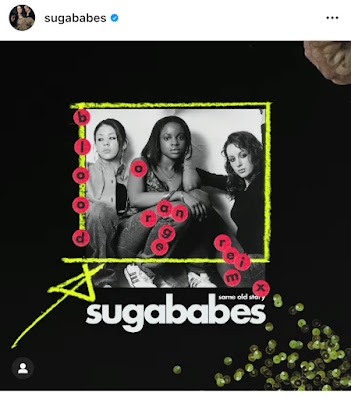 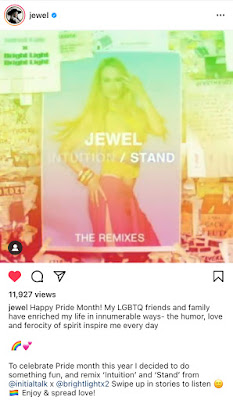 Lady Gaga's Born This Way The Tenth Anniversary is released digitally this week (with physical formats to follow later in the year).  Similar to Sharon Van Etten's epic Ten, it features six of the album's tracks 'reimagined' by other artists on a bonus disc - in this case the artists are those who represent and advocate for the LGBTQIA+ community.  Four of the six cover versions have been released as singles over the past month, but newly added women to complete the album this week are The Highwomen featuring Brittney Spencer and Madeline Edwards who somewhat appropriately cover 'Highway Unicorn (Road To Love)'. 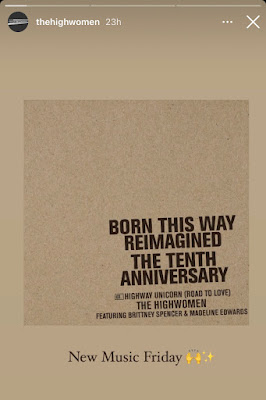 And hot on the heels of the Aretha Franklin vinyl collection of her eighties-onwards hits last week, comes the announcement about the multi-format career-spanning box set, simply titled Aretha, which comes out on 30th July.  A taster of it, in the form of the single 'You Light Up My Life', was released digitally this week. 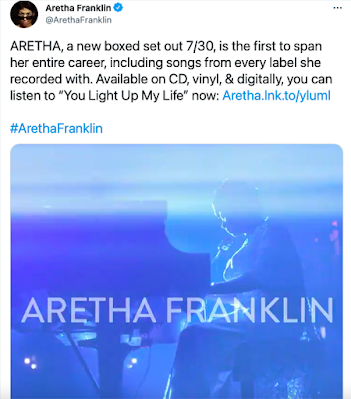 Suffice to say it's been another bumper week, delighted to have so much to include!
And thanks to the Women In Vinyl community for featuring me in their blog this week.  Delighted to be among such good company.