Last Friday was the annual Music Week Women In Music Awards in the UK, and my first time in a big room with a lot of people in quite some time.  Nine-hundred people in all, and I'm going to hazard a guess at a percentage of more than 80% being women.  The keynote speeches by event co-founders Alison Wenham and Lara Baker were very thought-provoking - Lara reflected that the gender imbalance in the music industry "is not a women's problem to be fixed by women" and Alison made the point about the lack of women historically in boardrooms and said (referring to the state of the wider world) "if women were in those rooms 50...100 years ago, do you think we'd be in this mess?" (for the avoidance of doubt, there was a big chorus of "No" to this!).  At the risk of being gushy, it was a really inspiring day, and nice to see some old friends and also get out of the comfort zone and talk to new people from other parts of the industry. 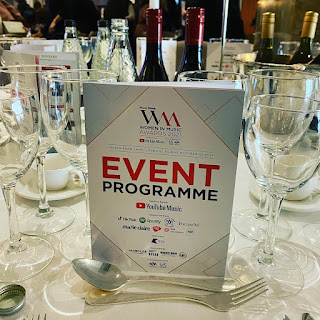 After the extravaganza that was National Album Day last week, this week has felt altogether quieter (although my day was made with the discovery of a tweet reply from Debbie Gibson on Wednesday in response to last week's blog post!).

The release that I have been enjoying the most over the past few days didn't actually come out this week - it came out last week but got overshadowed in my feed/brain.  Faye Webster has released an EP exclusively via Spotify, called Live At Electric Lady, and it features re-workings/re-recordings of songs from her most recent album I Know I'm Funny ha ha, plus a version of her 2019 song 'Kingston' from the album Atlanta Millionaires Club and a cover of the Fleet Foxes song 'If You Need To, Keep Time On Me'.  Beautifully chilled.

Some more advance singles from forthcoming bigger reissues out this week too:

Pretenders have released a live recording of their single 'Precious', complete with a nice sweary "Fuck Off!" performed in Santa Monica in September 1981 in the lead up to the reissues of Pretenders and Pretenders II, curated by Chrissie Hynde and out on 5th November. 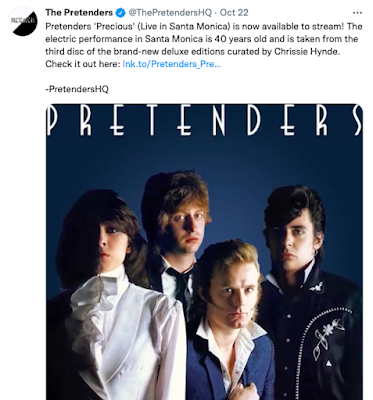 The Feeling Good: Her Greatest Hits And Remixes collection of songs by Nina Simone is out on Friday next and a remix of 'I Put A Spell On You' by Floorplan was released digitally this week.  Not only that, but 'African Mailman' from the forthcoming green vinyl/CD reissue of Nina Simone And Her Friends (out 3rd December) was also released this week. 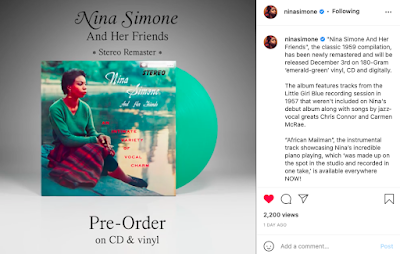 Taylor Swift put a little teaser of music from her Red (Taylor's Version) on social media this week - but no official singles from it out so far.

And although it's only October and I'm really not comfortable about talking about the C-word this far up front, Mariah Carey released her Joy To The World EP digitally this week.  In fairness, she and I are aligned, as she noted on Twitter: "let's be clear, it's definitely not time yet...".  Mariah also has a 7" 25th anniversary release of her Christmas mega-hit 'All I Want For Christmas Is You' but it's sold out and been removed from her store.  She's not the only one prepping for Christmas, Katy Perry has a 7" green vinyl pressing of 'Cozy Little Christmas' out on Friday. 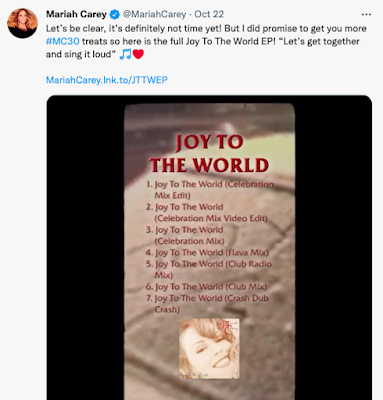 The Reissues By Women 2021 Spotify Playlist has been updated as always (although not with Christmas songs, there's a time and a place for those).  Next Friday's reissues include Joni Mitchell, Spice Girls and KT Tunstall so I'm expecting to be kept much busier over the coming week...!