Saturday was National Album Day in the UK, the fourth annual event celebrating the craft of the album, and this year's theme was "celebrating women in music".  And it has been really lovely all of this week seeing so many posts on social media and articles about brilliant music by women.  I said this on Saturday, and I'm saying it again now (I do like to repeat myself), I'd love to see an officially designated "celebrating women in music" day every year.  Maybe around Women's History Month in March - a bit of a stretch to get any vinyl out for March 2022, but there is lots that could be done with other formats and generally just making sure that music by women gets a bigger focus than it does normally, and the vinyl could come in 2023 (Couldn't it?  Who knows these days).   Anyway, here I am happily posing with some of my favourite albums by women on Saturday by way of getting involved... 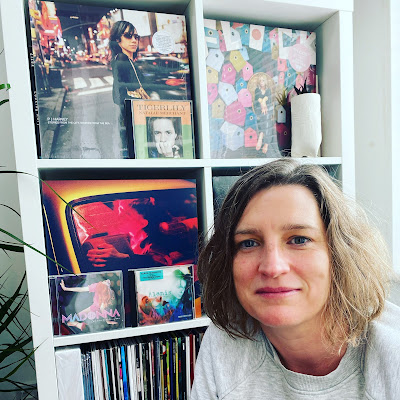 One of this year's "ambassadors" for National Album Day was Kylie, and she reissued her Fever album this weekend as part of the event and to celebrate the album's 20th anniversary (20 years?  I know...!).  There were signed copies which were snapped up on pre-orders before you could blink a few weeks ago (and promptly put on eBay) but after multiple other failed attempts on my part, I finally got hold of the white vinyl + print version via Piccadilly Records in Manchester.  I was expecting to be very familiar with some of the songs on the Fever album because they were massive hits, but I was a bit surprised to discover when I was playing the record through that I knew the whole thing from start to finish.  Turns out I already own the original CD.  Isn't the world of reissues a wonderful place, you just buy the same thing multiple times in different ways!  Anyway, it was a big 45 minute warm glow through 'Can't Get You Out Of My Head' and 'Come Into Your World' and 'In Your Eyes' and more besides and it is a record that has not lost any of its charm with age.  I went to see the Fever tour in 2002 when it hit London's Wembley Arena. And for many years I kept the special Kylie-branded bottle of Evian water that they gave out at the tour, unsealed and amongst my possessions (even moving it across the Irish Sea and back again).  One day, I decided that it was time for a declutter and the Kylie Evian was got rid of.  It's quite possible that I held on to it for at least a decade first, and I can't remember if I drank it or just binned it. I was thinking nostalgically about it this weekend and assuming I'd thrown away a small fortune. Nope. A tenner is what they go for on eBay. At London real estate prices the space in my cupboard is probably worth more! 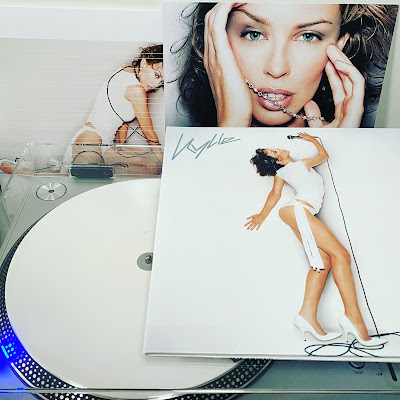 My other National Album Day vinyl purchase was a reissue of Róisín Murphy's Róisín Machine, a limited edition red and blue splatter pressing.  This album originally came out at the start of October 2020, in the same week as I started this blog, and so I am delighted that it is now out in a reissued form that makes it properly eligible for inclusion here.  It was a top five hit in her home territory of Ireland, and a top twenty album in the UK last year - which makes it Róisín's highest charting album to date.  And it's easy to hear why, and why it featured in so many of the Best Albums Of 2020 lists too.  It is beautiful disco pop, the type of music that is as good for a Saturday evening (kitchen) disco, as it is for a lazy Sunday afternoon, or indeed to channel all the good vibes on a Monday morning.  No mean feat. 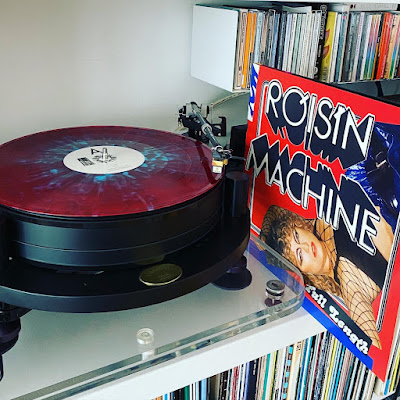 It wasn't all about vinyl, Cherry Red reissued a couple of albums on CD for National Album Day and very kindly sent me copies to share with you here.  First up is Debbie Gibson's Out Of The Blue, a deluxe 3CD + DVD edition of her debut album from 1987.  The booklet includes a new essay on the album which is a brilliant reminder of just how massive this album was (more than five million copies sold worldwide).  I couldn't get 'Only In My Dreams' and 'Shake Your Love' out of my head (until I started playing Kylie's 'Can't Get You Out Of My Head'...), each of the singles appear in the collection in various remixed forms.  I am also compelled to mention the attention to detail in terms of the notes on sources used for the reissue where masters could not be located (laserdisc in one case, a sealed vinyl original in another).  I love to know this sort of thing.  Almost none of the bonus tracks are available digitally, and many are new-to-CD so it's a real collector's piece.  Demand for this one has been so great that it's already undergoing a repress.  The next album in the series - Electric Youth - comes out in November. 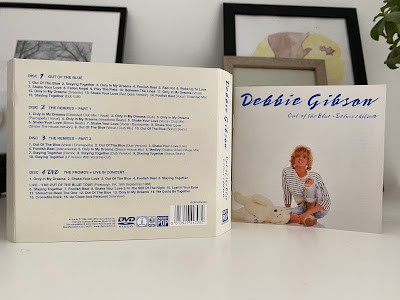 Also on CD is Eartha Kitt's I'm Still Here, a CD collection that includes her 1989 album plus a live performance from London's Shaftesbury Theatre across two discs.  Special mention to the beautiful portraits of Eartha that adorn the sleeves of the live discs, and also noteworthy is her wit and humour throughout the performance.  Lots of audience chuckling throughout, and plenty of chuckling from yours truly too, in between classic songs such as 'Ne Me Quitte Pas' and 'I Will Survive'.  The album is not available digitally, but the single 'Cha Cha Heels' with Bronski Beat is available on some compilations so I have included it in the updated Reissues By Women 2021 Spotify Playlist by way of a taster. 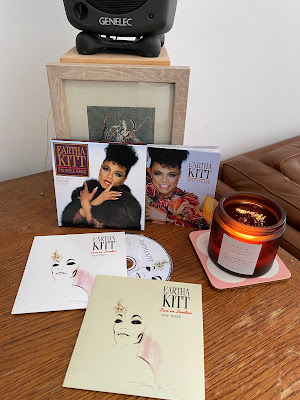 There are LOADS more National Album Day releases, including a picture disc reissue of Amy Winehouse's Back To Black (I learned this week that this is the twelfth best selling British album of all time via the M Means Music podcast), a 40th anniversary remastered reissue of "Queen Of Lover's Rock" Carroll Thompson's beautiful album Hopelessly In Love, Solange's excellent A Seat At The Table on white vinyl, Kirsty MacColl's Tropical Brainstorm featuring the gorgeous 'In Her Shoes' on vinyl for the first time ever, the 10th anniversary vinyl format of Lykke Li's Wounded Rhymes (featured on the blog in digital form earlier in the year) and Haim's Something To Tell You on clear vinyl as well as some releases that are part of the celebrations, not yet out, but available for pre-order, including Gabrielle's Rise (out in December) and KT Tunstall's Tiger Suit which will be available for the first time on vinyl later this month.

If you fancy a browse at what's still available, check out the special National Album Day online stores at the likes of Rough Trade, Resident and Sound Of Vinyl.

I mentioned this on Insta and Twitter last week, and I'm going to be so self-assured as to mention it here now too... Although I write a lot about music by women for this blog, I really wanted to look at redressing the balance in my own day-job in terms of the number of projects I work on that feature men, and the number that feature women.  So I was very pleased to get the opportunity to be involved in curating a new CD/vinyl collection called Hear Her Voice for UMC which came out this week as part of National Album Day too.  It's a 21-track compilation, and the songs featured come from many of the albums highlighted as part of this year's celebrations.  I'm even quoted in the press release: "The breadth of female talent in the Universal Music UK catalogue is immense," says Power. "And it is not overstating it to say that we were blown away by the overwhelmingly positive responses to be part of this collection, which showcases songs from some of the most critically acclaimed and enduringly successful albums by iconic women across six decades of music history."  I'm hoping to get my hands on finished copies soon so I'll share pictures of them on Instagram when I do.  In the meantime, here's the full tracklist: 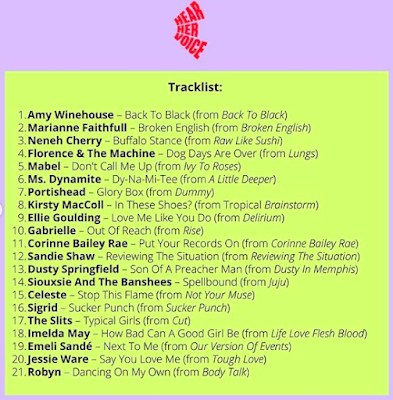 There were also some things reissued and released this week that were not part of National Album Day, believe it or not, including a 35th anniversary expanded digital version of Cyndi Lauper's True Colors, featuring an immense 13+ minute remix of the title track by Junior Vasquez, and a 20th anniversary expanded digital version of Michelle Branch's The Spirit Room which she posted about on social media with the description "let's cry in our bedrooms like it's 2001".  If you insist, Michelle...