I started this blog back in October 2020 because I had noticed that I wasn't really listening to music other than what I was obliged to listen to for work.  The blog is eighteen months old this week, and I was reflecting on how much more music I listen to as a result, and the diversity of what I listen to.  But I am somewhat amused that I had to make an obligation for myself to do it.  I am a person who thrives on obedience.  Rock and roll...

Also in not very rock and roll tales about me, I spent the weekend painting woodwork on my stairs and landing.  A gruelling dull task if ever there was one but made all the more bearable by the soundtracks.

Emma Ruth Rundle's album Marked For Death accompanied me as I did the bannisters on the stairs.  My first proper encounter with the music of Emma Ruth Rundle was last year when her 2018 album On Dark Horses was reissued on pink vinyl and featured in this blog.  And this month is the turn of the predecessor, 2016's Marked For Death - originally due on black and silver vinyl last week, some retailers showing this week, although I wasn't able to get hold of it on my record shopping in Shoreditch at the weekend (partly because Rough Trade East was closed for a couple of Father John Misty shows, in fairness).  So it was a digital spin for me for now.  It is an embracingly heavy album, both in sound and in lyrical content, but beautifully and elegantly so. 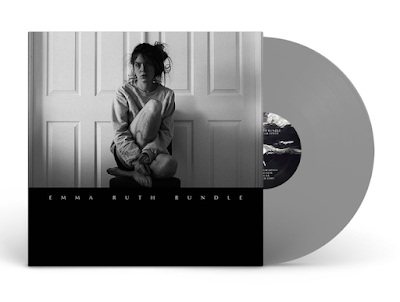 Upstairs doors were painted to the sounds of Kylie's Infinite Disco.  This is the third Disco-related release in three months, and from a catalogue perspective, this one is my favourite as it features many of her earlier hits alongside songs from the Disco album.  Infinite Disco was originally a 'livestream' performance around the original release of the album in late 2020, and the music has been released as an album digitally this week (vinyl will follow on 6th May).  The interludes of 'Come Into My World' and 'I Should Be So Lucky', the reworkings of 'In Your Eyes', 'Love At First Sight', 'Light Years', and the medley of 'Slow' and 'Love To Love You Baby' are a delight.

In my day-job, we often talk about the size of catalogues - Kylie is a woman with a pretty sizeable catalogue whereas, in the grand scheme of things, the Frou Frou catalogue is a very small one.  Just one album, Details, released in 2002 and containing the anthem 'Let Go' (as featured in the movie Garden State), plus a live single 'Guitar Song' released in 2019.  So to get four new-to-digital tracks on Friday morning was quite the big deal.  'A New Kind Of Love' - Demo is from a forthcoming EP which will be released on 6th June to mark the 20th anniversary of Details, and its appearance on digital platforms this week was accompanied by three remixes.  Frou Frou's Imogen Heap and Guy Sigsworth did a chat on YouTube last Thursday night to talk about the release and there was mention of possible live performances too.  Exciting! I have to admit that I have never seen a full episode of Bridgerton, but there's a fabulous reworking of Alanis Morissette's 'You Oughta Know' with strings from the series that has been released digitally in the last couple of weeks.  I'm due to see Alanis later in the year when she comes to London and it is really whetting my appetite.

I may not have seen much of Bridgerton, but I am very much enjoying the Top Of The Pops year in review series on BBC 2 on Saturday nights at the moment.  Last weekend was 1994 and I did marvel at the number of women featured - from Whigfield's 'Saturday Night' (a total tune, but also the one that knocked Wet Wet Wet's 'Love Is All Around' off the number 1 spot after fifteen weeks), to Kate Bush's 'And So Is Love', Sheryl Crow's 'All I Wanna Do', Tori Amos' 'Cornflake Girl', plus Dawn Penn's 'You Don't Love Me (No, No, No)', The Cranberries' 'Linger', Elastica's 'Connected', Shampoo's 'Trouble', and Neneh Cherry's duet with Youssou N'Dour 'Seven Seconds' (and there were more).  Kudos to those curating the programme for the balance.  It's not always a given, even with massive hits. 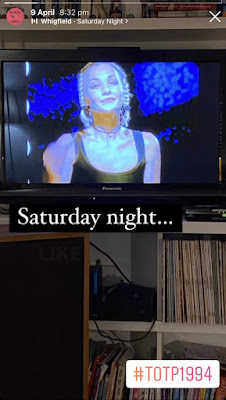 I'm VERY excited to read This Woman's Work- Essays On Music, edited by Sinead Gleeson and Kim Gordon and published this week.  It's rare that I buy an actual book rather than a download on Kindle, but if ever there was a book that merited owning in physical form, I felt this was it.  It's on order from my local bookshop and I'm hoping to pick it up before the long weekend.  Anyone else crawling towards that long weekend...?!