The icon that is Suzi Quatro is into her sixth decade of making music and is back on tour again next week too.  There is quite a bit of attention on her catalogue at the moment, including two collections out this week.  First (in the chronology) is The Rock Box, an immense 7CD/1DVD collection which covers the first six years of her solo career (1973-1979) including her number ones 'Can The Can' and 'Devil Gate Drive'.  And, at the opposite end of her catalogue is the 2CD Back To The...Spotlight, which combines her 2005 album Back To The Drive with 2011's In The Spotlight complete with bonus tracks (including a cover of The Eagles' 'Desperado' featuring Jeff Beck). It is also available digitally.  I love the cover of Yeah Yeah Yeah's 'Turn Into' on In The Spotlight - and her version of Goldfrapp's 'Strict Machine'' is absolutely timeless and sounds like it was written specifically for Suzi.  Next month sees an eighties focus with The Albums 1980-1986, a 3CD collection out on 20th May - and initial orders come with a signed postcard. 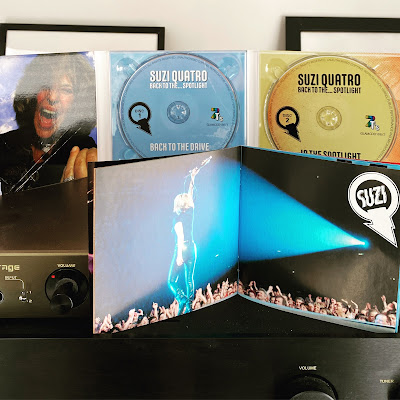 Some excellent cover versions as advance singles out this week:

Sheryl Crow's cover of the Rolling Stones' 'Live With Me' from the album Sheryl: Music From The Feature Documentary features Mick Jagger on harmonica. 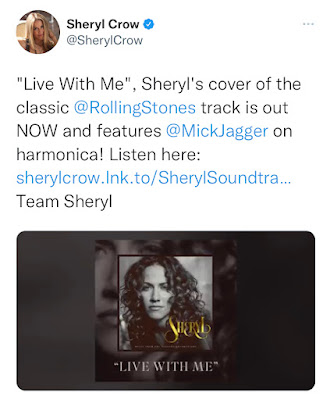 And Norah Jones' cover of Ray Charles' 'Hallelujah, I Love Him So' from sessions in 2000 is one of the bonus tracks from the forthcoming Come Away With Me 20th Anniversary reissue, out in a fortnight. 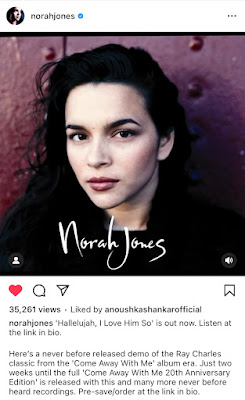 And otherwise it seems to me that a lot of people decided not to release/reissue anything on Good Friday.  Fair enough!  But you'll find a selection from those that did in the Reissues By Women 2022 Spotify Playlist.

Next Saturday is Record Store Day, one of my favourite days of the year.  Regular readers will already be familiar with my research into the gender balance of the UK RSD list (here), and the welcome improvements in the percentage of the list made up of women this year.  And if you are stuck for something to choose, I've collected together a glance at many of the catalogue releases by women that feature in the list in an Instagram stories highlight which is here for browsing purposes.  Please do tag @reissuesbywomen in any relevant RSD posts on Instagram or Twitter next weekend, I'd love to share them - and if you'd like to contribute to the Record Store Day blog roundup get in touch (deadline 6pm UK time Monday 25th April, email hello@reissuesbywomen.com or DM via Instagram or Twitter).  I've got a couple of things on my wishlist, but I have also been lucky enough to get my hands on a few advance copies for review purposes so I'll be sharing those on Instagram across this week! 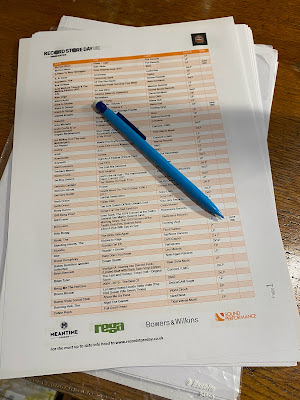