I love it when a catalogue release comes out and it reminds you just how important a particular artist is to decades of musical history. Sheryl: Music From The Feature Documentary, the new compilation from Sheryl Crow, did just that for me this week. It's a 35-track collection, packed full of hits, including 'All I Wanna Do', 'Everyday Is A Winding Road', 'If It Makes You Happy', 'My Favorite Mistake' and 'Soak Up The Sun' (which I listened to on my garden sofa whilst soaking up the sun on Sunday!), as well as three new songs.  And as the title would suggest, it accompanies a documentary about Sheryl's career in music.  Very frustratingly for those of us outside the US, it's not available yet, but it has prompted some really good reads in recent weeks about Shery's experiences of being a woman in the music industry in particular, including this one in the New York Times, which features this wonderful quote: "I hope at the end of the day, particularly the young women that look up to me can see that if you just keep going, and you stay interested and curious and fearless about what you're experiencing and writing, that you can be around 30 years."  And whilst not about reissues, but on the subject of iconic female artists doing interviews about being a woman in the music industry right now, there is also a good read with Florence Welch in Vogue where she says: "as a female artists you spend a lot of time screaming into the void".  I often feel like that as a female A&R...  Anyway, back to the subject at hand, the digital format of the Sheryl compilation album is out this week, with a 2CD following in a couple of weeks in the UK at least it seems.  And to say that I'm eagerly awaiting the details of the UK screenings of the documentary is an understatement. 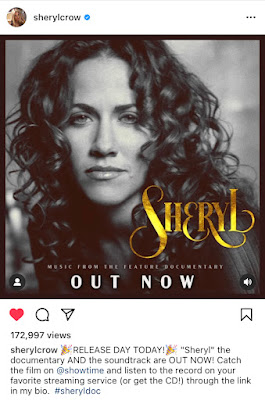 Another soundtrack-related release this week, a new "Taylor's Version", this time for 'This Love' which features in the trailer to the new Amazon Prime series The Summer I Turned Pretty.  Much debate as to whether that means the album 1989 is next in line for the re-recording treatment... 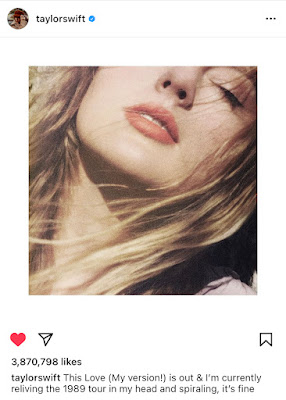 And Kate Rusby celebrates "being around 30 years", with a collection titled 30: Happy Returns - newly recorded versions of songs from throughout her career, many featuring guest artists, including Ladysmith Black Mambazo, Richard Hawley, and favourite of this blog, KT Tunstall. 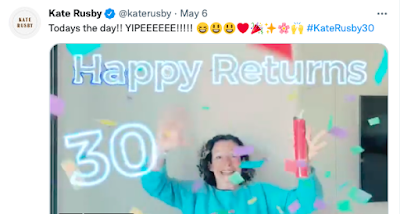 The A's, B's & Rarities component of the 2019 Transmission Vamp career box set I Want Your Love has been released digitally this week - a good reason, not that you ever need one, to listen to 'Baby I Don't Care' at full volume.  It's in the Reissues By Women 2022 Spotify Playlist along with a selection of this week's releases. 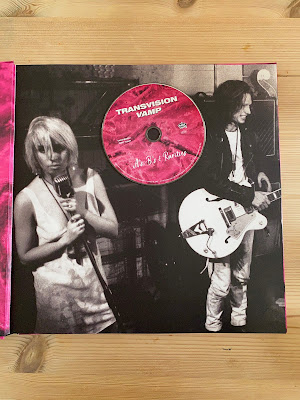 Not everything is on Spotify though - I am a keen observer of The Anchoress' monthly cover versions for Bandcamp Friday and this latest one, a version of Depeche Mode's 'Enjoy The Silence', was just such a perfect fit with Catherine's vocal style.  It's exclusive to Bandcamp and will be disappearing soon but if you hurry you might still catch it! 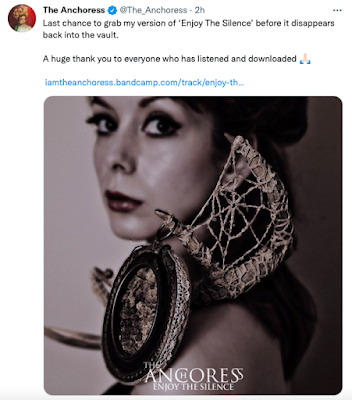 The vinyl format of Kylie's Infinite Disco came out this week too - a wonderfully upbeat dance collection which featured on the blog around the digital release last month.

And last, but by absolutely no means least, speaking of dance collections, Madonna announced a brand new collection of remixes this past week.  It's called Finally Enough Love and it marks her historical feat as the only person to have achieved fifty number ones on a Billboard chart - in her case the Dance Club chart. It comes in multiple formats, with two different versions (50 track and 16 track) and the first taster of those remixes - 'Into The Groove' (You Can Dance Remix Edit) - was released digitally this week.  The 16-track collection is out digitally on 24th June, with everything else (6LP/2LP vinyl, 3CD/1CD and the 50 track digital collection) following on August 19th.  Safe to say there will be more on this between now and then...! 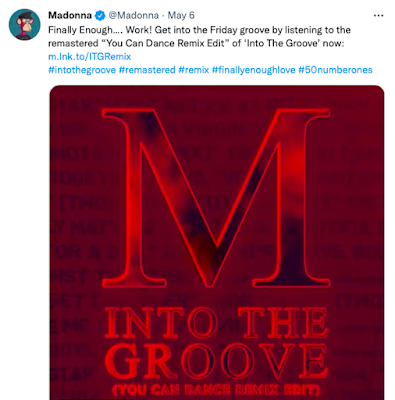 A quick mention before I finish for a new book out today that I have just ordered (even though my "to be read" pile of books about women in music is quite a tower).  Her Country: How The Women Of Country Music Became The Success They Were Never Supposed To Be (by Nashville journalist Marissa R. Moss) looks at the last twenty years of country music through the careers of Maren Morris, Mickey Guyton and Kacey Musgraves: "their peers and inspirations, their paths to stardom, and their battles against a deeply embedded boys' club, as well as their efforts to transform the genre into a more inclusive place for all".  Sounds good, right?