Regular readers may remember back to February's feature of Nicola Roberts' solo album Cinderella's Eyes.  The deluxe vinyl format - Behind Cinderalla's Eyes, complete with a bonus disc - came out this week and it's an absolute delight to behold.  I hadn't quite taken in the detail of the reissue's brand new illustration by artist Bryony Fripp that is on the cover of the gatefold sleeve (and printed on reverse board for a matt finish), and the 22-track collection is pressed on two ultra-clear discs of vinyl. At the risk of being annoying, I'm so glad I pre-ordered this because it's currently showing as sold-out, so much so that it charted at number 8 in the UK vinyl album charts this week.  The bonus disc features ten tracks in total, seven of which are unreleased songs, and the quality here is great.  The passion for music at Plastic Pop Records really shines through in this release.  The album itself is still available on vinyl, and there are multiple other configuration options with CDs and cassettes too.  And, also a reminder of a really captivating and poignant interview with Nicola from earlier in the year on episode 5 of the Hear Her Voice podcast, if you missed it at the time. 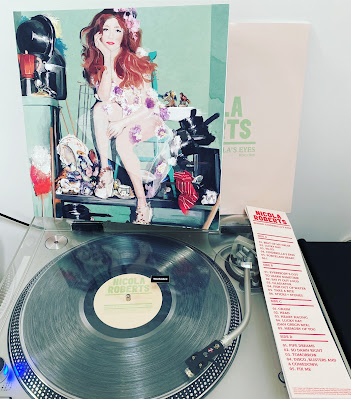 Originally released in 1981, Liza Minelli's Live At Carnegie Hall gets a reissue this week, with a new title Live In New York 1979.  Keeping the excellent original Andy Warhol cover image, it features a remaster of the 14-track collection from the opening night of her run of eleven shows at the legendary New York venue in September 1979 on 2LP red vinyl, and the 'ultimate' 3CD format also features - for the very first time - the full setlist from that series, compiled from original multitracks that Liza herself had arranged to be recorded.  I loved the inter-song chat, chuckling along merrily at her dramatic mispronunciation of 'ballad' and learning that New York is the city with the biggest number of songs written about it.  And just for the craic (as we say in Ireland), I'm going to share with you that for a second or two when I read the tracklist I wondered to myself if 'London Town' was a cover of the title track from the Wings album from the year before (I mean of course it's not.  But that would have been fun!). 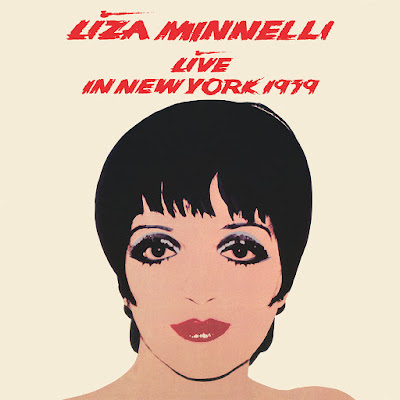 Something I missed when it was reissued digitally at the start of June (platty joobs, innit), was the 20th anniversary of Avril Lavigne's Let Go album.  Thanks to friend-of-the-blog Sam for the heads up, and no sooner had he said it than I suddenly started to see references to this album everywhere - including a photo shared by Avril herself of her in the exact same spot in New York that the album cover photo was taken, twenty years later (see below). And of course there was Olivia Rodrigo's cover version of 'Complicated' at Glastonbury (Olivia wasn't even born when this came out originally...).  There'll be a 2LP vinyl version out in January 2023, but for now I have been particularly enjoying the new recording of 'Breakaway' on Spotify from the bonus tracks - the song that Avril wrote in 2001 but subsequently gave to Kelly Clarkson. 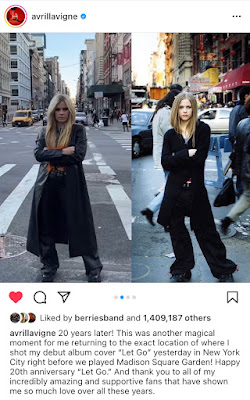 I for one am really pleased to see Self Esteem popping up all over the place in recent weeks.  From her Glastonbury performance (with an iconic outfit featuring Sheffield's Meadowhall shopping centre), to her recent turn on Jessie and Lennie Ware's Table Manners podcast, and an appearance on Celebrity Gogglebox last Friday...  But the reason I am featuring her in this blog is for her brilliant cover of George Michael's 'Praying For Time' which was part of an Apple Music exclusive compilation out last week for Pride month, simply titled George Michael Covered. Tiana Major9's version of 'Careless Whisper' is also very much worth a listen. 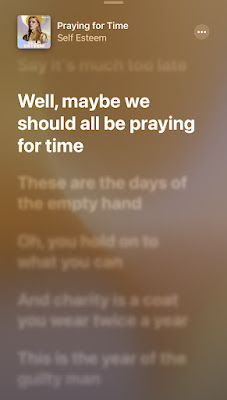 In the 'things I did that are vaguely connected to reissues by women' section, last week saw the arrival of Alanis Morissette in London on her Jagged Little Pill 25th anniversary tour.  Yes, Jagged Little Pill was released in 1995, but this tour has been postponed a few times since it was originally planned for 2020.  She's a brilliant performer, but can I admit that I wasn't quite prepared to be catapulted so utterly forcefully back to 1995?  Those lyrics still packed a punch twenty-seven years later - as support act Beth Orton put it at the O2 last week, "she came out with all this stuff women needed to hear".  (Moving tribute to her drummer Taylor Hawkins on screen for 'Ironic' too...) 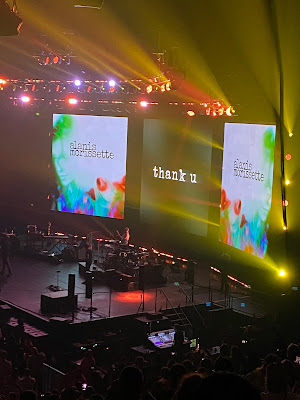 Last week, I asked a rhetorical question as to whether the number of reissues and catalogue releases by women was decreasing of late.  Now, I don't have empirical data on the subject, but I did have a read through the Norman Records reissues round up of the year so far which arrived in my inbox a few days ago and there are VERY few reissues by women featured so I'm going to venture that I have done a not too shabby job at all of running a weekly blog on this topic.  I mean self-praise is no praise and all that, but what the hell...