Undoubtedly the biggest reissue story this week is the release of Fearless (Taylor's Version) by Taylor Swift.  The album was originally released in 2008 when Taylor was signed to record label Big Machine.  Fast-forward just over a decade and Big Machine was sold, and with it the rights to the master recordings for Taylor's first six albums.  Labels are sold all the time, but this label was sold to Scooter Braun, an entertainment manager who was looking after Kanye West at the time that Kanye upstaged Taylor during her acceptance speech at the VMAs in 2009, where she had won the award for best female video for 'You Belong With Me' from Fearless.  Braun has since sold the rights to a private equity firm, a move which spurred Taylor on to completely re-record replica versions of the albums in question that she retains control of, and Fearless (Taylor's Version) is the first of those to be released.  It also includes six 'From The Vault' additional bonus tracks written at the time.  What's most interesting is that the familiarity of the original, as well as the youth of it, is very much preserved here - listening to 'Fifteen' you still believe it's by a teenager and not a thirty-something.  For those that are looking for physical formats of the new version, the Taylor Swift UK store has the 2CD, plus pre-orders for a lovely gold 3LP vinyl version and a double-cassette coming later in the year. 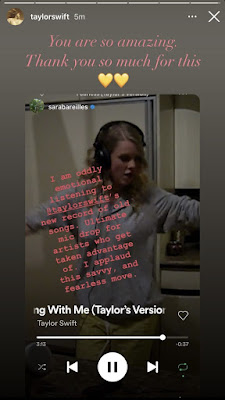 I had my attention elsewhere for much of this week and so completely failed to buy any physical releases to share on Instagram, but two worth mentioning are a red vinyl reissue of Laurie Anderson's 1982 debut album Big Science, featuring the UK number 2 single 'O Superman', and a 3CD collection by L7 called Wargasm - The Slash Years  1992-1997, featuring expanded versions of their albums Bricks Are Heavy (which includes the anthem 'Pretend We're Dead'), Hungry For Stink and The Beauty Process. 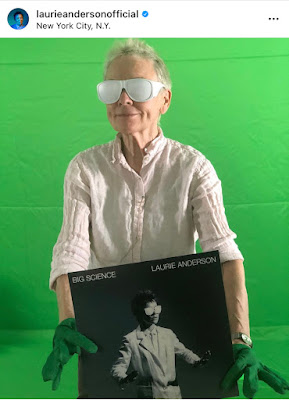 Also out this week, although not technically "by women" only, is a reissue of Fleetwood Mac's Live album from 1980.  I've added Stevie Nicks' 'Landslide', performed at Wembley Arena in June 1980, to the Reissues By Women 2021 Spotify Playlist because it's gorgeous.

Announced this week was the next instalment in the Joni Mitchell Archives series.  The Reprise Albums (1968-1971) is a four album boxset, released to coincide with the 50th anniversary of the iconic Blue, which is remastered and included in the set alongside remastered versions of the three preceding albums in the catalogue.  First single to be released is the remastered version of 'A Case Of You'.  As someone who considers herself an experienced wine drinker, I love the lyrics to this song: "Oh I could drink a case of you, darling, and I'd still be on my feet". 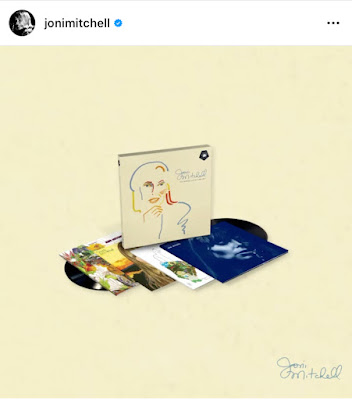 I mentioned the reissue of Sharon Van Etten's Ten last week, and this week sees another single from the Epic Ten covers due out in June as St. Panther does a superb job on 'One Day'. 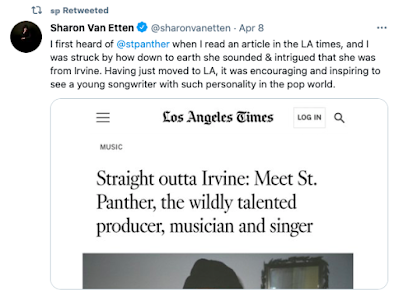 Róisín Murphy released a new reworking of the opening track to her Róisín Machine album this week.  'Assimilation' (a remix of 'Simulation') is the lead single from the forthcoming Crooked Machine album,  remixed by Crooked Man (aka DJ Parrot).  Thoroughly enjoyed some inelegant mum-dancing to this in my house over the weekend.  The album is out digitally on 30th April, and out physically for Record Store Day 'Drop 1' on June 12th. 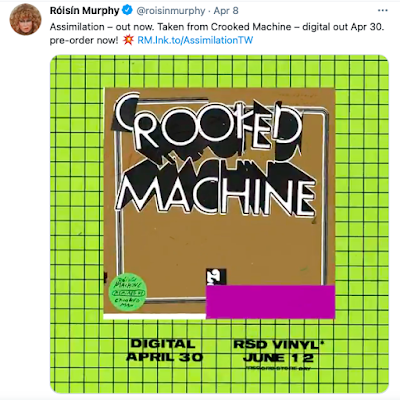 And I spotted a previously unavailable version of 'The Moon Song' by Karen O in my Spotify Release Radar this week.  It came out about ten days ago, but I can't find any info about why (please email me or DM me if you know more!).  The original version was featured in the Spike Jonze film Her in 2013 and nominated for a Grammy award and an Oscar.  This new-to-digital version is more stripped-back in style, just 90 seconds long, and lovely. 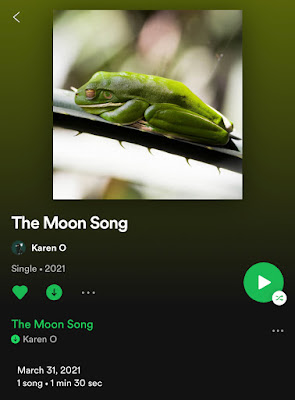 The other big news this week was the launch of the Record Store Day 2021 list.  Some really great reissues by women due out in June and July as part of this, including the unreleased Andrew Weatherall Sessions for The Fool by Warpaint, Aretha Franklin's Oh Me Oh My: Aretha Live In Philly, 1972, Jehnny Beth's covers of David Bowie for the BBC, Sinead O'Connor's Live In Rotterdam EP, Candi Staton's Trouble, Heartaches And Sadness (The Lost Fame Sessions) to name but a few.  Few is the word here, and whilst there are plenty more releases by women in the list, there are simply nowhere near as many releases by women as there are by men.  Five times fewer, to be exact.  More on that here if you didn't already see the post on it earlier this week.  But otherwise very much looking forward to the prospect of going to an actual record shop and buying some of these limited edition releases in person over the counter as part of the Record Store Day drops in a few months time... 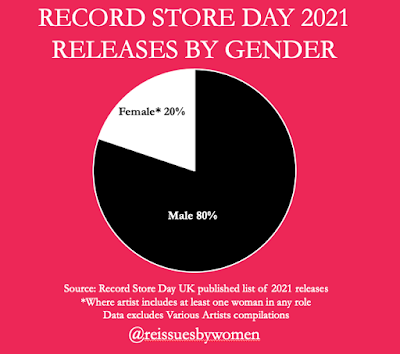