This was the week that Adele was blamed for the world's vinyl problems.  God forbid a woman might be so popular as to need half a million units of vinyl for her new album release.  We should be celebrating this success, not negating it.  The vinyl problems were in existence LONG before Adele's team placed their order for 500,000 units.  Adele's record was finished much earlier this year.  She booked her pressing slots and waited accordingly to set her release date.  And everyone writing those stories blaming Adele knows all of this.  Clickbait nonsense.  End of.

The Chrissie Hynde-curated reissues of Pretenders and Pretenders II were first on the speakers on Friday morning.  Clocking in at about 6 hours in total across the two albums, they are three CD/component collections including demos, outtakes, single mixes, live performances and radio sessions.  Pretenders includes multiple forms of the iconic 'Brass In Pocket' which I have a real soft spot for and I'm going to indulge myself in a little personal story.  Just before lockdown in March 2020, I was at a lovely event for the launch of Pete Paphides' excellent book Broken Greek.  Pete had mentioned that there were going to be a few performances of songs mentioned in the book so there was a stage set up, but I was down the back of the venue at the bar doing a lot of chatting when the music started.  I'm mid-chat with Craig from the Needle Mythology label team when I stop to comment that the woman performing a version of 'Brass In Pocket' is "very good" and "sounds remarkably like Chrissie Hynde".  Readers, it was indeed none other than Chrissie Hynde herself!  And here is a wonderful photo to prove it - ha ha... 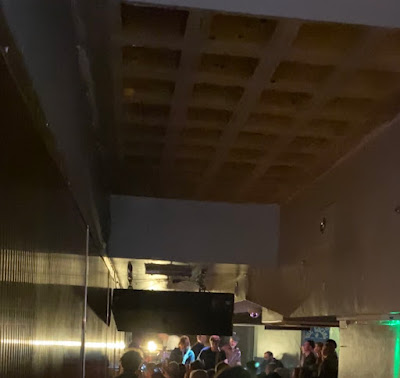 Garbage's Beautiful Garbage (or is it beautifulgarbage?) celebrates its 20th anniversary with an expanded reissue out this week.  Listening to it this week, I was remarking to myself how well the singles -  'Androgyny', 'Cherry Lips', 'Breaking Up The Girl' and 'Shut Your Mouth' - have aged. The expansion involves demos, b-sides, a whole host of remixes, as well as live tracks including cover versions of Lou Reed's 'Candy Says', The Rolling Stones' 'Wild Horses' and U2's 'Pride', the latter of which is a personal favourite.

I first heard Deana Carter's 'Strawberry Wine' just earlier this year when my friend Sam sent it to me for the Reissues By Women Summer Playlist.  And it's the absolute epitome of a classic summer love song.  So when I saw that her album Did I Shave My Legs For This? had a 25th anniversary reissue this week, I was straight on Whatsapp to Sam (who is fast becoming a country music consultant for Reissues By Women!).  And he was straight back with the full history of it - the album (which, can I just say, has one of the best titles ever) was first released in the UK in 1995.  A couple of singles just broke into the top 100, but otherwise it didn't make much of a dent.  For the American release, her US label suggested re-recording some of the tracks, and in the end only 3 of the originals remained (including the title track).  One of the new songs was 'Strawberry Wine' which went on to be a number 1 on the Billboard Country chart, and the US version of the album has been certified five times platinum. The artwork between the two was different too - and Sam very kindly sent me a photo of his original CDs to illustrate this!  The digital reissue includes the songs from both versions, along with a new re-recording of 'Strawberry Wine' and 'Did I Shave My Legs For This?' with a host of guest artists. 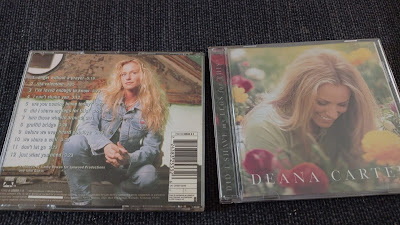 Diamanda Galás' self-titled album from 1984 was reissued last week digitally and on CD and I mentioned that my husband was a big fan and so I'd been saving this to listen to it with him.  He remained unconvinced that this album wouldn't scare the absolute bejaysus out of our slumbering children any night of the week, so I took it out on my walk this morning and concluded that he was right!  Its themes are rage and grief centring around experiences of the prison system, across two tracks of over fifteen minutes long each, so it's hardly aimed at children - but it is certainly expertly executed.  Awaiting news of the vinyl release date (cue to insert jibe about Adele if I was that way inclined), and I'll treat my husband to it for a time when I take the kids out to the library or something.

Faye Webster's Live At Electric Lady EP was featured here a few weeks back, and this week I have been listening to the  Live At Electric Lady Spotify exclusive EP by Michelle Zauner - aka Japanese Breakfast -  which came out last week.  Similar format - 8 tracks, half of which are versions of songs from the Japanese Breakfast album Jubilee released earlier this year, including a beautiful version of single 'Be Sweet' with strings.  It's also got versions of 'Boyish' from her 2017 album, 'Ballad 0' from her 2020 project Bumper, 'Lindsey' from her previous band Little Big League, and it closes with a cover of Weezer's 'Say It Ain't So'.

Not quite wholly featuring women, but the charity covers album Salvation (Inspired By The Cranberries For Pieta) has some excellent versions of Cranberries hits by many female artists, including the beautiful cover of 'No Need To Argue' by Sinead O'Connor which opens the collection.

A lovely one that didn't quite register with me when it first came out a few weeks ago - Katie Melua has released an acoustic version of 'Remind Me To Forget', the closing track on her Album No. 8 from last year.  This is the first single from the suitably titled 'Acoustic Album No. 8' which is released on 26th November (and includes signed copies available for pre-order).

Blondie's 'Yuletide Throwdown' is out on vinyl (pink or black) and digitally and despite my rule of 1st December being when Christmas music is permitted, I did have a sneaky listen to this and it's brilliant.  And Sigrid has released a Christmas reworking of her 2019 song 'Home To You' with some snow-related lyric tweaks and underlying jingle bells.  Expect to see both in the updated Reissues By Women Christmas Playlist on the aforementioned permitted date!  If you have any more suggestions to add that we didn't include last year, by all means get in touch over the next few weeks, the more the merrier (last year's playlist is here for reference).

If you are looking for a playlist in the meantime, don't forget that the Reissues By Women 2021 Playlist gets updated every week. 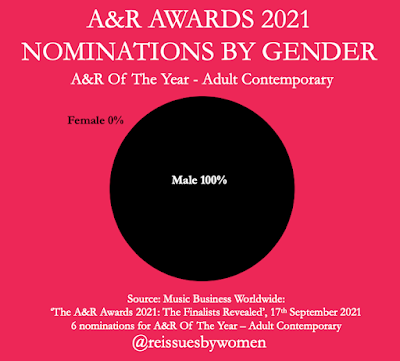