This weekend was all about Record Store Day.  I saw many social media posts referring to it as the record buying equivalent of Christmas, and it was so lovely to have a "normal" Record Store Day in its usual slot of April for the first time in 3 years (although there is a second 'drop' on 18th June for anything that didn't quite make it in time).

I visited Rough Trade East on Saturday, they had a special RSD pop-up shop which was most efficient if you knew what you were looking for.  I did miss being able to have a flick through the racks, but it meant that their main store wasn't utterly rammed and it was possible to have a browse in there instead.  Here I am standing really casually outside the pop-up shop with one of my purchases, the Patti Smith compilation Curated By Record Store Day... 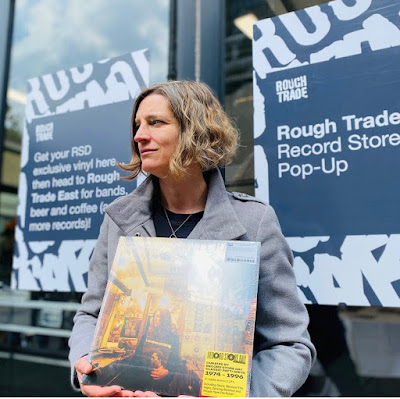 Patti Smith's Curated By Record Store Day is just that, and I love it as a concept.  The tracklist was compiled by Record Store Day (US) co-founder Michael Kurtz, and it features a selection of classics from 1974 to 1996, including my favourites 'People Have The Power', 'Dancing Barefoot' and 'Gloria'.  And it was one of three releases in the UK where £1 for every sale goes to War Child (the other two being Dire Straits and Deacon Blue). 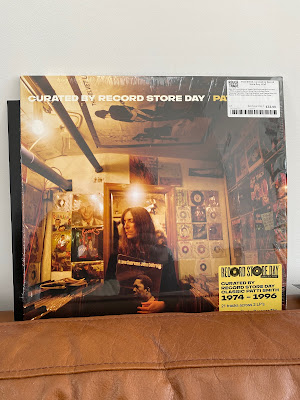 I know I go on about my Record Store Day research a lot, but I spent a lot of time last year thinking about potential reissues by women to suggest with a view to improving the gender balance of this year's list (with some degree of relative success if I do say so myself!).  So I was absolutely delighted to get finished copies of two of my proposals this week - Melanie C's Northern Star and Dusty Springfield's See All Her Faces.  I must state that my involvement was in idea only, the finished product, tracklist and package is all down to the brilliant teams that worked on each of these releases.

I really love the etch on Side 4 of the RSD exclusive reissue of Melanie C's Northern Star. Never before on vinyl, the reissue comes with three bonus tracks - alternate mixes of the two singles as well as original Japanese bonus track 'Follow Me' which was written with Bryan Adams. Northern Star is the biggest selling solo album by one of the Spice Girls - and 'Never Be The Same Again' with Lisa 'LeftEye' Lopes is without a doubt my favourite solo Spice song.  Hopefully this sets a precedent for more solo Spice reissues on vinyl (I have already made suggestions!). 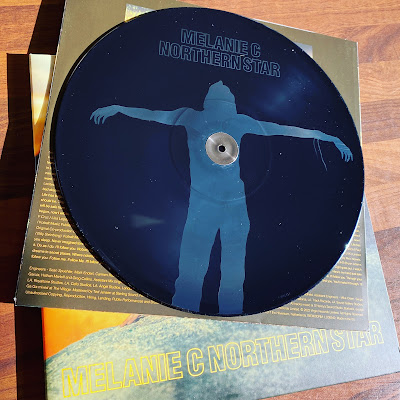 Dusty Springfield's See All Her Faces turns fifty this year, and the new reissue is the first time it has been pressed on vinyl since its original release, and with nine extra bonus tracks to add to the original fourteen.  The original album was a bit of a mixture of sessions, which may explain why it was overlooked before now - but I was really blown away by this collection when I played it all on Friday night (even though it shouldn't have come as a surprise to me!).  The inner sleeve of disc one features the original tape boxes as the artwork.  I am a total sucker for this approach. 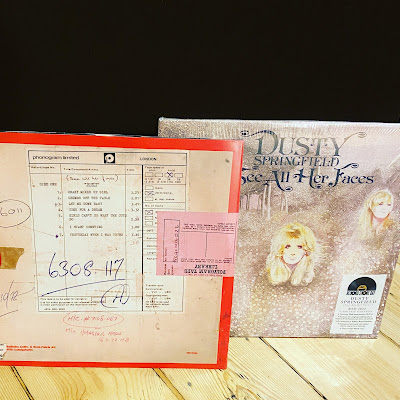 Also a special mention for the red vinyl "Super Club Mix" 12" EP of Madonna's 'Who's That Girl' and 'Causing A Commotion', which will instantly take you right back to 1987. 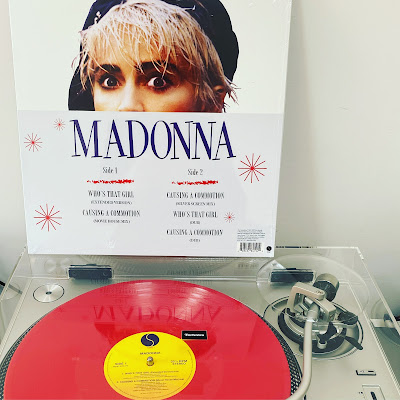 Dana Gillespie's Foolish Seasons was recorded in the late sixties, and this is the first time it has been available on vinyl in the UK.  The reissue includes new liner notes by Dana on the inner gatefold, where she explains: "I insisted that the album should feature some of my own songs.  Most female artists of the time weren't recording their own compositions, but I was determined to be different and to become known as a songwriter".  This reissue includes two previously unreleased songs too. 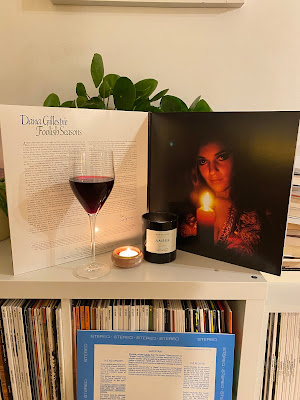 Marking Sandy Denny's 75th birthday is Gold Dust - Live At The Royalty, an eleven track live recording from her final concert at London's Royalty Theatre on 27th November 1977. This one was overseen by the Grammy-nominated team responsible for the Bobbie Gentry box set The Girl From Chickasaw County in 2018 - Andrew Batt and Kris Maher, the former also writing the very captivating liner notes in this reissue package.  They have reinstated the chat and the audience omitted from previous releases of these recordings and this really gives extra depth and context to the set, which poignantly closes with 'No More Sad Refrains'.  This is one of two Sandy Denny releases for RSD this year - other being the Earth Recordings 2LP collection of Early Home Recordings. 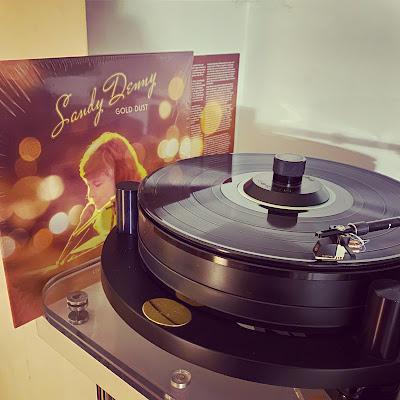 These are just a very, very small selection of the many reissues by women on the Record Store Day list, I may indeed pick up a few more in the coming weeks - online sales in the UK start at 8pm on Friday for anyone who didn't get to a shop this week.  And the indie stores are quite rightly encouraging people not to panic-buy anything on eBay in the meantime.  RSD 2022 Ambassador Taylor Swift's 'The Lakes' 7" is commanding over £100 in many instances on eBay even though it is quite possibly one of the least rare of all items on the RSD list in terms of units manufactured.  There are also quite a few things that are not out until the second drop on 18th June, including Beth Orton's two albums which I know are sought after.

And if you would like to read more Record Store Day reviews right now, I can highly recommend Clash's Just Played column by Gareth Evans (warning - also includes releases by men!)

There were some non-Record Store Day things out this week too:

Amy MacDonald's This Is The Life was reissued on vinyl, fifteen years after it was released (or sixteen as Amy initially captioned it on Twitter alongside a lovely video of her talking about the vinyl).  A UK number one album in 2008, featuring the hit single 'Mr Rock & Roll', it's been reissued on 2 x 10" white vinyl.  Seems to be sold out in quite a few places so you might have to have a hunt for this one.

Also out on vinyl this week is Pretenders and Pretenders II which have been released on black vinyl in their remastered form, following the 3CD deluxe editions released last year and featured on the blog back in November.

And Martha Tilston's cover of Kate Bush's 'Cloudbusting' was released digitally this week - it's the first single from her forthcoming eighties' covers album Life's What You Make It out on 27th May.  I really hope that the title means there'll be a cover of my favourite Talk Talk song on the album...

Where things are available digitally, I've included them in the updated Reissues By Women 2022 Spotify Playlist - enjoy!