Without a doubt, my favourite artwork on a reissue this week is the Dexter Brown impressionist paintings that adorn the cover of the Toyah! Toyah! Toyah! expanded album and accompanying booklet. Would love to see more of this sort of thing on cover art generally now that I think about it.  Anyway, this is the third in the reissue series of the Toyah catalogue by Cherry Red, following Sheep Farming In Barnet and The Blue Meaning, and it's a live album - recorded by the Rolling Stones' Mobile Recording Kit at Club Lafayette in Wolverhampton on 17th June 1980.  The full concert performance is remastered and released together as a complete set for the first time - on either neon yellow vinyl or on CD - and it includes two of my personal favourites: 'Ieya' and 'Neon Womb'.  The CD format also includes a bonus DVD with the ATV documentary that followed Toyah through much of 1980.  There's new liner notes by Toyah's official archivist, Craig Astley, and a new introduction by Toyah herself, which concludes: "three months later I became the biggest thing in England since sliced bread!". 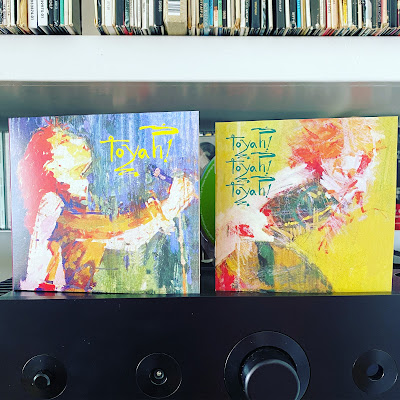 I missed the release of Anna Von Hausswolff's Live At Montreux Jazz Festival when it came out digitally earlier this year, but it's out this week on vinyl which gives me an opportunity to mention it now.  This live set from 2018 was my first introduction to the work of Anna Von Hausswolff and it's a 6-track set of songs from her albums The Miraculous and Dead Magic.  Anna opened for Nick Cave at the 2018 festival, and for those not familiar with her already, don't be caught out for assuming she plays 'traditional' jazz.  It's gothy and haunting and powerful and heavy and enveloping...  For those in the UK, Reflex Records (whose email alerted me to the release) have copies of the indies only black and white marbled vinyl. 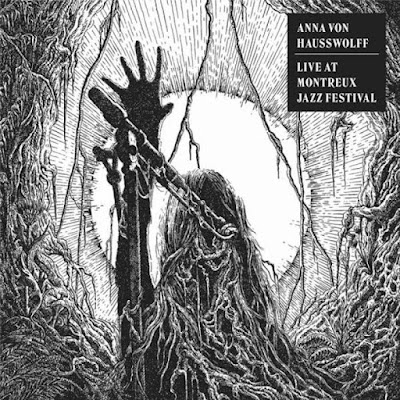 Also at the louder end of things, Amyl And The Sniffers' 2021 album Comfort To Me has been reissued in deluxe vinyl form this week, with a bonus live album recorded in their home city of Melbourne, a foldout poster and new artwork.

Realised yesterday that I completely omitted the latest single by Frou Frou from last week's blog post.  So I'm mentioning it now - 'Guitar Song (Demo)' was released about ten days ago, and it's the second single from the forthcoming 6-track EP to celebrate the 20th anniversary of the album Details by Imogen Heap & Guy Sigsworth.  I've added it to the Reissues By Women 2022 Spotify Playlist along with tracks from the other releases listed above. 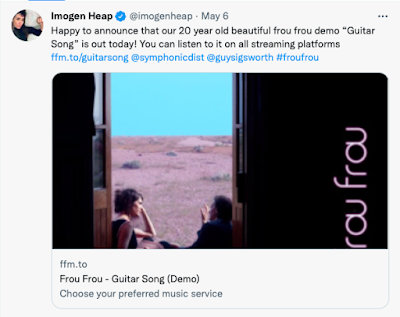 I must admit to being mightily confused with the announcement of the 30th anniversary reissue of Hormonally Yours by Shakespears Sister this week.  Not that I didn't know that it was celebrating a 30th anniversary this year, but because I couldn't for the life of me recall what reissue I had featured on the blog last year.  Turned out I'd bought the 29th anniversary blue vinyl (it's obvious now when I think about it, of course), but the 30th anniversary is a much bigger suite of formats, including lots of options with a signed photo (love a signed photo). I'm particularly taken with the sequinned catsuit edition...  Available for pre-order now, for release on 19th August.

I haven't yet watched any of the new series Conversations With Friends (the adaptation of the Sally Rooney book, and follow up series to Normal People), but I did notice a lot of artists posting on social media about the soundtrack over the past few days - and it would seem likely that a synch placement in this hotly tipped series is probably quite the coup.  It prompted me to look up the details of the music and here is an article by the trusty Radio Times if you are similarly interested.  Point to note: there are lots of female artists - including Tori Amos, PJ Harvey, Joanna Newsom, and a brand new song by Phoebe Bridgers, plus some excellent Irish female talent too (especially pleased to see that the final episode features Wyvern Lingo and Loah's cover of No Doubt's 'Just A Girl').

And on the subject of books, my copy of Her Country by Marissa R. Moss arrived in the middle of last week and I'm finding it pretty un-put-down-able.  It's cheaper on Amazon this week than it was last week if you are interested. 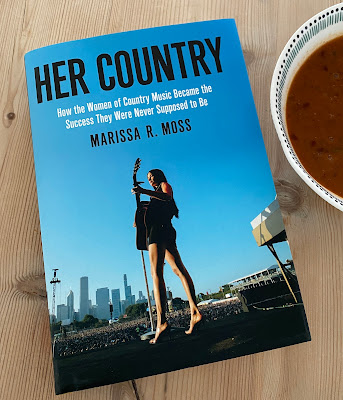