Out on vinyl this week is Angel Olsen's Aisles - a 5-track EP of 80's covers, each track as exquisite as the last.  I featured her version of 'Gloria' (of Laura Branigan fame) earlier in the year, and it has been no mean feat to pick a favourite from amongst the other four - in the end 'Safety Dance (Men Without Hats) just pipped 'Eyes Without A Face' (Billy Idol).  The EP is a lovely package with all the things I like - reverse board, matt finish, and although I never bother with download codes, I loved the tone of this one ("your good taste has been rewarded...").  It's been on streaming for a while, but this is the first vinyl release on Angel's own label - somethingscosmic.  Highly recommended. 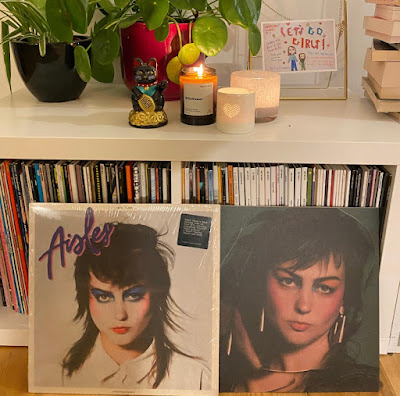 Also out on vinyl this week are coloured vinyl reissues of Sophie Ellis-Bextor's second and third solo albums: Shoot From The Hip (2003) and Trip The Light Fantastic (2007). They follow her debut Read My Lips which was reissued earlier in the year.  I missed the boat on the initial pressing of that one, but I'm currently hovering over the buy button for the green 2LP of Trip The Light Fantastic - it opens with the first three singles: 'Catch You', 'Me And My Imagination' and 'Today The Sun's On Us' and is just a lovely upbeat collection of dance pop (the vinyl version includes six bonus tracks).  I also never miss an opportunity to tell people how much I like Sophie's podcast: Spinning Plates. 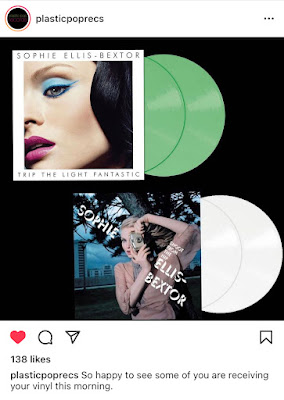 Just released today was a new EP by Jane Weaver, whose album Flock was one of my favourite new releases of the year (I never miss an opportunity to mention that either!).  The latest EP is a 6-track digital collection - called Sunset Dreams - including three remixes plus unreleased songs from the original Flock sessions.  Like Angel Olsen's EP, immediately it finished, I pressed play on this one again from the start.  Jane mentioned on Instagram that there will be a vinyl pressing too - dates not yet announced it seems. Another remix released in advance of the Nina Simone collection Feeling Good: Her Greatest Hits And Remixes - this time, 'See-Line Woman' has been mixed by Riton.  I spent more time than was sensible or necessary googling the difference between "See-Line Woman" and "Sea Lion Woman" last night (and I have nothing further to say on this matter...!) 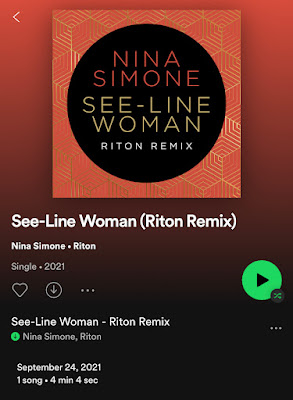 It seems that remixing is catching: I'm A Rainbow - Recovered and Recoloured is a forthcoming posthumous release of a "lost" eighties album recorded by Donna Summer which has been remixed.  Out this week is the advance single 'Leave Me Alone' (Ladies On Mars 'Independence' Remix)'. 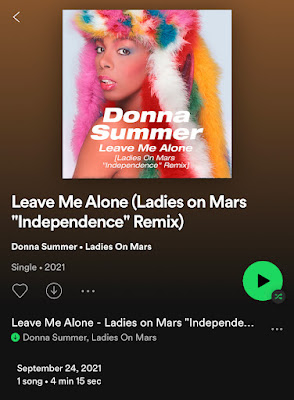 And Taylor Swift is back, covering her own songs. 'Wildest Dreams (Taylor's Version)' was released last week - full disclosure, I didn't notice until it arrived in my Release Radar this week.  Finger on the pulse, me...  Anyway, Twitter tells me that the original (from her 2014 album 1989) was trending on TikTok, so she decided to put out a re-recorded version.  For anyone who needs a reminder about why Taylor Swift is covering her own songs, there's a digest here. 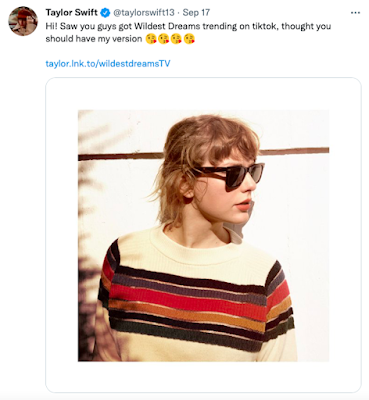 I've added St. Vincent's cover of 'All Tomorrow's Parties' from I'll Be Your Mirror - the tribute album to The Velvet Underground & Nico out this week - to the Reissues By Women 2021 Spotify Playlist too. 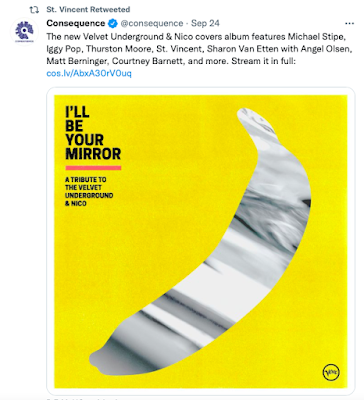 And in case you missed it, there's also a new little Reissues By Women - Autumn Spotify Playlist.  Rather than crowd-source all the songs in advance, I put together a starter set to get it going and so I'd love to hear from you if you have suggestions of autumn-themed songs by women to add! (Email hello@reissuesbywomen.com or comment/DM on Instagram or Twitter).  Thanks to those who have already sent in great additions... 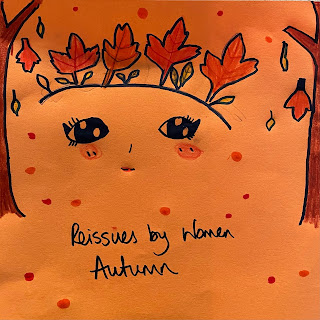