There's been a real ebb and flow to the volume of reissues by women in recent weeks.  And unless I am very much mistaken, this week has been more of an ebb week.

Which makes it fortuitous that I haven't already mentioned Natalie Cole's Unforgettable...With Love, remastered and expanded for its 30th anniversary to include two bonus tracks.  It was released digitally and on CD a couple of weeks ago and will be available for the first time on vinyl on 25th March.  Listening to the album again this week, it's really easy to see why it won so many Grammy awards (seven in total), including Album Of The Year.  It's just breathtakingly beautiful.  The showstopper is the (somewhat groundbreaking, if memory serves me correctly) 'virtual' duet on 'Unforgettable' with her father Nat King Cole, who had been dead for over twenty five years at the time of release, and yet it's a seamless marrying of voices.  It also includes the singles 'Our Love Is Here To Stay' and 'L-O-V-E' as well as the sublime album opener 'The Very Thought Of You'. 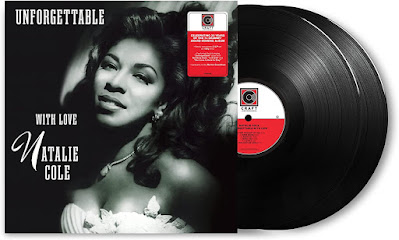 It's only a week since there was a Nina Simone compilation on this blog, and here we are with a live collection Nina Simone: The Montreux Years.  In fact, this one has been on the blog before too, as it was released digitally last summer - but the vinyl format is only just out now.  It's a beautiful looking package,  with a limited edition 180g 2LP clear vinyl with turquoise and yellow splatters.  And I can only apologise for not having purchased it to enable me to gush more about it, but no physical formats were purchased by this blogger this past week, as the unravelling of half-term plans combined with the urgent day-job deadlines juggle was very real and left no time for advance browsing or proper planning.  This live compilation features performances from all five of her performances at the legendary Swiss festival - 1968, 1976, 1981, 1987 and 1990 - and includes favourites such as 'My Baby Just Cares For Me', 'Ain't Got No, I Got Life', 'See-Line Woman', and 'I Wish I Knew How It Would Feel To Be Free' as well as a gorgeous version of 'Don't Let Me Be Misunderstood' from the 1968 show which I've selected to add into the Reissues By Women 2022 Spotify Playlist this week. 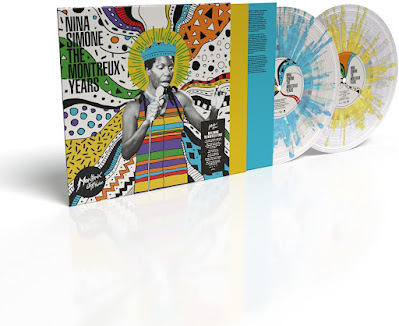 Also not yet purchased on vinyl this week (what kind of pretend music blog is this, really?) is the Eva Cassidy compilation Songbird.  Originally released in 1998, two years after her death, it took another two years for the album to get the attention of the British public after airplay of her covers of 'Over The Rainbow' and Sting's 'Fields Of Gold' on Radio 2, which ultimately resulted in it being a UK number 1 and one of the best selling albums of 2001. This "deluxe" version has been newly remastered cut at 45 rpm across four sides of vinyl. 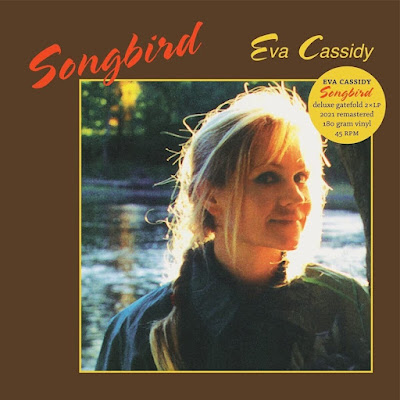 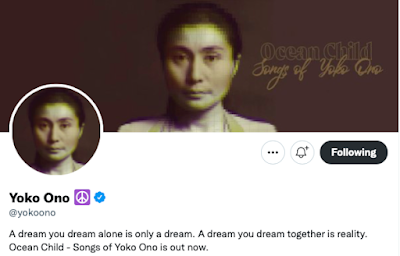 In case you missed it, the Record Store Day 2022 list was announced last week, which gave me the opportunity for a bit of a count to see how women were fairing against men in terms of volume of releases.  I was really heartened to see an improvement in the balance, and I hope this is just the start of things moving in the right direction (the results are here if you haven't already seen).  Also on the subject of Record Store Day was an article in the Guardian titled 'Record Store Day is harming, not helping, independent music shops like mine'.  It's an interesting read, and the suggestion is that with around 400 releases coming out just for Record Store Day alone, during a time when the vinyl industry is in crisis, that perhaps RSD having a fallow year would be a good idea to let the industry catch up.  But it doesn't work like this.  If RSD was cancelled, the major labels would still use their same capacity bookings, they'd just use them in other ways.  They wouldn't just give them back to the plant and suggest they get allocated to a new up and coming artist putting out a DIY release, or to a small indie label.  It may not seem fair, but it's an industry and that's how the corporate world works...  I'm not saying there isn't scope for change, but in the same way that Record Store Day is not to blame for the gender make-up of its list, it is not to blame for the ongoing global vinyl crisis.

Getting off my soapbox now.  Have a good week! 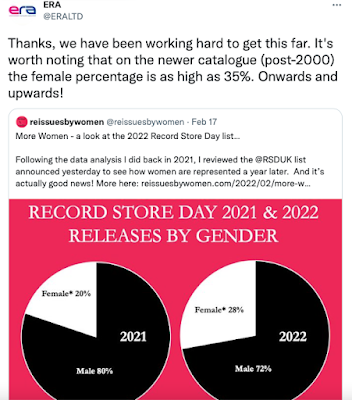