The word that sprang to mind while listening to the super deluxe 20th anniversary reissue of Norah Jones' debut album Come Away With Me this weekend is "pure".  The original album's 14 songs have another 30 tracks added to make a 3CD collection, and across the multiple versions of the title track, what stands out is the absolute purity of her voice.  I loved the curation here - 22 of the 30 tracks are previously unreleased, and the bonus content covers demos, early session versions of album tracks (previously released as the First Sessions EP), first session outtakes, and The Allaire Sessions - the first version of the album that Norah made at Allaire Studios in upstate New York, most of which has never been heard before.  There's A LOAD more detail in the announcement press release over at Norah's website, which I won't rehash here, but I liked the reminder that this album emerged in the wake of the 9/11 attacks on New York and I definitely felt that the warmth of these songs was very welcome with all the shit going on in the world of late.  Nice touch reissuing it on International Jazz Day too.  It's out digitally and on CD this week, with the expanded 4LP vinyl to follow on 20th May. 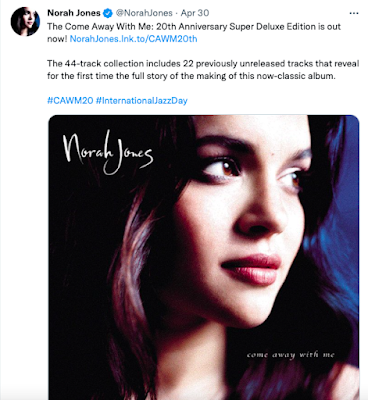 Catalogue used to have a lot of negative connotations in the music industry, particularly about age (maybe it still does and I choose to ignore them?).  Which is why I love to see artists with what's referred to as "shallow" catalogues - that is, relatively recent - being active.  Faye Webster is a great example of this, actively releasing new music (her latest album I Know I'm Funny Haha was released less than a year ago) but continuing to revisit her earlier works - be it vinyl reissues (her self-titled 2017 album made its vinyl debut early last year and was featured on the blog), Spotify-exclusives (Live At Electric Lady, a 7-track EP from October) and her latest EP which is called Car Therapy Sessions and includes reimagined songs from her 2019 album Atlanta Millionaires Club and I Know I'm Funny Haha performed live with a twenty-four piece orchestra. Car Therapy Sessions came out digitally this week (vinyl will follow in November) and it continued the warm and enveloping vibe I had after listening to Norah Jones! 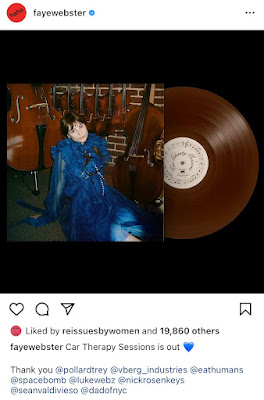 Announced this week is The Versions - a 10-track collection of reworkings of Neneh Cherry's songs.  Along with the announcement is Sia's version of 'Manchild' available digitally this week, it follows Robyn & Maipei's cover of 'Buffalo Stance' from a few weeks ago and also features Sudan Archives, Greentea Peng and Honey Dijon.  The album is out on 10th June, I've pre-ordered the vinyl (couldn't resist the signed print option via recordstore.co.uk) and I'm really looking forward to hearing ANOHNI's version of 'Woman' in particular. 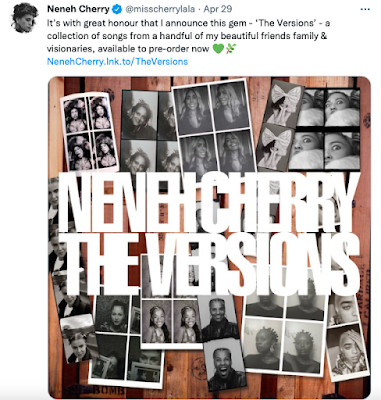 And the deluxe reissue of Debbie Gibson's Anything Is Possible which was released on CD/DVD in March (and featured on the blog then) is now available digitally.

A reminder that if you didn't manage to get out to a shop for Record Store Day, remaining stock went online on Friday evening at 8pm (and the store directory is here!).

And as always, a selection of tracks has been added to the Reissues By Women 2022 Spotify Playlist.